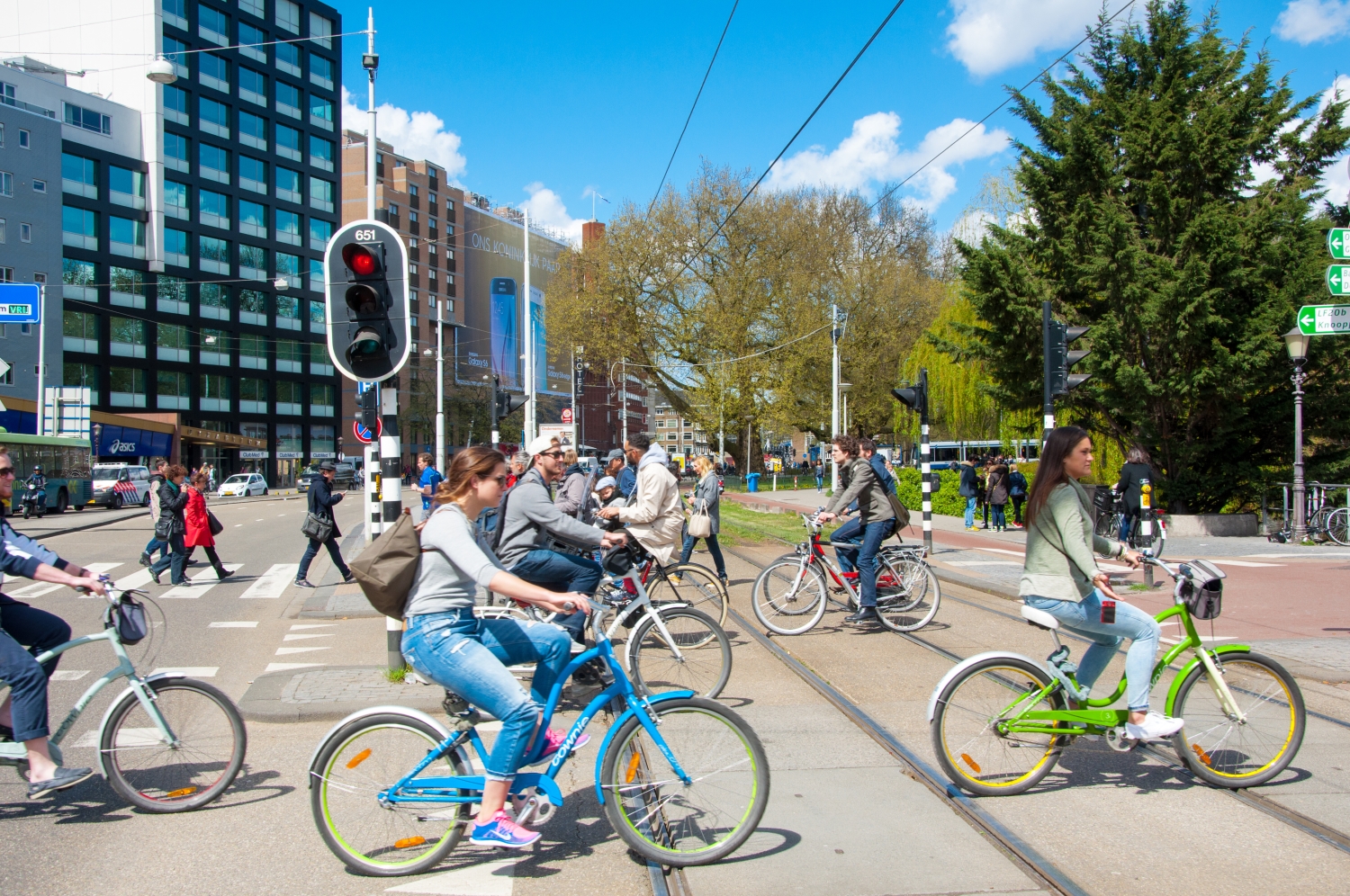 A healthy city is a well-planned city – EuropaProperty

More than half of the world’s population live in cities today and this proportion is increasing. According to UN estimates, in 2050, about three quarters of all people will live in cities. Set against a background of demographic data and climate change, shaping of living space so it has a positive effect on our health is extremely important. It’s achievement requires a meticulously prepared strategy that improves people’s living conditions and covers areas including ecology, education, prevention and responsible spatial planning.

The problems of cities are increasing in direct proportion to the increase in their population and their territorial range. Environmental pollution, civilization diseases, stressful noise, traffic jams and inefficient transport are just a few items on the long list of urban problems. All of them have a significant impact on people’s health, which means not only physical, but also mental, emotional and social health. Therefore, local governments and numerous organisations involved in urban planning are visibly tackling these issues.

One of the simplest recipes for a healthy city is a large amount of greenery. Trees play a special role in the urban ecosystem. They provide shade, protect buildings against wind and overheating, purify the air through steam production, and above all have a very positive effect on our health. As research shows, spending time among greenery improves mood and reduces stress.

“People don’t realise that an adult tree near where they live not only provides aesthetic value, but is above all an investment in their own mental and physical health. It protects against adverse weather conditions, such as heat, rain or storms and saves money on energy costs,” says Dr Marzena Suchocka, co-founder of the Tree Institute and lecturer at the Department of Landscape Architecture at the Warsaw University of Life Sciences. “Trees improve well-being, and their presence near homes is correlated with a reduction in spending on medicine. These facts are confirmed scientifically,” she adds.

As Marzena Suchocka notes, in Western Europe since the 1960s, the benefits of trees in urban ecosystems and the replacement value of trees have been calculated. This kind of knowledge translates into a higher awareness of the value of greenery and the importance of its protection and care. For example, in Berlin, local authorities run a long-term management strategy – each tree has its own record card in which information about its status and history is recorded, including the date of its planting or any diseases it might have had.

Other European cities also implement green policies. At the end of last year, authorities in Milan announced a plan to plant 3 million trees. Paris, on the other hand, focuses on plants on buildings. Greenery will be planted on around 100 hectares of roofs and walls by 2020. One-third of this area is to be used for urban vegetable and fruit crops. Local governments are not always able to handle such ambitious plans, which is why the New York authorities are cooperating with local residents, NGOs and private investors in their MilionTreesNYC programme.

Urban planners are paying more and more attention not only to the aesthetic values of greenery, but also to attempts to reduce allergic symptoms caused by pollen. In Europe, the first anti-allergic parks are appearing, for example Parc Zénith in Lyon.

A healthy and green city does not necessarily mean a spread-out city. In fact, it is quite the opposite. “The more compact a city is, the better the access to amenities, public transport, bicycle paths, public spaces and medical care. Compact urban fabric limits its encroachment on green areas, stopping urban sprawl. Balancing the interests of different social groups means ensuring access to basic services within each housing estate or district. Lack of access can deepen the processes of social exclusion. Cities should also have a sustainable land use policy, for which a convenient public transport network helps,” notes Andrzej Gutowski, director of green building certification at Colliers International. ”Education plays an important role in creating healthy cities as well as organisations that are particularly involved in this aspect. One of them is the Urban Land Institute, a global non-profit organisation which Colliers cooperates with. It is involved in research into urban space and education in this area,” adds Andrzej Gutowski.

Cities need responsible management and cooperation between authorities, urban planners and non-governmental organizations. The key is to match space to the needs of the local community. This is particularly important in aging societies, where there is a greater need for health care, and green urban areas allow pensioners to spend time peacefully and free of stress.

However, regardless of the demographics of the community living in a given area, lack of basic facilities is the main factor increasing the probability of mental (stress, depression, addictions) and physical (cardiovascular or respiratory diseases) conditions, as well as the deepening of social exclusion. The development of infrastructure and improvement in the quality and safety of urban space will be conducive to increasing the comfort of life of inhabitants.

An example of this is the design of buildings and entire city quarters in the active design model, according to which architecture and urban layout should support physical activity. A responsible approach to spatial planning can combat obesity in children and adults, which is one of the most serious health problems in the 21st century. For this purpose, more money needs to be spent on sports infrastructure and parks that help in activating residents and promoting a healthy lifestyle. For older people, for example, streets with wide pavements are appearing, where moving around is safe and pleasant, and road signs provide information on how long it will take to walk to nearby parks and other places.

“Urban space is increasingly being designed so that it functions as a natural gym and motivates us to move regularly. For this purpose, various facilities are arranged at short distances, which can be reached on foot in 10-15 minutes without having to travel by car or even public transport,” says Dorota Wysokińska-Kuzdra, Urban Land Institute Poland Chair. “For example, Melbourne has set a goal to provide all its residents with access to jobs, schools and health care within a distance of no more than 20 minutes from home measured as the time when we arrive on foot, by bike or public transport. In this way, the city encourages residents to stop traveling by car, which contributes not only to an active lifestyle, but also to better air quality,” adds the ULI expert.

Other common healthy urban planning practices include the creation of high-quality public spaces with better lighting and infrastructure, which increases safety and reduces traffic. Local authorities are also trying to improve the aesthetics of the urban landscape to encourage walking and cycling. An example is the metamorphosis of Świętokrzyska Street in Warsaw after the completion of the central section of the second metro line. Removing cars from pavements, increasing the space for pedestrians and cyclists at the expense of roads, and planting rows of trees turn gloomy main roads into pleasant places for a walk.

It is impossible to talk about building a healthy city without intelligent transport planning. Smog, which is one of the most serious threats to human health in the 21st century, is generated in large cities by cars. They are also the main source of noise, which can cause fatigue, irritability and poor concentration, as well as being a stress factor. For these reasons, many European cities have adopted a strategy to reduce passenger cars by developing public transport, bicycle paths and walking areas. Local authorities are also trying to reduce air pollution through restrictive regulations for owners of combustion-engine cars and replacing the public transport fleet with electric vehicles.

One of the most expressive examples of pro-ecological urban policy is Paris. The city’s mayor introduced a ban on diesel vehicles produced before 2005 and all cars from before 1997 entering the city to combat air pollution. By 2030, the ban will cover all cars with internal combustion engines. In parallel with vehicle restrictions, spatial changes are underway. Numerous streets in the centre of Paris have been turned into beaches and sports and recreation zones, designed to encourage people to spend time actively and to form healthy habits.