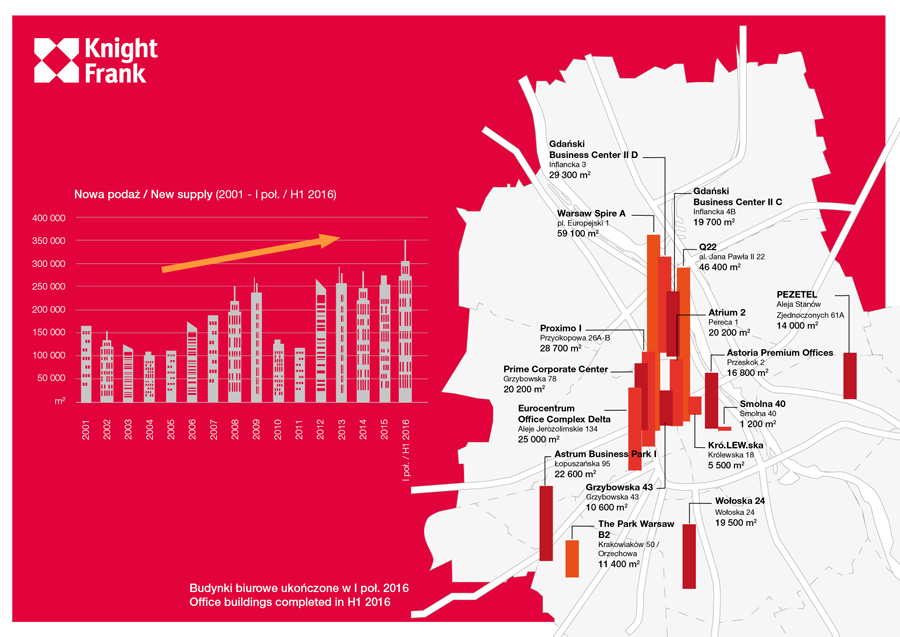 A record-breaking 6 months on the Warsaw office market – EuropaProperty

A commentary by Elżbieta Czerpak, Head of Research at Knight Frank: “The first half of 2016 on the Warsaw office market became history with its record-breaking supply, which amounted to 350,000 sqm and was higher by 40 percent than the annual average from the last 5 years.

Never before has Warsaw seen such a high level of new supply. From January to June 2016 some 16 office sites were handed over for use. The majority of new supply is located in the city centre, Żoliborz and along Aleje Jerozolimskie.

As a result, we can observe a rise in the vacancy rate from the start of the year. It rose by 3.2 percent during the last half year and has reached 15.4 percent at the end of June 2016. The vacancy rate is highest in the city centre – almost 40 percent of Warsaw’s vacancies are office spaces located in a central site.”

It is worth mentioning that 1/3 of vacant space in the centre of Warsaw is available in modern buildings completed in 2015-2016. The cause for that is high developer activity. In the last few quarters developers handed over buildings which were not fully commercialized in order to move on with new investments.