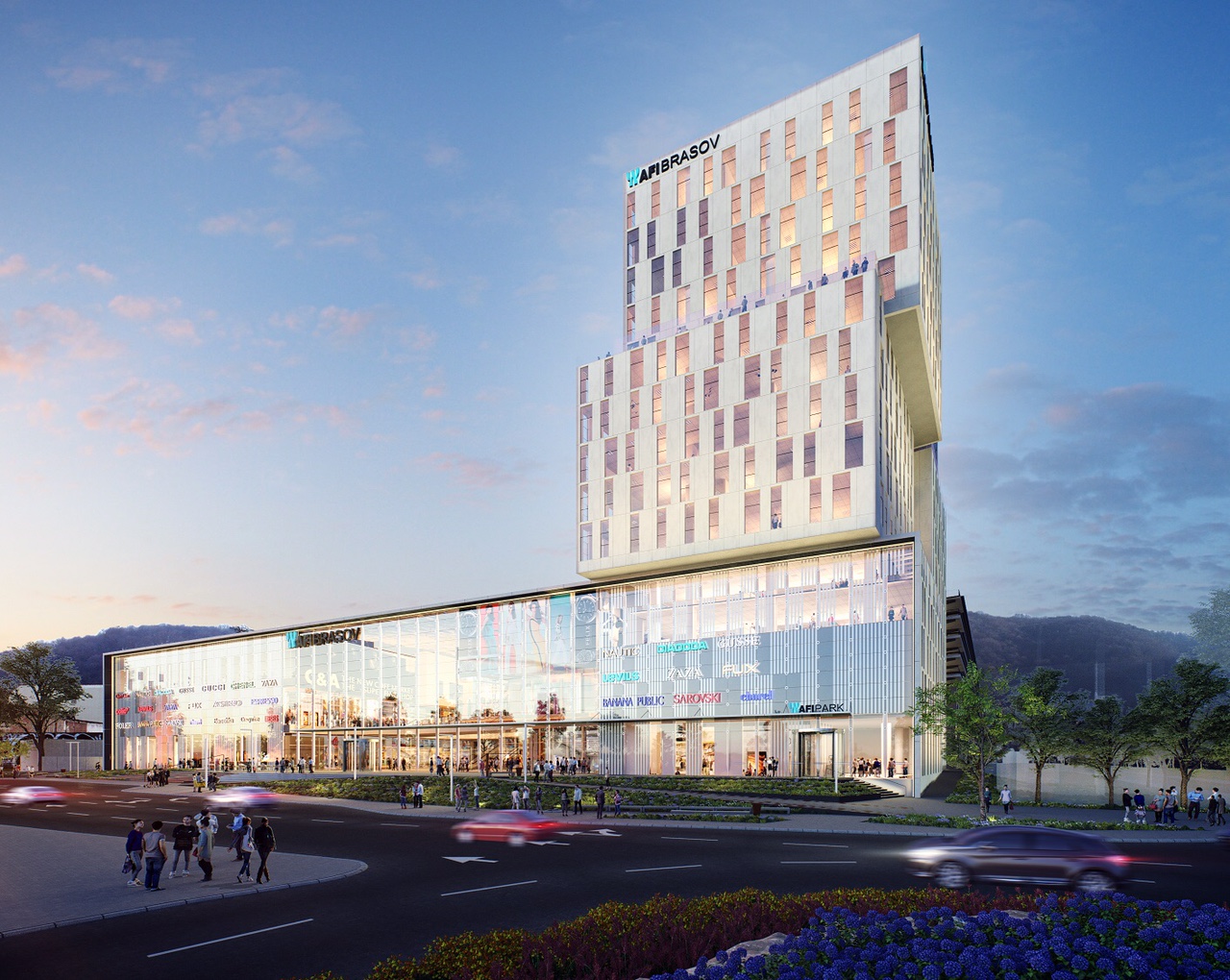 In less than two months since setting the cornerstone of the AFI Brasov project, real estate developer AFI Europe Romania announces the start of the leasing campaign in the AFI Park Brasov Class A office project. The company is already in advanced discussions with two potential tenants totalling 4,000 sqm GLA to occupy the first office tower developed in AFI Park Brasov.

AFI Park Brasov will be integrated into the shopping centre, designed to hold a LEED Gold Certification for Green Building.

“Technology and telecommunication companies remain the most active office occupiers outside Bucharest, with 75 percent of the gross take-up recorded within the first half of the year. This makes us very confident that AFI Park Brasov will be the next business spot in the heart of the city, especially for potential tenants from the IT&C, BPO’s and banking sectors. The ultra-city centre location of the complex enables to the office tenants and employees the most convenient and the perfect combination between business and personal lifestyle by offering Class A offices on top of a shopping mall in the City Enter,” said David Hay, CEO AFI Europe Romania.

The site’s location, part of the main circulation square of the city (a wide 5 lane boulevard), is considered as the new business district of Brasov and the absolute best location for future office & retail development in the city. The connection with the main boulevard leading from the Old City (the main tourist and local attraction) to all parts of the city and the exit towards Bucharest, the access to public transportation and bus stops situated in front of the building, make AFI Park Brasov the most accessible office location in the city.

AFI Park Brasov is the third office project that AFI Europe is developing in Romania, having developed the 70,000 sqm GLA AFI Park which is 100 percent occupied and AFI Tech Park business campus, the 56,000 sqm GLA Class A offices in the Center-West side of Bucharest which is currently under construction.