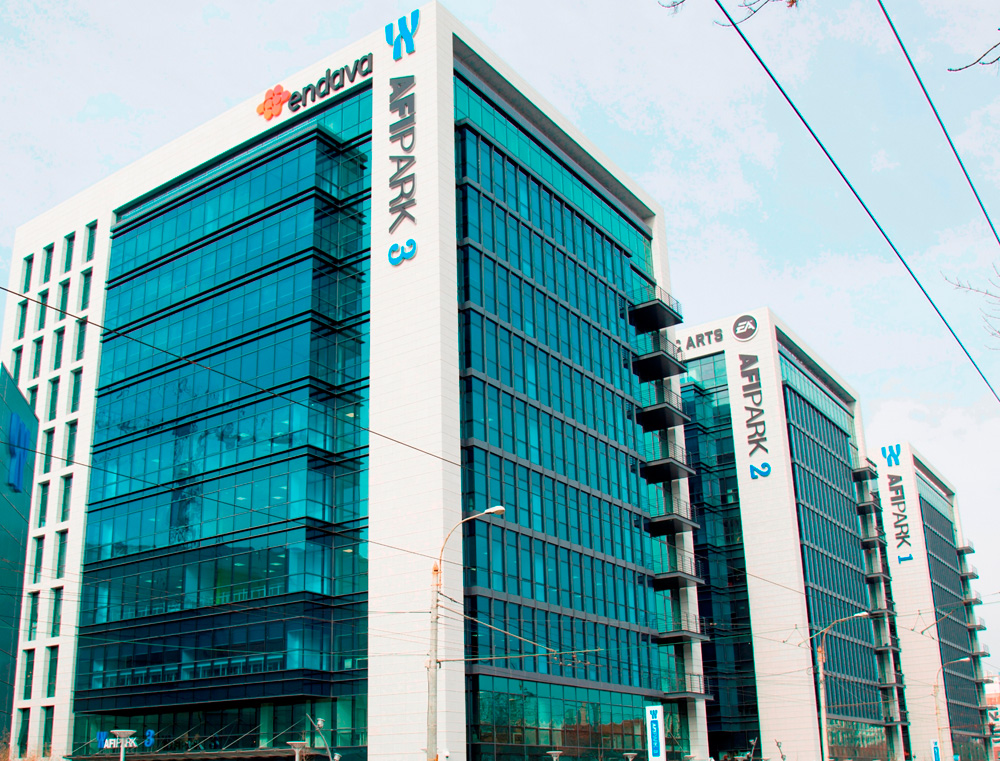 “Green is the new standard in developing any office project and is an integral part in all AFI Europe developments. We are committed in offering projects built at high standards and energy efficient, assisting our tenants to benefit of reduced utilities costs. The LEED Gold certification obtained for our first three buildings in AFI Park is a remarkable achievement, part of our long term target to obtain LEED gold certifications to all our existing and new projects, including the shopping malls,” said David Hay, CEO AFI Europe Romania. “In addition to developing our buildings at the highest standards, our strategy is also to encourage our tenants to be part of the green initiatives such as using public transportation or bicycles, installing LED lights, installing sensors to shut off un-needed usage of electricity and HVAC etc. We want to set a positive example in the most growing segment of the real estate market and to create a sustainable environment for our tenants and for the community.”

AFI Park is easily accessible by public transportation, with a nearby subway station Politehnica, only 200 meters from the project, in addition to 12 different bus and tram lines that are serving the business park. A new Metro line is currently under construction (Drumul Taberei – Piata Universitatii – Pantelimon) that will offer even better access to AFI Park area. This enables the employees which work in the office buildings to use public transportation which is a significant component for a Green Building.

AFI Park consists of 5 Class A office buildings, with a total gross leasable area of over 70,000 sqm. All three office buildings of AFI Park, which have been delivered are fully leased. AFI Park 1 is occupied by companies such as Microchip, Cameron and Sparkware Technologies, while AFI Park 2 is fully leased to Electronic Arts. AFI Park 3, which was finalized at the end 2014, is entirely occupied by TELUS and Endava. AFI Park 4&5 are currently under construction and will be delivered at the beginning of 2016.