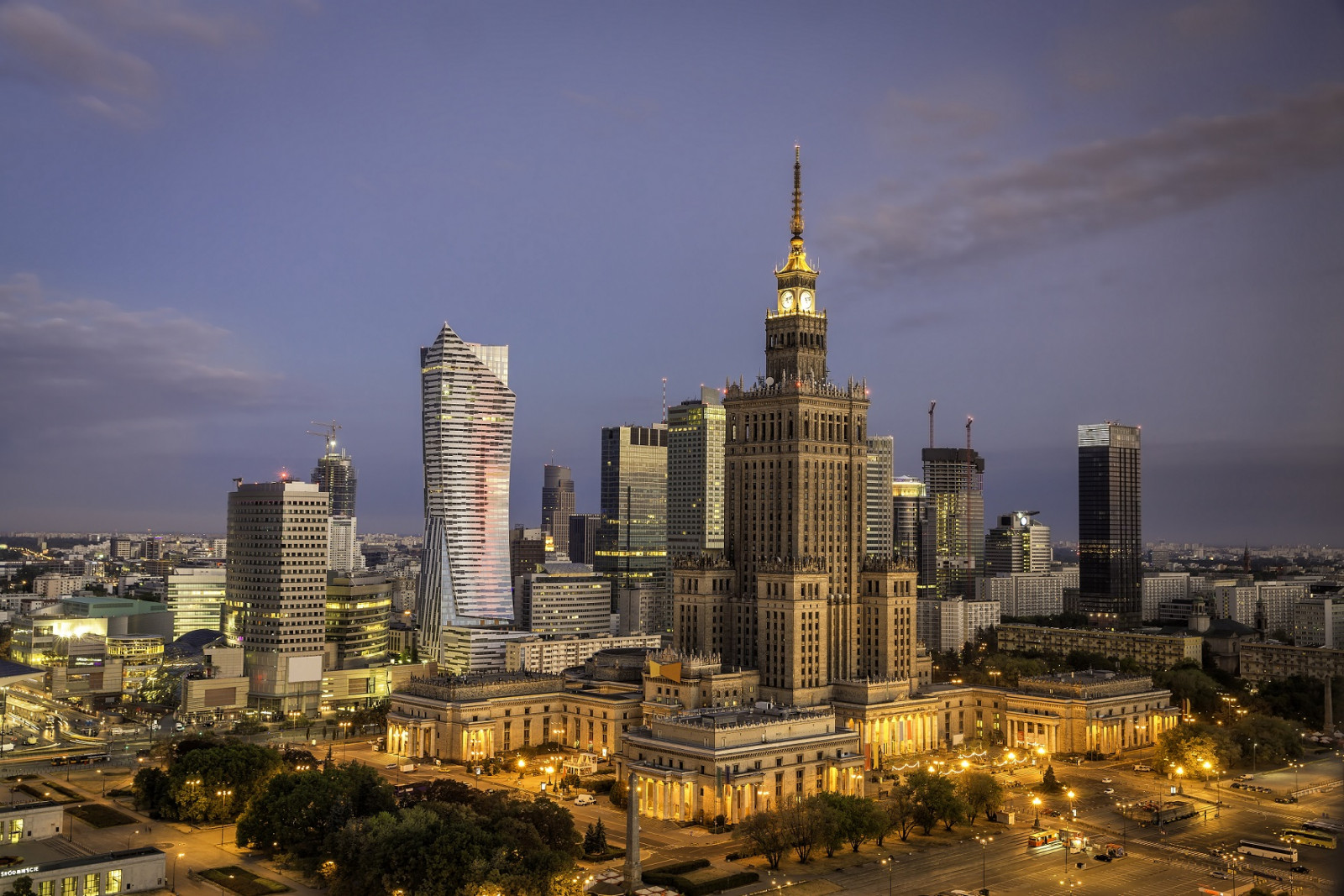 All eyes on skyscrapers in Warsaw – EuropaProperty

Warsaw Trade Tower, one of the oldest skyscrapers in Warsaw, built in 1997-1999, celebrates its 20th anniversary this year. Meanwhile the highest building in the European Union – Varso Tower, being developed by HB Reavis, will be completed in 2020. Investors and tenants have been always interested in skyscrapers in the Polish capital but the real boom for office towers is yet to come. For more than two decades Warsaw’s landscape has been constantly changing, becoming more and more reminiscent of large western cities.

At the moment, more than a dozen skyscrapers are under construction in the Polish capital. Currently, the tallest existing office building in the city is the modern Warsaw Spire complex with a total height of 220 m. The building located in Wola was put into use in 2016 and already in 2018. Ghelamco sold 50 percent of its shares to Madison International Realty.

The prestigious second place belongs to the 43-storey skyscraper Warsaw Trade Tower (208 m). The WTT was built by the Korean Daewoo corporation and bought by Akron Investment Central Eastern Europe II in 2006. The building remained in the possession of Akron until this year, and recently it was acquired by an entity controlled by Globalworth Poland Real Estate. CBRE experts advised Akron on the sale of the building.

A modern office tower Q22, with a height of 195 m, was also a subject to transactions in recent years. The building designed by the renowned studio Kuryłowicz & Associates was bought by Invesco Real Estate in 2016. CBRE advised the owner, Echo Investment in the transaction, which volume amounted to €273 million.

“Tenants and investors appreciate office towers, above all, for the excellent locations in which these buildings are situated. This, along with the distinctive architecture, provides investments with certain esteem that guarantees a high level of commercialization and stable income for building owners. Additionally such large facilities give the possibility of expansion or consolidation of all branches and in result attract renowned brands that often sign a lease agreement for many years. It even happens that a main, long-term tenant is associated with a skyscraper – for example the WTT building is informally called AXA Tower,” said Przemysław Felicki, Director in the Investment Properties Department, CBRE.

In 2020, Warsaw’s landscape will look completely different. Varso Tower (HB Reavis), the tallest office building in the European Union is planned to be completed next year. Karimpol’s building – the Skyliner – will be commissioned in the upcoming year as well. It will be the same size as the Q22 tower (195 m). In 2021, more skyscrapers will appear on the map of the capital, including Warsaw UNIT (Ghelamco) and Generation Park Y (Skanska). This autumn, the Mennica Legacy Tower will be also put into use. Its construction is carried out by Golub GetHouse and Mennica Polska S.A. The building was already fully commercialized as mBank chose it as its headquarters. Despite new investments, the Warsaw Trade Tower will be one of the tallest skyscrapers in the capital, alongside the Varso Tower (310 m with a spire) and the Warsaw Spire tower.