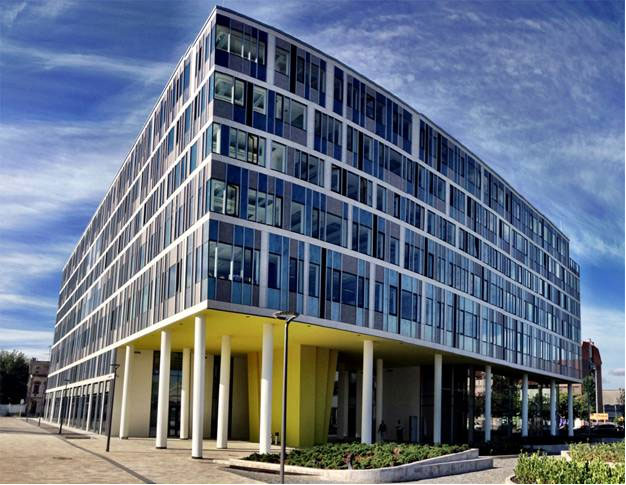 Around 2 million sqm of office stock remain under construction across Central and Eastern Europe. The business services sector with its compound annual growth rate of 17 percent is one of the major factors generating the expansion of office markets throughout the CEE region, according to the latest “Business Services in Central & Eastern Europe 2015” report, prepared by ABSL in partnership with McKinsey & Company, and in cooperation with JLL, ANTAL and Baker & McKenzie.

“Companies from the business services sector employ 335,000 specialists in CEE and remain the biggest employers throughout the entire region. Furthermore, 86% of the sector’s companies predict an increase in employment by the end of 2016,” said Wojciech Popławski, Vice President ABSL, Director, Accenture Operations Poland.

This development is a result of a combination of advantages such as access to qualified staff, geographical and cultural proximity, relatively attractive business costs as well as a diversity of locations where companies can launch their services centres.

“Central and Eastern Europe offers a wide range of office locations for conducting business, differentiated by offer packages, costs and quality. Across CEE, companies have a wide selection of lease options that meet needs and budgetary requirements. The range of rents differ from country to country and market to market, but average monthly costs can be estimated from €10 to €15 per sqm in the major office locations,” commented Anna Młyniec, Head of Office Agency and Tenant Representation at JLL Poland.

Economic growth within Central and Eastern Europe and an inflow of new investments from the business services sector is one of the factors generating the dynamic expansion of office markets throughout the region.

As at the end of H1 2015, over 725,000 sqm of space was under construction (and some 28,000 under refurbishments) in Warsaw, over 170,000 sqm in Wroclaw, and ca 155,000 sqm in Krakow. Prague has 148,000 sqm under construction. This development activity translates into increased office space availability, creating favourable market conditions for tenants.

The biggest office market in Central and Eastern Europe is Warsaw, with up to 4.5 million sqm of stock, followed by Budapest with almost 3.25 million sqm, Prague with over 3.12 million sqm, Bucharest with 2.25 million sqm, Sofia with 1.7 million sqm and Bratislava with 1.54 million sqm. Office markets outside of capital cities are developing as well. The total office stock in Krakow is 690,000 sqm, 642,000 sqm in Wroclaw, 526,000 sqm in the Tri-City while in Brno it is 478,000 sqm, in Ostrava – 205,000 sqm, and in Timisoara -110,000 sqm. The market’s development is predominantly stimulated by tenants from the business services sector – new entrants as well as existing companies who are expanding their structures.

“More employees mean more office space is required and, as a consequence, more office space is leased. In Poland alone, business services centres occupy around 1.5 million sqm and the volume continues to grow. The business services sector is the major office tenant, especially in cities outside Warsaw. We estimate that the sector’s share in office take-up on major Polish markets outside Warsaw hit 60 percent in H1,” explained Mateusz Polkowski, Associate Director, Research & Consultancy at JLL Poland.

Overall demand (gross take-up) for office space in H1 2015 in the capital cities of Central and Eastern Europe amounted to more than 1.1 million sqm.

“It was a very intense time on the Polish office market and across the region. Gross take-up in Poland totalled ca. 690,000 sqm in H1, and the major markets outside Warsaw experienced record-breaking demand for office space – approximately 300,000 sqm by the end of June. Also taking into consideration the volume of space leased in Q3, it is believed that 2015 would be another strong year on the Polish office market. During the first nine months of 2015, JLL advised business services companies in a number of large lease transactions across Poland, confirming the sector’s strong demand,” explained Anna Młyniec.