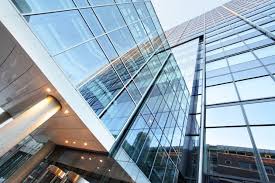 Another record-breaking year on the Warsaw office market – EuropaProperty

According to DTZ’s latest report – Property Times Office Warsaw – total office stock has reached 4.36 million sqm at the end of Q3 2014. After a strong 2013, when almost 300,000 sqm of modern office space was completed, the annual supply in 2014 is likely to be even higher.

Total volume of lease transactions recorded from January till the end of September 2014 reached 422,000 sqm, which represents a decrease of 18 percent in comparison to the corresponding period of 2013. However, the demand for office space reflected in the net absorption, remained relatively stable. Tenants, similarly to the last four years, often decided to stay in their current locations and as a result renewals and renegotiations accounted for a large part of the total take-up (34 percent). Pre-lets were not as common as during 2011-2013 as a consequence of increasing availability of space in existing buildings.

Due to the high level of new supply recorded during the last three years, the vacancy rate in Warsaw increased to 13.8 percent, which is the highest value observed on the market since 2003. It should be mentioned that the majority of unoccupied space is located within older, worse quality buildings, which require refurbishment or in newly delivered large-scale projects. As a result of growing availability, rental levels decreased slightly (on average by €0.5-1 per sqm per month) compared to the values quoted at the beginning of 2014. Currently prime headline rents in the city centre reach €22-25 while in non central subzones they are at a level of €14-15.5 per sqm per month.

High level of new office supply scheduled for completion over the next two years will most likely result in a further growth of vacancy rate. However, already from 2015 we should observe stronger leasing activity, which to a large extent is due to the cyclical character of the market. The majority of 5- and 10-year lease agreements conducted in the periods of large take-up (2006-2008 and 2011-2013) will expire between 2016 and 2018 creating strong demand for office space and resulting in drop of availability ratios, said Katarzyna Lipka, Associate Director in Consulting & Research, DTZ.

At the same, DTZ expects further consolidations as well as continuation of space optimisation trend, which is connected with many tenants taking advantage of new workplace solutions. This may lead to the actual reduction of office area occupied by some companies and as a result, slow down the absorption process of available space, added Lipka.