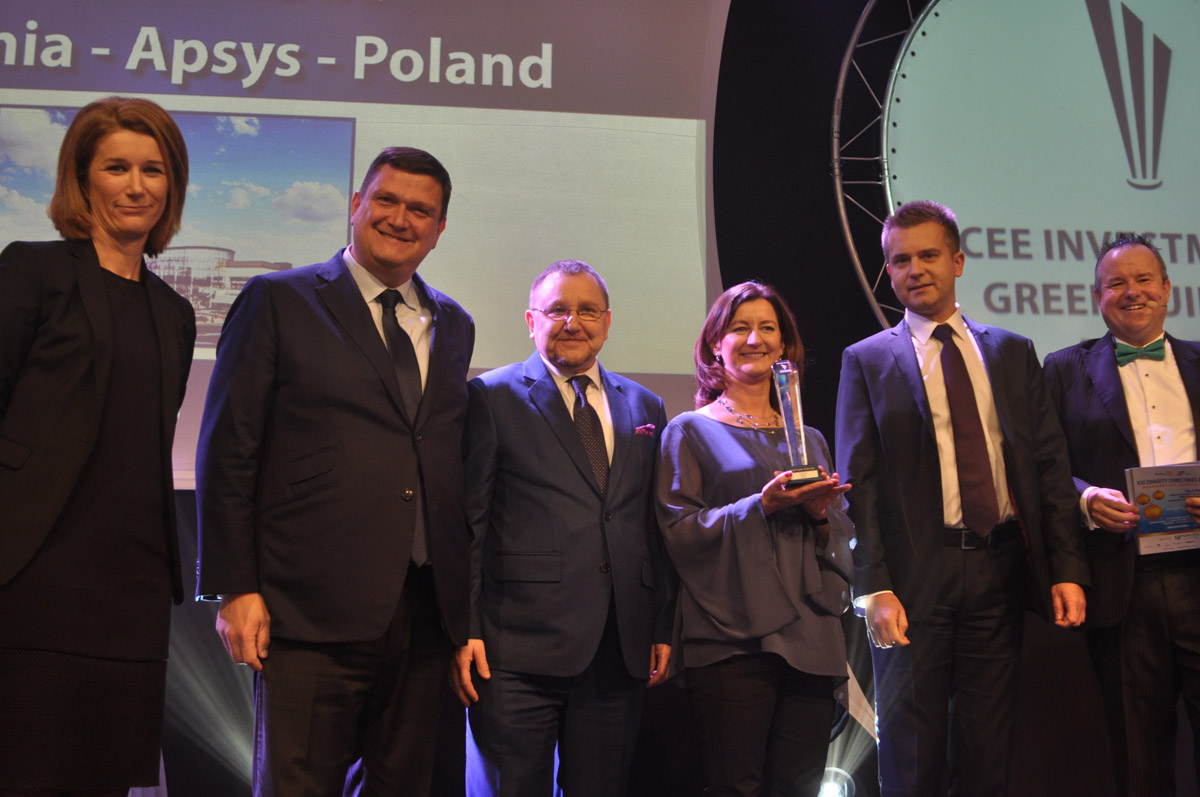 Apsys Poland has been awarded as the best developer and manager in the CEE Investment & Green Building Awards 2016 competition. The award has been granted also to the Apsys’ latest investment – Posnania, which was recognised as the Retail Project of the Year by the jury.

On 27th October, during the “CEE Investment & Green Building Awards 2016” gala, Apsys Poland received three awards. The titles of the best commercial real estate manager – “Property Management Firm of the Year” and the best developer of commercial real estate – “Developer of the Year” were granted to the company for the fifth time in a row. The third prize – “Retail Project of the Year” – was awarded to Apsys for its latest investment – the Posnania centre.

Apsys Poland currently manages 22 shopping centres located in 15 largest cities. The total leasable area of these facilities amounts to approximately 925,000 m2, which stands for 10 percent of the total GLA of shopping centres in Poland. In the recent two years, the management portfolio of the company increased by 6 centres, entrusted to Apsys by their owners. In addition, on 19th October 2016, took place the opening of Posnania, of which Apsys was the investor and developer, and currently manages the facility. The investment has been awarded as the best commercial project of the year 2016.

In the first week after the opening of Posnania, the centre was visited by more than 400,000 customers. – This is a very good predictor. The concept is based on best European standards: a wide selection of brands and services, modern technologies, design and sustainable development of the Posnania’s surroundings is gaining recognition of both experts and the inhabitants of Poznan – said Benoit Charles, CEO of Apsys Poland.

Posnania is a perfectly located shopping and lifestyle centre with a unique tenant mix – the largest one in Wielkopolska region. At the same time, it is currently the biggest retail investment in Poland and Central Europe, worth PLN 1.2 billion. This modern centre brings together shopping, service, recreational and cultural functions. Wide offer presented on 100,000 m2 of modern space houses 300 various local and international brands including fashion, services, restaurants and cafés, a multiplex, a billiard club and a bowling alley, as well as a fitness club with a swimming pool. Posnania, as a meeting place, distinguishes itself by unique architecture with artistic installations and design, above-standard customer service, as well as services based on cutting-edge technologies and multimedia, creating an exceptional customer experience.

“CEE Investment & Green Building Awards” is one of the most important contests at the commercial real estate market in Central and Eastern Europe. This year’s winners were chosen by a panel of nearly 80 leading commercial real estate industry experts from the region. The prizes were awarded during a gala held on 27th October 2016 at the InterContinental Hotel in Warsaw.