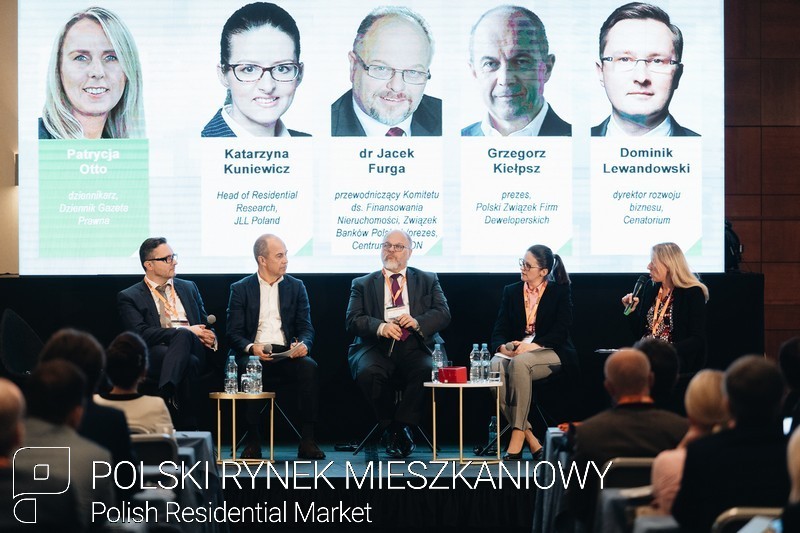 Are apartments more expensive? Or will prices continue to tremble – EuropaProperty

Although the residential real estate market in Poland has entered a slowdown phase – it is doing very well. Developers are limiting supply due to a lack of plots, demand is not weakening, and rising prices still do not deter buyers. Participants of the conference “Polish Residential Market 2019”, organized by Nowy Adres S.A on October 21-22 at the Warsaw Hilton hotel, have reason to be satisfied.

PRM conferences for the most popular and prestigious meetings of the Polish residential real estate industry. Each year, the share of several market player listings was made available: developers, consultants, services, services, contractors generals, manufacturers of building materials and finishing, architects, analysts, industry journalists and many other. It was no different this time – in total over 270 people turned up at the Hilton. As usual, at events available through Nowy Adres S.A., they could enjoy with the innovative Match Maker IT system used to arrange business meetingwith other conference participants.

In total, about 140 such meetings were arranged on both days of these events!

The conference was opened by a lecture by special guest Andrzej Olbrysz – head of the Investment Preparation and Implementation Department in the Lesznowola Municipality. In his speech he drew attention to the fact that under current legal conditions local governments may be completely uninterested in the development of housing in their areas. – One apartment built for the commune costs PLN 100,000 for road, technical, educational and social infrastructure, etc. Tax revenues do not cover this amount even at a fraction of a percent. Yearly property tax for a medium-sized house built on a plot of land with an area of 1000 sqm is PLN 400, with income taxes it is not much better – said Olbrysz. – As long as local governments as the only creator of public space will have to provide literally everything to new residents, they will not be interested in housing development in their areas. It is simply a threat to their budget stability. The law must be changed, because it currently antagonizes local governments and developers.

One of the most commented points on the conference was the latest report on the results of the sale of apartments in 6 largest Polish cities, prepared by the JLL company. In the third quarter of 2019, developers introduced 3% for sale. fewer new premises than in the second quarter. They were sold by 6 percent more. Therefore, the offer is slightly shrinking – it has dropped by 2 percent quarter by quarter, but prices are still rising – currently the average offer price for apartments in Warsaw is as much as PLN 10,400! Prices are constantly pushing up demand that persists not only among individual investors buying apartments for rent, but also among people buying real estate for their own use. According to experts participating in the PRM, housing needs of Poles are still far from satisfying. In 15 years, 3 million people will move from small towns to large cities, and yet there is a wave of migrants – foreign and Poles returning to the country. Apartments will probably be in short supply. – In 2008 the market was doing well, everyone was satisfied and if it were not for the subprime crisis in the United States, we would probably have been developing calmly for a year, two years longer, reaching the current price level. Now our well-being will last until something bad happens abroad. This is where potential inflammatory focuses of the crisis should be sought – predicts Dr. Jacek Furga, chairman of the Real Estate Financing Committee of the Polish Bank Association.

Why is the rental market still so fragmented?

An alternative to buying expensive apartments is to rent them. However, this is not a much cheaper solution – the majority of apartments for rent are in the hands of individual investors, and the government’s “Apartment +” program is developing very slowly. The situation could be changed by the emergence of large players – foreign investment funds, which – using economies of scale – could offer lower-than-market rents. However, according to Jan Dziekoński, CEO of Mzuri Investments, we can wait a long time for such funds to enter: – The main problem is the lack of a suitable product. An institutional investor expects someone to put on his table an offer to sell a package of one or two thousand rented apartments, they are not interested in general cargo. And we simply don’t have such an offer. The second problem is the fact that the Polish rental market is operated in zlotys. Western investors use the euro, so they sometimes get quite a lot of hedging costs. And the third problem – is Poland a stable country in legal, tax and political terms so that you can invest here long-term, in the perspective of decades? Unfortunately, we are still often talked about negatively abroad.