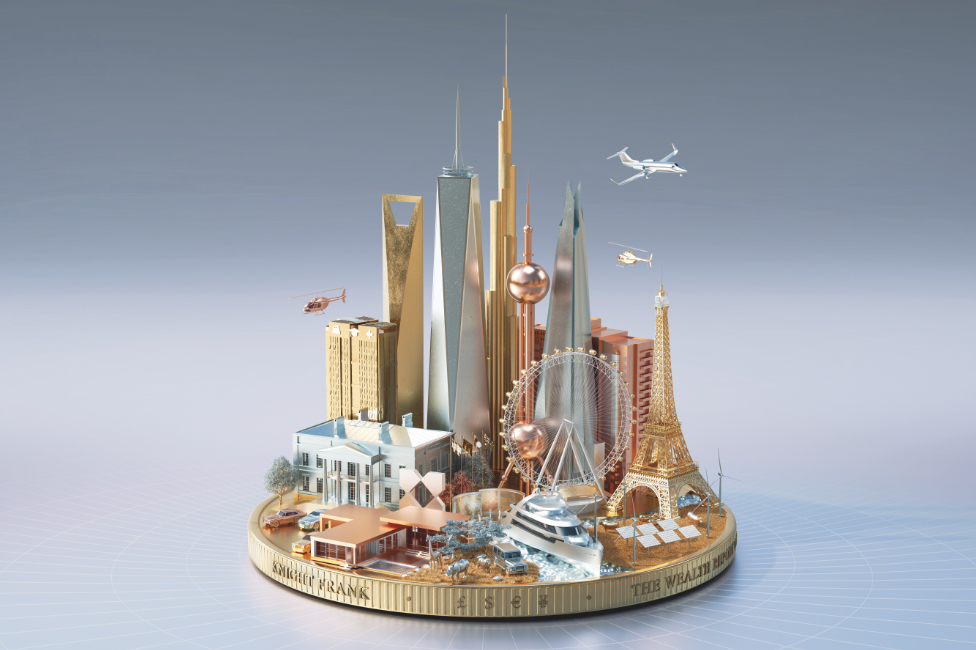 Asia is set to outperform as global wealth growth slows, according to a new analysis of UHNWI populations – EuropaProperty

New data prepared exclusively for The Wealth Report highlights that the number of ultra-wealthy people (those with net assets of US$30 million or more) is predicted to increase by 22 percent in the five years to 2023 – taking the global population to nearly 250,000.

The data provided by GlobalData WealthInsight highlights that the ultra-wealthy population is thought to grow at an accelerated rate when compared with the past five years, which saw ultra-high-net-worth individuals (UHNWI) numbers rise by 18 percent. It is worth noting however, the forecasted average year-on-year increase of 4 percent is more measured than the 10 percent growth seen in 2017 alone.

“Despite a darkening economic outlook, wealth creation will remain a constant in 2019. The global UHNWI population is forecast to rise by 22 percent over the next five years, meaning an extra 43,000 people will be worth more than US$30 million by 2023, this is a remarkable performance in the expansion of wealth across the world,” said Liam Bailey, global head of research at Knight Frank.

“Equity markets, real estate markets and luxury investments all had a stellar year in 2017. Growth in 2018 has been good in some cases, but has not replicated the levels seen in 2017, and the outlook reflects more mixed conditions ahead,” said Oliver Williams, head of GlobalData WealthInsight.

GlobalData WealthInsight predicts that 2019 will mark the point when the number of people globally with US$1 million or more in net assets – HNWIs – will exceed 20 million for the first time. Some 6.6 million of these individuals will be based in North America, with 5.9 million in Europe and a further 5.8 million in Asia.

Echoing the trends seen in previous editions of The Wealth Report, Asian countries will see the biggest growth in UHNWIs over the next five years. India leads with 39 percent growth, followed by the Philippines (38 percent) and China (35 percent). Of the 59 countries and territories in Knight Frank’s forecasts, eight of the top ten countries by future growth are in Asia, with Romania and Ukraine taking the remaining spots.

However, it is worth noting that some of these countries are starting from a low base. For example, Romania will have 278 UHNWIs by 2023, while Ukraine will have 485. The Philippines is forecast to have 296 UHNWIs by 2023, less than 2 percent of the ultra-wealthy population of Japan, the biggest Asian wealth hub with 20,570.

The forecast growth in ultra-wealthy people chimes with the findings of this year’s Attitudes Survey, which shows that the majority of UHNWIs expect their wealth to increase in 2019. However, there is divergence in the strength of this sentiment, with four-fifths of wealth advisers in the US expecting their clients’ wealth to rise in 2019, compared with just under two-thirds in Asia.

There is more alignment on the challenges posed by the local political and economic environment, however. Some 65 percent of Asian respondents to the Attitudes Survey, along with 59 percent of those in the US, said that local conditions would make it more difficult to create and retain wealth in the future.