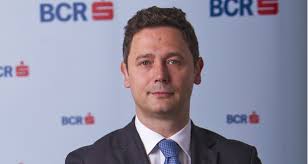 Austrian group Erste has named Romanian Sergiu Manea to take over as CEO of BCR, Romania’s largest bank, starting the end of September. Manea will replace Czech executive Tomas Spurny, who has decided to take on a managerial position in his home country.

Sergiu Manea’s mandate is to lead BCR through a new growth cycle in Romania, after his predecessor finished one of the hardest restructuring programs in the local banking sector.

“Tomas Spurny managed the bank in a crucial period for the future of BCR. There were tough times, but he successfully completed one of the most complex restructuring programs in the Romanian banking environment. Now, BCR is well prepared for a new period of growth and performance,” said Andreas Treichl, CEO of Erste Group.

BCR returned to profit in the first six months of this year, after closing 2014 with record losses of €630 million due to the restructuring of its non-performing loans portfolio.

“We are very pleased, at the same time, to announce the appointment of Sergiu Manea as CEO of BCR. He has had a major contribution to the bank’s turnaround and we fully trust him in leading the entire team of BCR to continue their work in consolidating BCR’s market leadership in retail and corporate businesses,” Treichl added.
This nomination also marks a change in Erste’s strategy in Romania. Since taking over BCR, in 2006, Erste has had three expat managers running the bank.

Sergiu Manea, 43, thus becomes one of the most powerful executives in Romania’s banking system. He has been working in this sector for more than 20 years, specializing in treasury, capital markets and corporate financing. He started at BRD, then moved to Citibank Romania, Bank Austria Creditanstalt Romania, and ABN AMRO Romania.

In 2004, ABN AMRO gave him the opportunity to work in London as a director of its Emerging EMEA Fixed Income and Interest Rates Derivatives Trading department. Then he returned to Bank Austria Creditanstalt for a management position in Vienna. He joined BCR in 2012, as Vice-President responsible for Corporates and Markets and a member of the board.