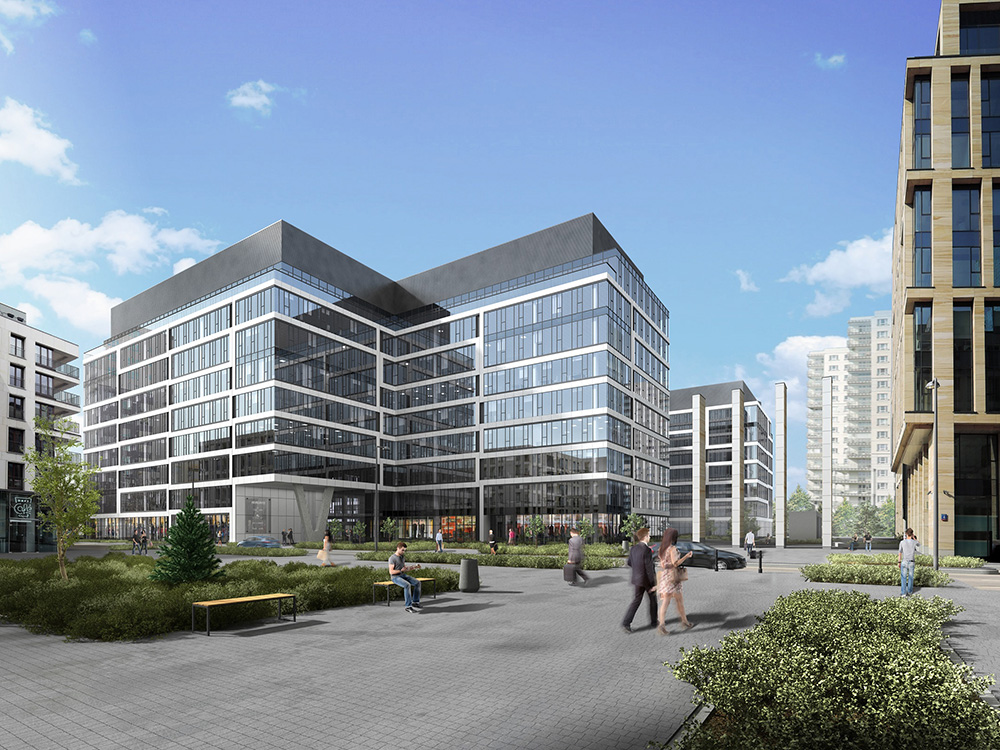 The Aviva insurance group has announced plans to move its headquarters in the summer of 2016 to HB Reavis’ Gdański Business Center II office complex, which is currently under construction in Warsaw’s Muranów district.

Under the contract, Aviva will lease 12,500 sqm in Building C, which remains under construction. The building will house the Company’s headquarters, currently located in Platinium Business Park IV in the district of Służewiec. Adjacent to its new office space in GBC II, Aviva plans to open a 400 sqm Customer Service Office on the ground floor of Building A, which is part of GBC I and was commissioned in June 2014.

“We were looking for a modern and contemporary space which was customer, employee and environmentally friendly. It had to be efficient, with excellent transportation links to all parts of Warsaw. After careful consideration, we chose Gdański Business Center II, which met all of our requirements,” said Adam Uszpolewicz, President of Aviva Group in Poland.

“We are very happy to have secured such a high-profile tenant as Aviva. Aviva Group felt it was essential to choose a location that would accommodate future growth in a modern yet cost effective building. Other crucial factors included the standard of the building and the flexibility of the floor space. A convenient location, which was easily accessible by both car and public transportation, was also key,” added Grzegorz Strutyński, Commercial Director
and member of the Management Board of HB Reavis Poland.

Gdański Business Center is a modern office complex, which will encompass four A-class buildings of a total area of 99,000 sqm upon completion. Its location is one of the best in Warsaw for transportation, with both Dworzec Gdański metro station and Warszawa Gdańska train station on its doorstep, in addition to several bus and tram stops. The first stage (Buildings A and B) was commissioned in June 2014, and the second stage (Buildings C and D) is expected to be completed in Q1 2016.

Advanced technological and environmental solutions were implemented in the complex’s design. Both the design and the construction process have been planned to ensure compliance with Europe’s foremost environment certification, BREEAM. The first stage of the GBC was awarded the BREEAM certificate “Very Good”, with the developer aiming for an “Excellent” rating for the second stage. Secured tenants for the complex to date include KPMG, the Agricultural Property Agency, SNC Lavalin, Provident, WebInterpret, Agito, and Bank BGŻ BNP Paribas.