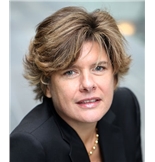 AXA Investment Managers – Real Assets (“AXA IM – Real Assets”), a global leader in real assets investment and the leading(1) real estate portfolio and asset manager in Europe, announces that it has raised a record c.€8 billion of capital during 2016, the most it has ever raised in a single year and that it has raised c.€800 million for AXA CoRE Europe Fund (“AXA CoRE Europe”), the pan-European open ended real estate fund which it launched last year.

Total capital commitments were received throughout the year from an increasingly diverse range of small, medium, large third party institutional, as well as retail investors and family offices across the world, as well as from AXA Insurance Companies. Geographically, the capital derived from Europe, the Middle East, North America and Asia and was directed approximately 50/50 towards debt and equity investments.

Highlights of the year included:

· The final close of Development Venture IV (“DV IV”), the company’s fourth generation development fund, which raised over €600 million from 17 global investors across 9 countries, providing it with an investment capacity of up to €2 billion;

· The final closing of the Pan-European Value-Added Venture (“PEVAV”) which raised a total of €445 million;

· A €250 million increase of a CRE Loan mandate from a major UK pension fund;

· Close to €1 billion raised for club deals and joint ventures.

Isabelle Scemama, Chief Executive Officer of AXA IM – Real Assets, commented: “We have had a record year in terms of capital raised, underlining the continued appeal of the real assets sector and the attractiveness of the opportunities we have brought to our clients, which cover the entire Real Assets spectrum via both debt and equity. We also continued to expand and diversify our client base, with a growing number of small and mid-size institutions, a trend that accelerated with the launch of the AXA CoRE Europe fund, which gives them access to a diversified range of high quality pan-European investments.”