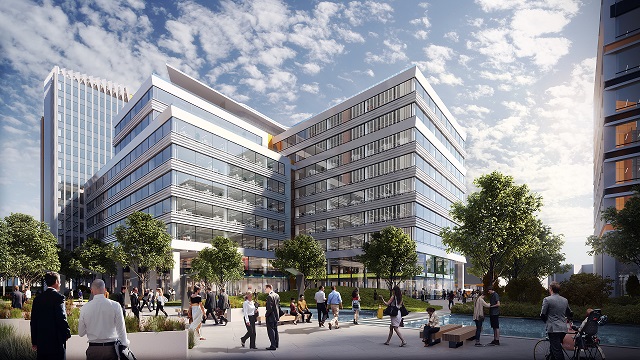 Beside the property developments of Budapest four university cities will introduce themselves in the world’s first real estate event, MIPIM in Cannes.

The organizers of the Hungarian stand expect great international interest on the part of property developers as well as concrete investments in the world’s first international real property business exhibition, at this year’s MIPIM in Cannes between 13-16 March 2018. This year not only the major projects in Budapest but the features investments and property development opportunities of four university cities (Debrecen, Miskolc, Pécs and Szeged) will be presented as well. The organizers emphasize that beside the capital the rural investments also have good return potential, the regulations are predictable, and corporate income tax which is the lowest in the EU and stable economic growth provide a favourable investment environment. Besides presenting the developmental directions, goals and opportunities there is an exceptional interest in the Hungarian presence in connection with the Liget Budapest Project already in the execution phase, which is the largest scale park and landscape architecture task combined with institution development in the history of Hungary since the Millennium.

The Budapest-Hungary stand was established collectively by the Local Government of the Capital City Budapest, the Hungarian Investment Promotion Agency (HIPA) and the Association of Property Developers’ Round Table in order to promote deliberately the most exciting metropolitan and rural property investment opportunities. Hungary’s emphasized presence in the Cannes muster is justified by the extraordinary dynamics which characterizes the Hungarian property investment market.

According to the annual report of CBRE, the largest property consultant of the world, the value of investments in Hungarian properties has risen by 71 percent annually since 2012, opposite to the Central European regional average of 26 percent. In 2017 properties were purchased in Hungary by domestic and foreign investors in the value of €1.8 billion, and this volume will presumably rise a bit further this year. According to the latest survey of the Hungarian Investment Promotion Agency, EY and SSC Heroes 80 percent of the shared services centres settled in Hungary plan expansion in the near future, and 50 percent of the respondents would consider rural locations for the expansion. For the promotion of the above there are already infrastructural and office developments taking place, and the forecasts indicate numerous development opportunities.

Lajos Kósa, minister without portfolio responsible for the development of cities with county authority, emphasized: The Hungarian government has started the largest rural development program ever called ‘Modern Cities Programme’, which is supposed to help the development of the cities with county authority. As the minister responsible for the execution of the program my goal is to achieve that as many Hungarian cities become even more attractive habitats and attractive targets for the investors as possible in the following years. Debrecen received the great honour of being chosen by the Financial Times in its category the city possessing the most outstanding strategy to raise capital in Europe. We will receive the ‘European City of the Future’ award in the exhibition with László Papp, lord mayor of Debrecen. In the ranking of ten cities, Debrecen came before five British, a Bulgarian, a Czech, a Serbian and a Finnish city.

Debrecen receives the award of the professional journal Financial Times FDI Intelligence in the category of the most promising city among the cities with two hundred thousand inhabitants. Not only Debrecen achieved nice results in the competition: Budapest became the 9th in the list of the European capitals of the future.

According to Balázs Szeneczey, deputy lord mayor for urban development, Budapest has recently developed in a spectacular way, being recognised internationally for preserving the traditional values of the city, as well as creating new values. The complex projects of renewing districts shaping the future and image of the Hungarian capital are of unequalled scale across Europe. Last year the value of property developments in Hungary exceeded €2 billion, 90 percent of which concentrated in Budapest. In the background of the expansion there are the concepts of long term urban development and predictable but sufficiently flexible regulation. The goal of our participation at MIPIM, the most renowned property business muster is for the Hungarian capital to become one of the main European stations of the international property developments.

Róbert Ésik, president of the Hungarian Investment Promotion Agency emphasized: “The goal of HIPA is to draw the international audience’s attention to the emerging countryside locations besides presenting the property market of Budapest. Debrecen, Miskolc, Pécs and Szeged are popular targets of the green field foreign investments and capacity expansions, and they would like to draw the property developers’ attention to these locations with their presence in the exhibition.”

He emphasized that a tourist attraction is created which is unique in Europe, there is no urban development project in the region of the same scale and quality today. He highlighted: last year was a milestone in the history of the Liget Budapest Project, when after six years of preparatory work the execution of the plans started.

Ernő Takács, chair of the Association of Property Developers’ Round Table says the property market investments and the results achieved in tourism prove to the potential investors and developers that Budapest has become a trendy investment target inside Europe, the prices are more favourable compared to other cities, therefore the profitability indicators are very attractive. The property development sector has started to expand considerably; the recovery continues in 2018 as well, it may exceed its successful course preceding the crisis.

At MIPIM the exhibitors of Debrecen, Pécs, Miskolc and Szeged emphasized the supportive environment, local job opportunities, highly qualified work force and the presence of conditions of a quality life for employees, as well as they highlighted the scientific-educational background available.