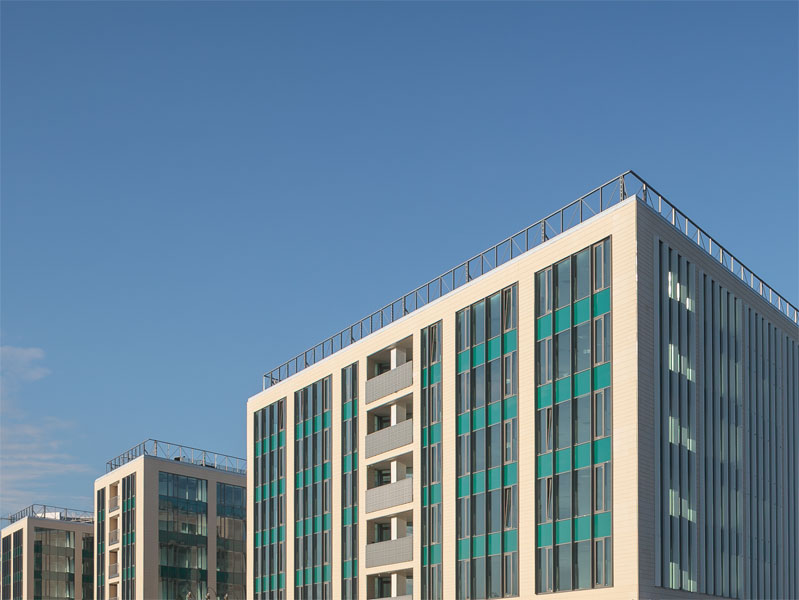 According to DTZ Echinox, the total modern office stock (Class A & B) in Q1 2014 increased by 23,400 sqm and reached about 2.069 million sqm. Recently completed projects – Metropolis II (Starlight Hotel reconversion) and Hermes Business Campus phase I – are located in CBD and the Pipera sub-market. For the reminder of the year DTZ expects the delivery of 102,000 sqm in office projects such as Green Gate, AFI Business Park – phase II & III, City Offices, Green Court – phase I and Ethos House.

Madalina Cojocaru, Head of Office Department, DTZ Echinox, commented: “In the first quarter the Bucharest office market recorded the strongest take-up figure since mid 2012. Relocation transactions continue to be dominant, representing 85 percent of total demand, taking into consideration that most pre-lease transactions are, in fact, relocations. Compared to last year we have noticed a considerable increase of tenant’s interest to sign pre-lease agreements and we anticipate that this trend will continue in the coming quarters. Regarding the business areas of the city, the Central North area with Floreasca Barbu Vacarescu remains the most active, both in terms of demand and the volume of new supply.”

Overall, the pipeline for 2014 is 5 percent higher when compared with 2013. The total office supply this year is 125,000 sqm, out of which 55 percent is already pre-leased. Around 25 percent from 2014’s new supply is represented by reconversions. Soravia reconverted Starlight Hotel into Metropolis II; office project delivered this quarter, with a total rentable area of 5,300 sqm. Global Worth is in the process of remodelling City Mall into a mixed-use project with a total rentable office area of 21,000 sqm.

The total leasing activity (take-up and renewals) in Q1 2014 was 60,500 sqm. Take-up represents 80 percent of transactions (48,500 sqm) being 16 percent higher when compared with Q1 2013. This is the strongest take-up figure registered in the last seven quarters. Take-up was divided between pre-lease transactions (51 percent), relocations (35 percent) and expansions (14 percent). About 12,000 sqm were the subject of renegotiations and renewal deals in Q1 2014, with 67 percent taking place in CBD. By far the most active companies during Q1 2014 were from the Technology & Telecom sector, with 66 percent of the total take-up.

Bucharest’s general vacancy rate remained flat q-o-q and is situated around 16.7 percent. Overall in Bucharest there are 345,000 sqm of vacant office spaces Class A and B. About 130,000 sqm is available in the Pipera sub-market. CBD and West sub-markets continue to register the lowest vacancy rates, with 8 percent and 5 percent.

There were no changes regarding the rental levels q-o-q. The prime headline rent continues to be situated around €18 sqm/month and is expected to remain so throughout the first half of the year. Starting H2 2014, a slight increase of the prime rent level might occur, considering that there are no projects due to be delivered in CBD and the area’s vacancy rate continues to be one of the lowest on Bucharest market.

Overall, headline rents for Class A office space in central locations are situated between €16 –18 sqm/month, while in semi-central locations are around €12 –15 sqm/month. In peripheral areas the headline rents for prime projects are €9–11 sqm/month. Effective rents continue to be with 10–20 percent lower. Typical offers include a rent-free period as well as landlord’s contribution to fit-out.

Having 45 percent availability so far from the total year’s supply, general vacancy rate will decrease gradually, supported by expansions, new tenants entering the market and relocations from Class C to modern office stock. This quarter only, 14 percent from total take-up represents relocations from non-competitive stock to Class A or B office space. With occupancy costs being attractive when compared with previous years, it is estimated that Class C office occupiers will continue to consider as a viable option the relocation into a modern office space.

Central North sub-market, with Barbu Vacarescu – Floreasca area, remains the hottest area, both in terms of demand and supply. The largest pre-lease transactions occurred in this particular sub-market in the last two years (Oracle -20,000 sqm; Raiffeisen – 23,000 sqm) and this year’s transactional activity demonstrates that the area continues to attract large office occupiers. Looking at the level of new supply for 2014 and 2015, Central North sub-market stands out with a total level of over 100,000 sqm currently under construction.