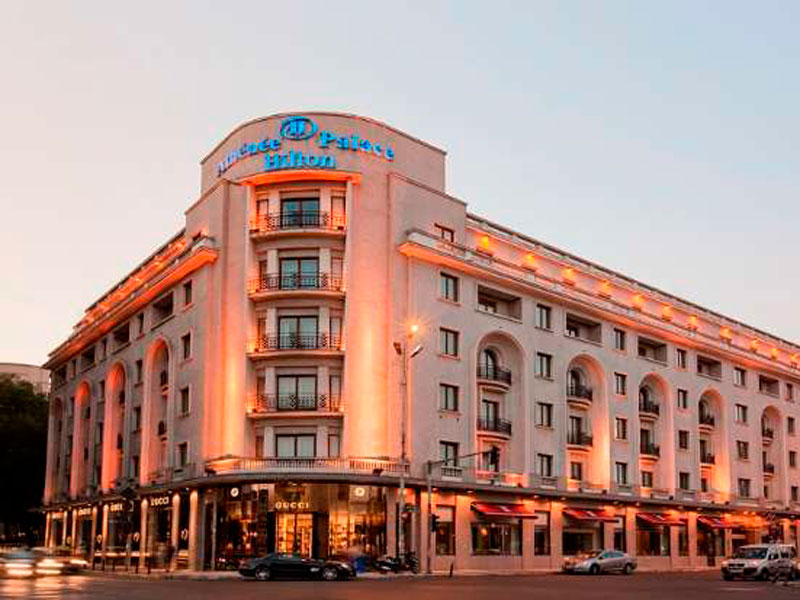 The building which hosts the five-star hotel Athénée Palace Hilton downtown Bucharest is this year a century old. Built in 1914 based on the plans of French architect Teophile Bradeau, Athenee Palace hosted over the years kings, prime Ministers, ambassadors, generals, writers and Hollywood divas, journalists and world war spies.

“No other hotel in Romania managed to play such an important role in Romania’s social and political life in the beginning of the century. It survived an occupation, several large earthquakes and two attempts on it, which, even if bloody, did not manage to subdue its greatness,” said Alexandra Copos de Prada, the owner of the hotel.

The hotel inspired writers and is the center point of a novel written by Countess Waldeck, “Athenee Palace”. The countess, who back in 1940 was a journalist and correspondent for Newsweek, stayed at Athenee Palace in Bucharest for seven months, as Bucharest was not occupied and had diplomatic ties with all countries in the conflict. In 1942, when back to New York, she wrote in a couple of months the book that made her – and the place – famous.

Running under the Hilton brand since 1997, the hotel is currently run by Jan Thomsen, as general manager. The hotel has put together some culinary treats to celebrate its century of history.

Athenee Palace Hilton is owned by the Ana Hotels Group, which also runs hotels and spas on the Romanian seaside and in the mountains area.