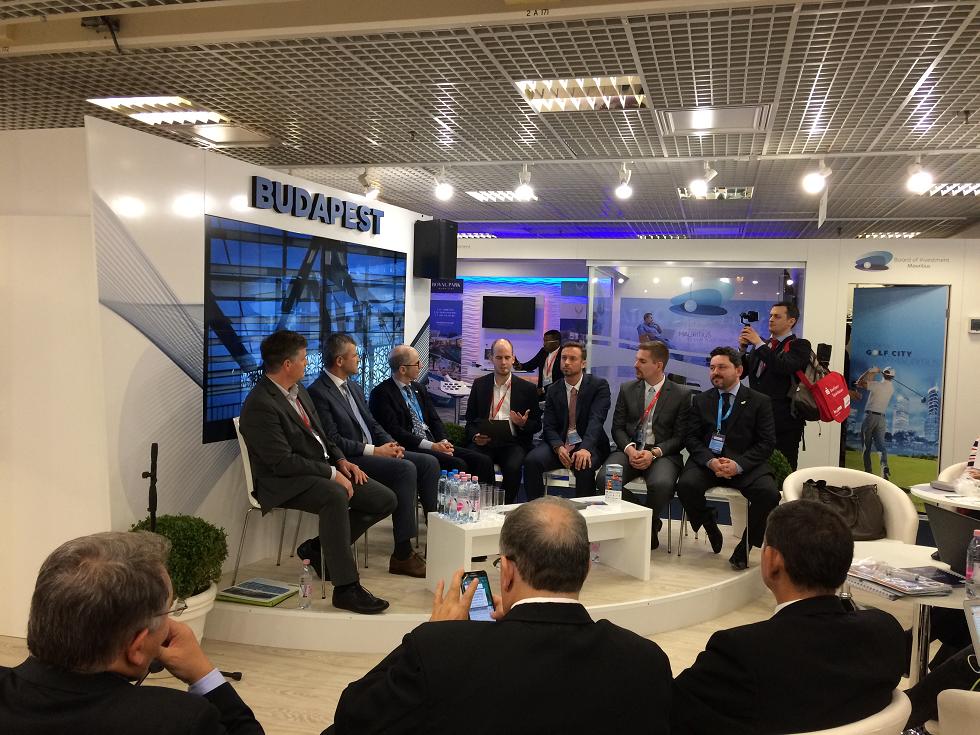 This year Budapest had the largest and most spectacular stand at MIPIM, the number one meeting place and professional forum of the international property and investment market.
The Hungarian capital city is not only among the best in this respect, as in 2017 Liget Budapest was among the world’s four finalists in the “Best Futura Mega Project” award, as the only European Union development.

In addition to this excellent recognition, the events taking place at the stand attracted the attention of several thousand real estate specialists visiting MIPIM. Deputy Mayor of Budapest, Alexandra Szalay-Bobrovniczky was at the trade show to represent the Municipality of Budapest. The panel discussions that took place on the stand focused on Hungary’s macro-economic performance, future prospects and property market fundamentals making Budapest an increasingly attractive target for international investors. This trend is also being intensified by the quality and sustainability of property projects as well as by the relative price advantages.

Hotel development projects were also highlighted as a special subject; over the next two years the capital city’s hotel capacity will gain a further two thousand rooms.