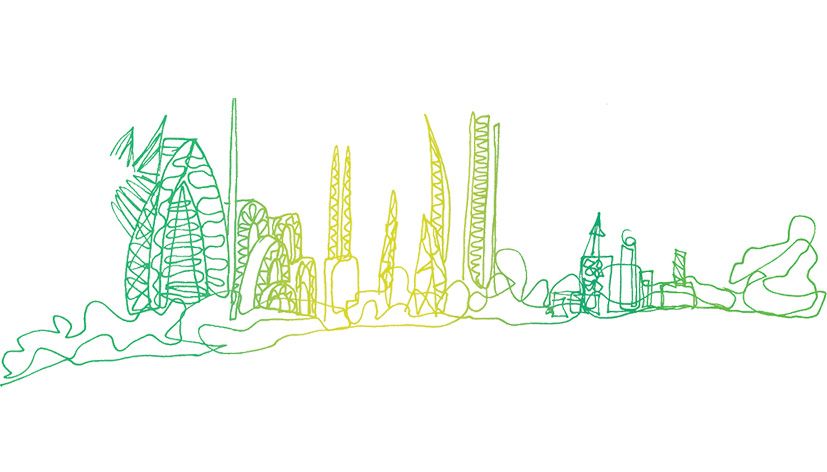 Buildings of the Future: science fiction or science fact? – EuropaProperty

The world is changing at an exponential rate and science fiction is fast becoming science fact. We are moving towards an increasingly digital, interconnected society and with it comes the realisation that everything we know will change.

The built environment has been slower than other industries to react to this change. In some ways, it’s been in ‘catch-up’ mode, clutching tightly to the ‘status quo’. The reality is that operational construction functions, activities and experiences, as well as expectations around performance, are evolving and so too must the built environment.

To better understand how it can help its clients anticipate the journey towards Buildings of the Future, Aurecon has released a white paper called ‘Buildings of the Future: science fiction or science fact?’. Inspired by interviews with a broad group of professionals across the built environment who were asked to imagine what Buildings of the Future might look like and how they might be created, the paper shares fascinating thoughts around what’s driving demand, challenges inherent in reaching Intelligent Building status and what some of the next steps in this journey might be.

“The major drivers identified in the paper have the potential to reshape the built environment industry in the next 30 years,” commented Peter Greaves, Aurecon’s Buildings of the Future Leader.

According to the paper, ‘Buildings of the Future: science fiction or science fact?’, one of the biggest disruptors to the design engineering industry is that of new 3D printing technology, and the impact it will have on the built environment.

“The 3D printer is significantly disrupting the traditional design role held by the structural engineer but, at the same time, presents exciting new opportunities in how building designers will create, relocate and shape Buildings of the Future,” said Greaves.

Aurecon’s white paper shows that a ‘one-size-fits-all’ approach to Buildings of the Future is becoming less and less palatable. The use of new, flexible construction materials, including composite materials, additive manufacturing concrete, solar polymers and carbon fibre balsa, is fuelling new design approaches.

“These options are unlocking the architectural limitations of size, weight and shape that the building and construction industry works within today,” he claimed. “To bring this to life, the thought processes, measurements and methods commonly used in our industry will also have to evolve.”

Could the ‘Building Internet of Things’ (BIoT) become a ‘thing’?

Another opportunity highlighted by the paper is further innovation in the building management field by developing shared services in facilities management within a precinct.

“Aurecon believes that the first real innovators in the facilities management space are likely to be those who explore the idea of shared building maintenance hubs,” said Greaves. “Such hubs would be designed to provide facilities for all local buildings to centrally monitor electricity, water, energy storage common areas and integrate other aspects of maintenance and management of operational efficiencies.”

The Western Sydney Airport and indeed Greater Sydney’s development could become a prime example of an opportunity to implement this. With the 2017-2018 Australian Federal Budget reaffirming the Government’s commitment to several large infrastructure projects in the area, including high-speed rail to Western Sydney, as well as funding AUD 23.5 million over four years for a large City Deals programme likely to support integrated infrastructure development – a ‘whole of precinct’ approach to the management of facilities and wider infrastructure assets is key.

“If we’re going to help design Buildings of the Future, we have to be able to envision them,” commented James Bennett, Aurecon’s Managing Director, Built Environment. “Aurecon wants to be a forerunner in helping our clients identify the opportunities this presents and facilitating these changes.”

“Those who shape Buildings of the Future will be those who, firstly, realise that our world is changing and have the boldness to not only let go of, but question, the status quo so that working with government and economic leaders, we might re-imagine our physical spaces and infrastructure. Engineers need to lead such conversations,” asserted Bennett.

Greaves believes that navigating these drivers will require far more than infrastructure design. “We’re seeing a heightened demand for technical solutions that drive optimal commercial as well as socio-economic outcomes for clients and communities alike. Aurecon’s strength lies in engineering-led design and a deep drive to bring global best practice and innovation to their clients.”