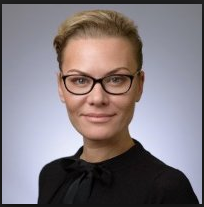 CBRE has indicated the key trends of the Moscow Office Market in 2017 and given a forecast for 2018. According to the report, take-up in 2017 (1.28 million sqm) and broke the record for a seven-year period, becoming the highest value since 2010.

Elena Denisova, Senior Director, Head of Offices CBRE in Russia, said, “The recovery process of both the national economy and the commercial real estate market is proceeding at a restrained pace. Nevertheless, for the office real estate market, 2017 was marked by several turning points in terms of further development. One of them is an increase in the activity of private companies for leasing and purchasing new office space. Private business demand, which has been strongly sagged in 2015-2016, coupled with a public sector interest in high-quality offices that is declining but still has significant impact on market indicators led to a record for the market take-up. In addition, the trend to reduce available supply of large office space (more than 10,000 sqm) in the best quality business centers, which began to appear in the middle of 2016, in 2017 for the first time caused the competition of large users for selected premises. This phenomenon has not been observed since 2007, and, like private sector companies’ restoring activity, is a prerequisite for the rental rates growth in 2018 and the beginning of a gradual shift of the balance towards ‘landlords’ on the office market.”

• In 2017, 408,000 sqm were commissioned in the Moscow office market. Even though this volume exceeded the previous year by 29 percent, business construction activity remains low.

• In 2017, financial sector representatives that were mostly companies with state participation or state companies (82 percent of take-up in the sector) remained active on the office market.

• Interest in medium-sized office space (33 percent of take-up in 2017) is one of the indicators of the demand stability and less impact on it of the crisis period effects.

• In 2017 a competition between large users for quality space occurred for the first time since 2007 on the office market.