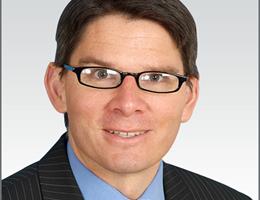 Global real estate transaction volumes fell in the first quarter of this year in line with weaker market sentiment, according to JLL’s preliminary global capital flows data. However, pockets of growth were registered in some regions with expectations for 2016 activity to stay broadly in line with 2015. EMEA volumes were 20 percent lower year-on-year but growth was recorded in the Nordics, Benelux and CEE.

Global real estate investment volumes in the first quarter of 2016 dropped 17 percent year-on-year to US$128 billion (€112 billion). This compares with US$154 billion (€135 billion) registered in the first three months of last year, which was the strongest start to a year in this current 6-year cycle.

“The heightened level of volatility and risk aversion that we experienced in the first four to five weeks of 2016 have combined with what is always the quietest quarter of the year to make the results for Q1 2016 look quite weak,” said JLL’s global capital markets research director, David Green-Morgan. “Nonetheless, recovery has been particularly quick, equity markets are back to early January levels and credit spreads have narrowed again. Capital remains unspent and more is likely to be deployed as we move through the year, leading us to believe that 2016 activity will be broadly in line with 2015 at around US$700 billion (€615 billion).”

European volumes are 20 percent lower in U.S. dollar terms at US$46 billion (€40 billion) with France and the UK recording the biggest falls of the major markets with 30 percent and 37 percent declines respectively. Germany performed slightly better with a 7 percent drop while, elsewhere, there were gains in the Nordics, Benelux, and CEE.