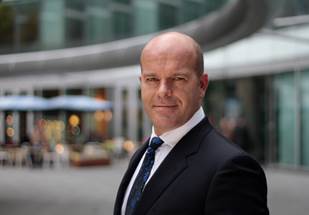 Colliers International has advised vendors and buyers on transactions volumes of over €1 billion so far during 2014. The third quarter was the most active for the firm in terms of the investment services provided for the clients in CEE.

Transacted assets in Poland, the Czech Republic and Romania were dominating in terms of the scale, size and quality while the sale of CA Immo shares to O1 Group Limited was a landmark transaction in terms of the substantial value of the client’s portfolio.

Damian Harrington, Colliers International, Regional Director of Research for Eastern Europe commented: “Despite a slow start to the year, market activity has picked up in the third quarter with just over €3 billion worth of deals closed. This takes the yearly total to date to just over €6.6 billion, which is in-line with Colliers outlook at the start of the year. Despite a slowdown in Russian based transactions, activity has continued to pick up across the region as a growing range of investors continue to seek out yield and product. Outside of the core Polish and Czech markets, Hungarian and Romanian investment volumes have already surpassed 2013 levels by around 20% and this is a trend we expect to continue well into 2015.”

Since the beginning of 2014 Colliers acted on behalf of such clients as CA Immobilien Anlagen, O1 Group Limited, Skanska Property, Avestus Real Estate and Invest4SEE.

Colliers EMEA Investment Services Team have also advised Russian investor O1 Properties (a part of O1 Group) on the landmark investment on a circa €3.5 billion portfolio. The 15,954,891 ordinary shares to be sold to O1 Group Limited represent the entire participation currently held by UniCredit, and correspond to approximately 16.35 percent of the outstanding share capital and voting rights of CA Immo.

In the Czech Republic Colliers advised in the closing of five significant investment deals including properties located in Prague’s Central Business District. The total number of traded space was ca 35,500 sqm for office and retail buildings and 330,000 m² of land plots for industrial development.

Colliers acted for the GLL Accession Fund which sold Praha City Centre, an 18,000 sqm office building in Central Prague, to Tristan Capital Partners CCP III Fund. In the sale of Palac Ara, a 4,800 sqm office and retail building in Prague’s CBD to Lordship, Colliers acted for the purchaser, ECE European City Estates. The third transaction was Euro Astra Palace, a 5,630 sqm retail and office building in Prague’s CBD that was sold to Dragon Capital / MINT Investments. Avestus, the vendor in this transaction was represented by Colliers. Riverview Office Building, a 7,000 sqm office in Prague 5 was sold by Skanska to Invesco. Colliers represented the purchaser.

And finally R6 Logistic Park Project, comprising a 330,000 sqm of land plot for industrial development located in Prague West was sold by Skanska Property to ProLogis. Colliers represented the purchaser.

Omar Sattar, Managing Director, Colliers International in Czech Republic added: “It has been a very successful year for Colliers in the Czech Republic and the CEE region in general. We were very fortunate to have been part of some of the Czech Republic’s most significant transactions in 2014 and are looking forward to watching the market develop into 2015.”

The largest industrial transaction in Romania of the past 5 years took place in Timisoara, one of the largest cities in Romania, and a key hub of the country’s economic development driven by its industrial and services sectors serving mainly Western Europe.

Invest4SEE sold Timisoara Airport Park in Timis County to London AIM listed investor, Globalworth. Colliers International advised the seller. Subject to the deal was the sale of an existing building leased on long term to Valeo, the French automotive group, and the forward sale of a building leased on long term to Continental, the German automotive group, the latter to be delivered in 2015. The total park will feature over 70,000 sqm of space after completion of the Continental building.