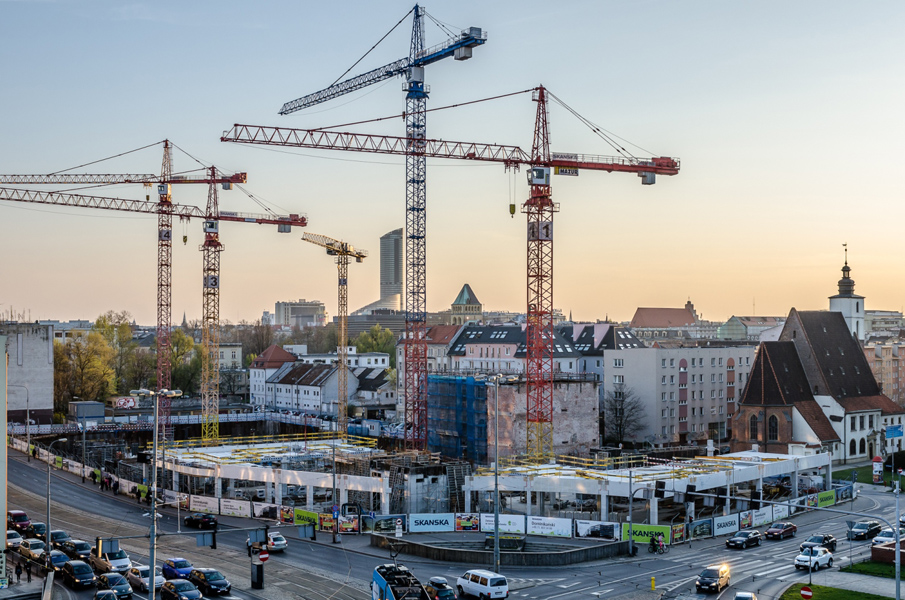 Construction is advancing quickly on the Dominikański office complex, situated right next to Dominikański Square in Wrocław. The investor, Skanska Property Poland, has just launched the second phase of its largest office project in the city. In the past few months it has signed the first lease agreements for office space in the complex.

The office complex, which is being constructed in two phases, is made up of two buildings, A and B, with a total leasable area of around 40,000 sqm. Dominikański will have two underground levels and seven storeys above ground. Currently, in building A, which is most advanced, the underground levels have been completed and construction is continuing above ground. As part of phase I, building A with a total office and retail space of 16,000 sqm will be erected – completion is planned for Q2 2015. The completion of phase II with a total leasable area of 24,000 sqm is planned for Q3 2015.

The first tenant in Dominikański to sign the lease agreement back in February is Deloitte. The company will occupy 1,335 sqm and house its Wrocław office here. Deloitte will move in in October 2015. Negotiations with other potential tenants are already advanced. The complex is due to be completed in Q2/Q3 2015.