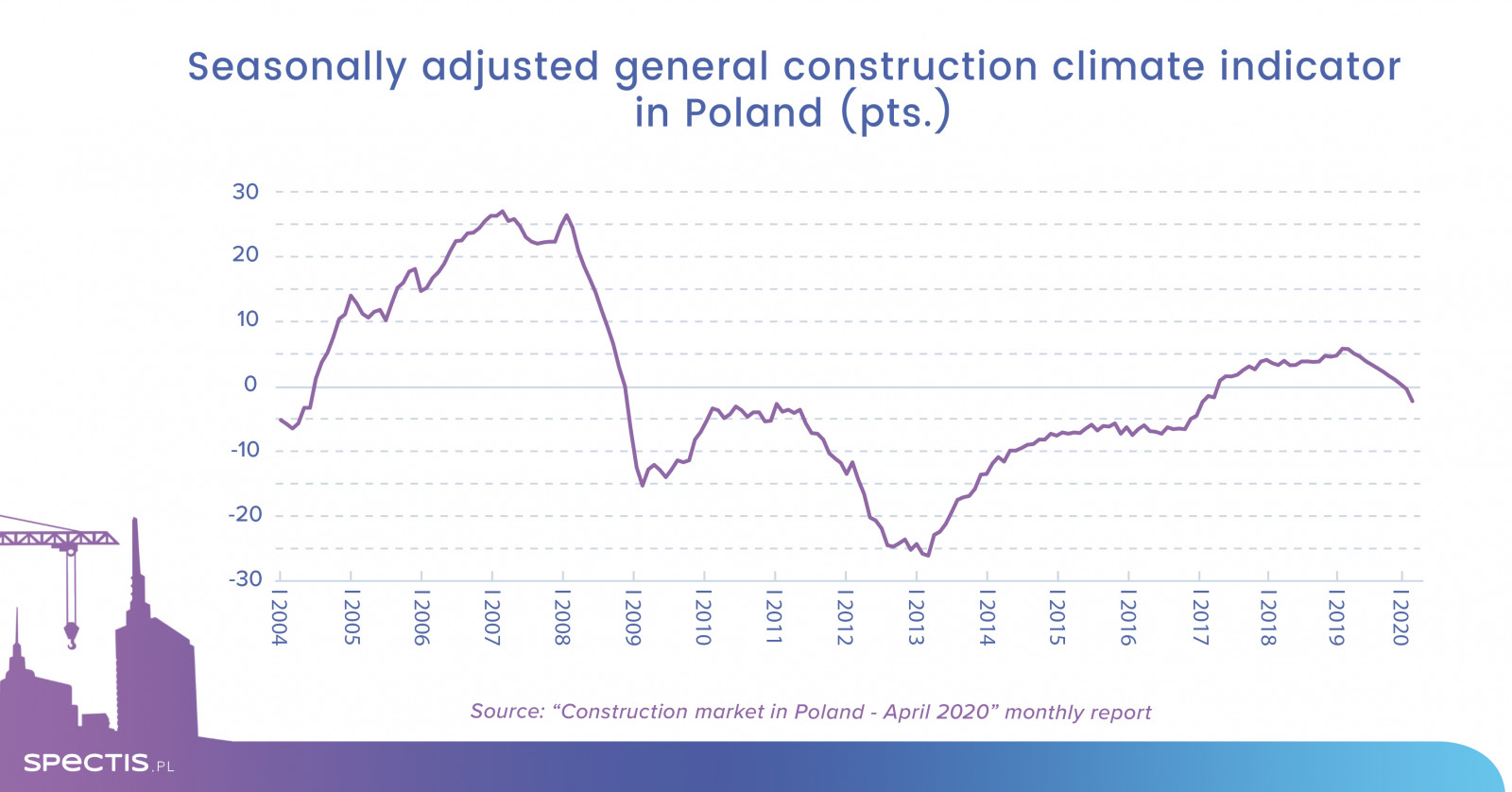 March was the twelfth consecutive month to see decreases in confidence in the construction sector. The seasonally-adjusted confidence index dipped into negative territory, and it plunged to a three-year low. Since the March survey does not reflect a completely new economic reality, it is expected that construction confidence will fall dramatically in April.

In the first quarter of the year, the construction industry created a valuable buffer it will be able to rely on during the first phase of the downturn, according to the latest monthly report by research company Spectis, “Construction market in Poland – April 2020”.

Just as was the case in January, February was a very good month for manufacturers of building materials. Early signals from the market indicate that this high demand continued into March, which could be partly the effect of stocking up and signing contracts for future delivery. Increased shopping activity recorded by DIY stores in the second half of March should translate into high levels of production of basic building materials in both March and April.

There are many unexpected developments likely to occur in the Polish economy over the coming months, and the current crisis is unlike any other we have seen before. During the previous crises, the service sector, which is the hardest-hit now, was the stabilising factor for the economic situation. This time, its role can be taken over by the manufacturing and construction industries, hence last week’s strong declarations on the part of GDDKiA and PKP PLK stating their intention to continue all ongoing investment projects.

The main factor to shape construction and assembly output growth in 2020 will be the government’s April decision regarding further measures to contain the epidemic. The leading construction groups operating in Western Europe (e.g. Porr, Strabag, Ferrovial and Vinci) decided to shut down all work on construction sites. If construction companies in Poland were to go that way as part of tougher measures to combat the epidemic, the Polish construction market could be at risk of collapse, just like the tourism or service sectors.