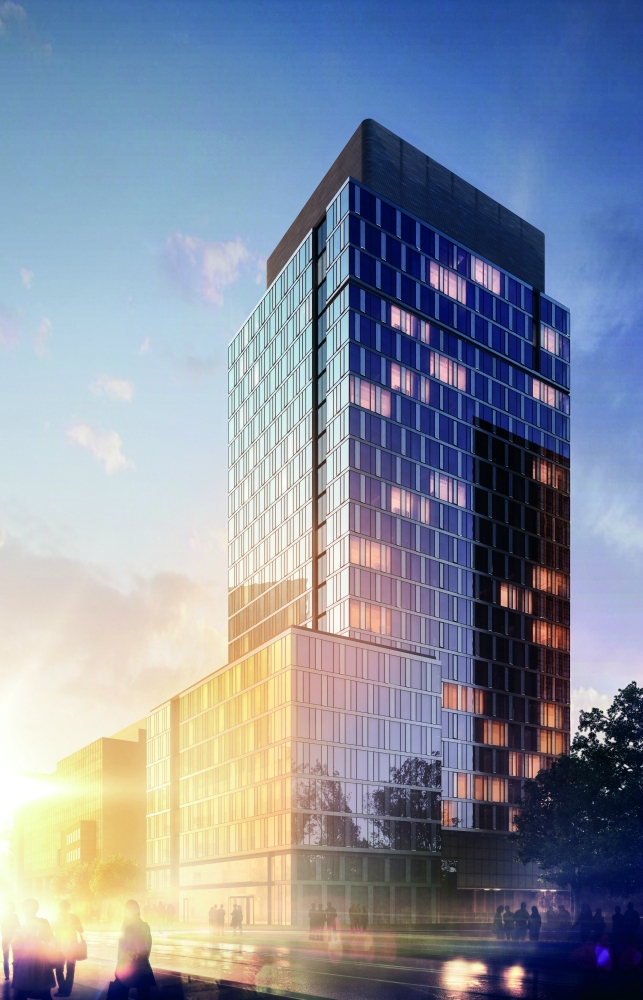 Intensive underground works are under way at the PRIME Corporate Center construction site. The A Class office building, which is under development at Grzybowska 78 in Warsaw, will be the new headquarter of Raiffeisen Polbank. An 83-metre tall skyscraper offering 21,000 sqm of space will be delivered in the 1st quarter of 2016.

The development began in the 2nd quarter of 2014. Construction site works are proceeding according to schedule, with diaphragm walls and ceiling parts completed in order to strengthen the site’s underground construction works. The concreting of building’s foundation plate is also in its advanced stages, and planned to be finished in the middle of October this year. The investment’s general constructor – Warbud – will start raising the 23-storeys above ground level at the beginning of January 2015.

Solomon Cordwell Buenz (SCB) from Chicago, cooperating locally with Epstein, is responsible for the architectural design of the project. The investment is being delivered in line with “very good” BREEAM ecological certificate standards.

Raiffeisen Polbank will be the main tenant occupying over 90 percent of office space available in the building, as well as entire ground floor retail space. The agreement for 19,500 sqm finalized between Golub GetHouse and Raiffeisen Polbank is the largest office space lease transaction in the capital this year.

Employees of Raiffeisen Polbank will move into its new headquarters in the 1st half of 2016.