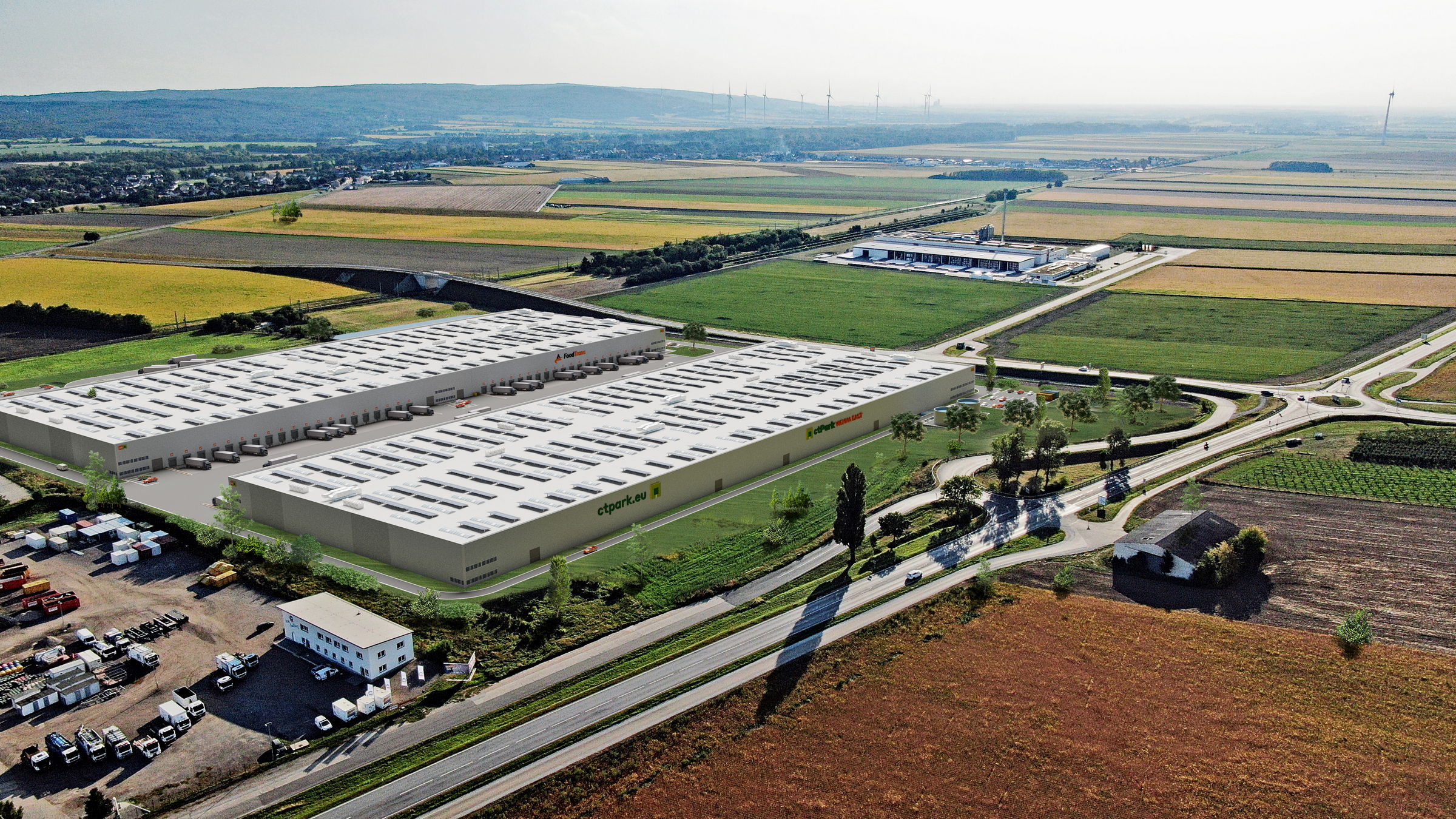 CTP, Europe’s largest listed owner, developer, and operator of logistic and industrial real estate by gross lettable area (GLA) is to construct a new 12,000 sqm ‘BREEAM Outstanding’ sustainability-certified warehouse and office facility at CTPark Vienna East, its first development in the Austrian market, for inaugural tenant Toyota Logistics Services Austria GmbH. Completion is expected in December 2022. Toyota Logistics Services is the spare parts distribution arm of the Japanese auto giant, and this is also the first agreement between CTP and Toyota in Europe.

The 52,000 sqm CTPark Vienna East lies on a c. nine-hectare site, 15 minutes from Austria’slargest airport, Vienna Schwechat, directly adjacent to the A4 motorway and within easy reach of the city and the Slovakian capital Bratislava, providing an ideal location for logistics and light industrial functions.

Karl Brückner, Country Manager, CTP Austria, said: “CTPark Vienna East is being developed at the heart of Austria’s light industrial hub, which itself lies at the middle of the main logistics corridor connecting Western and Central and Eastern Europe, so this was a logical site for Toyota Logistics Services to establish a new facility, which CTP will construct to the highest sustainability standards. We have achieved a significant milestone here at CTPark Vienna East by securing not only our first development in the Austrian market but also our inaugural tenant and the first agreement in Europe with Toyota, one of the largest automotive manufacturers in the world. Neighbouring both the Czech Republic, our largest market, and Germany with the recent launch of CTP Germany, the Austrian market represents a strategic priority for the CTP Group.”

CTP owns four sites in Austria around three sides of Vienna to the north, south and east, offering the potential to develop some 139,000 sqm of space. Vienna North is on the edge of the capital with excellent connections via the A23 to the city and to Hungary and Slovakia via the A22 and A5 respectively. CTP is planning to build c. 48,000 sqm of space in CTPark Vienna North in two buildings, with units ranging from 2,000 sqm to 15,000 sqm. CTPark Vienna South is equally well located close to the A2 Highway which links Vienna to Italy via Graz and Klagenfurt, as well as CTP’s core CEE markets. The company has plans to construct some 40,000 sqm of space on the 7.5-hectare site.

Vienna has topped Mercers’ quality of living index for ten years and, as the cultural, economic and political centre of Austria, it has been one of Europe’s leading hubs for business and technology for decades. The city is home to over 200 global businesses and has a population of circa two million, nearly one-third of the country’s total. Seated at the crossroads of Eastern and Western Europe, Vienna boasts the country’s biggest freight hub and is the starting point of several motorways that connect Hungary, the Czech Republic, Slovakia, Slovenia and the western states of Austria, most of which will be served from this new regional centre.

Martin Eisenschien, the Executive Partner at MES Real Estate Services, which acted for CTPAustria, said, “CTP’s extensive track record as the leading developer and operator of logistics and light industrial space in the CEE markets also makes it a formidable new force in the Austrian market. The company brings a refreshing approach with its ‘park making’ philosophy, which delivers tangible economic and environmental benefits at the local level, not only for its occupiers but also for the communities and municipalities surrounding its parks. Furthermore, CTP’s approach to sustainable development at a time where these things really matter, especially here in Austria, leaves it in pole position to attract high calibre tenants to its sites, which are all in supply-constrained, well-connected, and highly desirable locations.”