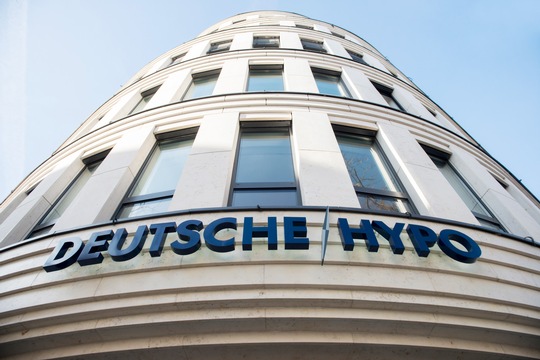 In the financial year of 2018, Deutsche Hypothekenbank generated a result from normal operations of €74.7 million, representing a 19.1 percent increase on the previous year’s result of €62.7 million. This positive development was due both to special effects and in particular also to the high quality of the financing provided, producing a risk result enabling net releases in the real estate finance business area.

“We are satisfied with the financial year 2018 and are delighted that the current result seamlessly continues our strong results from the previous year. Our lending activity, which is always focused on quality, is clearly paying off, and also forms the foundation for a strong future position for Deutsche Hypo in terms of its financing portfolio. The fact that last year we were able to further boost our precautionary reserves is important and positive in equal measure,” explained Sabine Barthauer, Member of Board of Managing Directors of Deutsche Hypo, on the publication of the financial figures.

The new business volume in 2018 was down compared with the level of credit commitments in the previous year, largely due to the intensive competition within the market environment. Additionally, the Bank’s quality-focused business policy means that it has been deliberately very selective in terms of new business. At the end of the year, the volume of new business transactions stood at €2,869.8 million (prior year: €3,798.3 million).

The Bank’s risk-conscious lending policy produced a positive risk result in the commercial real estate finance area – also seeing releases of loan loss provisions in net terms. For the Bank as a whole, the risk result came to €-20.3 million (prior year: €-41.3 million), an improvement of more than 50 percent. As in previous years, this also includes a significant increase of the precautionary reserves pursuant to section 340 f German Commercial Code (HGB). While the other operating income was down at €-7.4 million (prior year: €-4.2 million), the income from securities and participatory interest rose to €9.1 million (prior year: €-10.2), which was primarily due to a special effect: Earnings from the sale of a debtor warrant of Heta Asset Resolution AG totalling €12.1 million were posted.

As a result of the development of new business and intensification of competition which increased pressure on margins, the Bank’s net interest income of €177.4 million (prior year: €193.4 million) was down year-on-year. Additionally, the reduction of the capital market portfolio, which is still proceeding to plan, had a detrimental impact on interest income. At €84.0 million (prior year: €83.8 million), the administrative expenses of Deutsche Hypo remained more or less stable. Additional investments in the technical and organisational infrastructure and lower expenditure for variable remuneration components largely balanced out. At €11.1 million, the bank levy again represented a significant cost element. The cost-income-ratio rose to 49.5 percent (prior year: 42.3 percent).

“Our sector continues to express a healthy optimism, which was apparent at the Mipim real estate trade fair in March. I assume that the real estate cycle will remain at this strong level for some time to come,” explained Barthauer. “We are looking confidently to financial year 2019 and expect that again we will enter into high-quality new business transactions both at our domestic and foreign markets. Given the unrelenting competition and our risk-averse business policy, we do not assume, however, that the level of the previous year’s result will be achieved in 2019.”