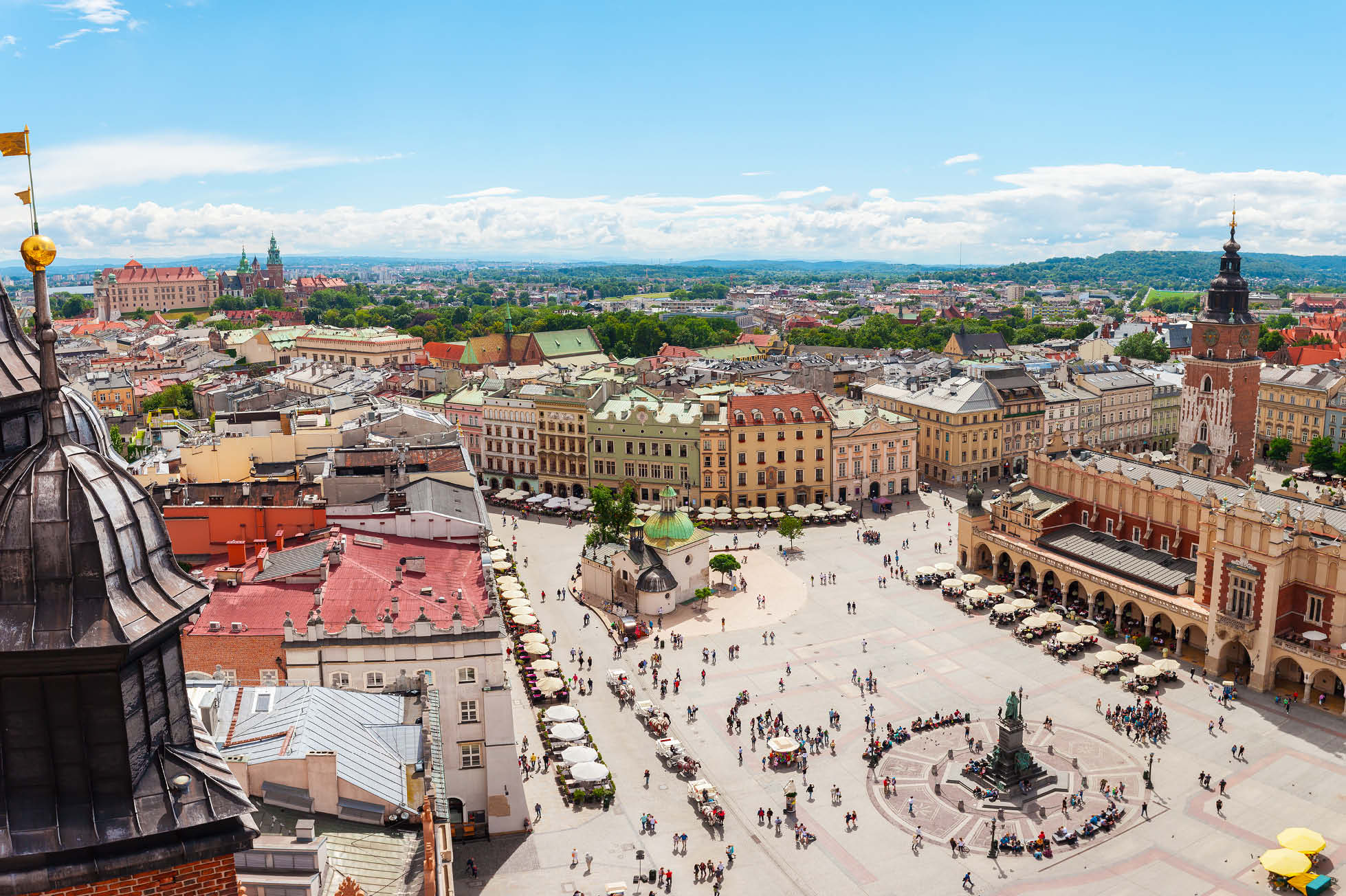 If all pending projects come to fruition on time, there will be no shortage of office space in Krakow. Occupier activity in the capital of the Lesser Poland region continues to focus on central districts that are well-connected to all the parts of the city, says Anna Madejska, Advisor, Newmark Polska.

With an office stock of over 1,651,000 sqm, Krakow is the largest regional city office market in Poland. Office development activity has been dispersed across the city for many years, but this is changing. Tenants have recently begun to relocate closer to the city centre: to such districts as Grzegórzki, Stare Miasto, Podgórze and Krowodrza. This has also led developers to shift their focus to these locations.

A business district is emerging in Grzegórzki in its own right. It will comprise a mixed-use project Fabryczna City, which is being developed at the post-industrial site of the former state-owned Polmos distillery, close to two key road junctions: Mogilskie and Grzegórzeckie roundabouts. This project will also see the completion of Fabryczna Office Park, whose fourth office building with an area of 10,500 sqm was delivered in December; its fifth building comprising almost 13,800 sqm and serving as the head office of Capgemini is scheduled for delivery in early 2023. The mixed-use complex will also include a residential quarter in addition to F&B and service outlets in the revitalised Polmos buildings. This district has also seen Strabag Real Estate begin tearing down the disused Galeria Plaza shopping centre in Mogilska Street, which will be replaced by a mixed-use project with offices by 2025.

“Benefiting from mixed-use developments and the activity of the city authorities, Grzegórzki has seen the emergence of services, restaurants, as well as cultural, educational and entertainment facilities; these have become a magnet attracting investors seeking to offer tenants offices in an interesting and comfortable setting. Its strengths are also multiple green areas, its location near the Old Town and easy access to all the districts of Krakow,” says Anna Madejska.

Another hot spot for companies looking for offices is Podgórze, where Cavatina Holding is developing the Ocean Office Park in four phases at the junction of Klimeckiego and Nowohucka streets. The project will provide over 52,000 sqm of office space at full build-out. Its first phase has already been completed and its second phase, comprising the largest building with an area of 28,600 sqm, is expected to be delivered next year.

Office take-up comes from IT and shared services centres

Of all the regional cities, Krakow reported the strongest demand for office space in the first three quarters of this year. Total office take-up came to close to 134,000 sqm. Shared services centres have been growing in Krakow for years. The city now has over 260 BPO/SSC operators with a combined headcount of over 92,000. Office demand comes from both well-established service centres that are in expansion mode and new BPO/SSC companies entering the Krakow market.

The largest lease deals of 2022 were finalized by the IT and technology sectors. Capgemini leased close to 13,800 sqm in Fabryczna Office Park B5 while Cisco Systems Poland renegotiated its lease for around 12,500 sqm in Enterprise Park C. “With the adoption of hybrid working models and rising employee requirements as to the quality and location of the office, some tenants are relocating to more central and modern buildings and optimizing offices. Capgemini is an example – it leased space in a new mixed-use complex close to the city centre,” says Anna Madejska. “Relocations to newer buildings are also being driven by the need to save on service charges. Not only are modern buildings better insulated, but they also feature advanced technological and sustainable solutions that save water and electricity.”

That said, relocation was not the preferred option for all as regearing accounted for as much as almost a third of office take-up for the first three quarters of this year.

Global companies are drawn to Krakow

According to statistics, more and more international corporations are relocating to Krakow. This year’s newcomers include US companies Grass Valley and Huntsman Corporation, as well as Larsen & Toubro from India. What has attracted them to Krakow? “First of all, the city’s young and high-skilled labour pool. Krakow boasts an ever-growing number of university students and graduates – it currently has close to 130,000 undergraduates. Research has shown that a modern workplace in a good location is an asset in the war for top talent – on a par with a good job and pay. Expectations about the office environment have significantly increased post-pandemic. Candidates will calculate commute times during the recruitment process even if they opt for hybrid working. Additionally, on their way to work they would like to do some shopping or go to a fitness club, which is encouraging tenants to look for offices with access to amenities that matter,” comments Anna Madejska.

Developers go where there is demand

More bargains in grade B buildings

Krakow’s rents have remained stable for several quarters, standing at €13.5-16 per sqm per month for grade A office space and €10-13 per sqm in older buildings. “We expect that high inflation, rising construction costs and strong demand for new office space will all push grade A office rents up. On the other hand, with office availability remaining high in older buildings and weaker occupier demand for such space, we are likely to see pressure from tenants to renegotiate rents and lease incentives,” says Anna Madejska.

Krakow, the largest regional city office market, remains an attractive destination for investors and tenants alike. “This is borne out by its wide choice of offices in existing stock and projects in the pipeline, as well as the highest office take-up of Poland’s six largest regional cities. I think that next year’s healthy new supply levels will attract more companies to establish a business in Krakow and encourage those present here to stay on in the city,” concludes Anna Madejska, Newmark Polska.