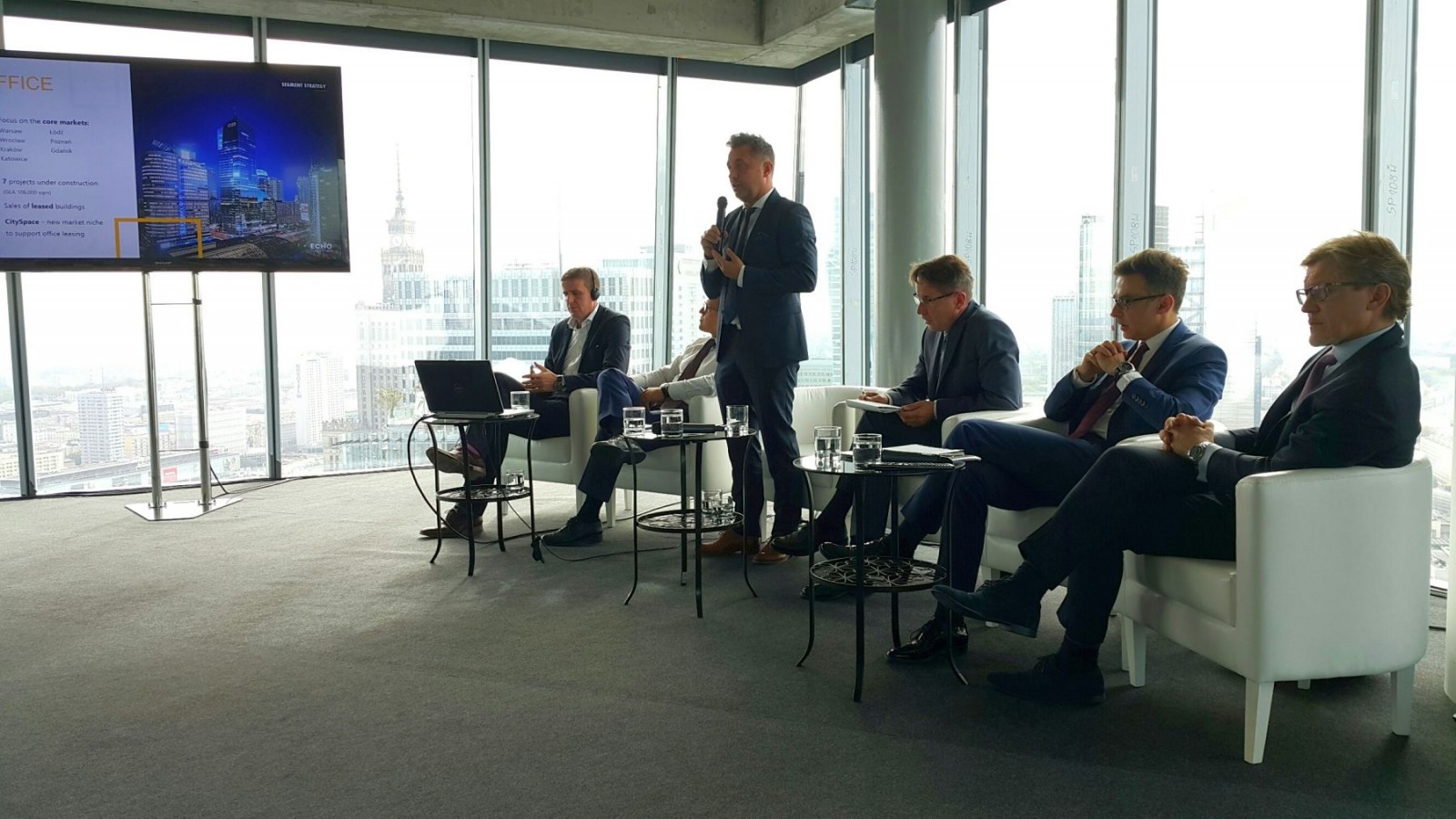 Focusing on development activity in Poland and building dominant position in its office, retail and housing retail sectors, are the main pillars of Echo Investment profitable growth strategy for next years. The result will be regular dividend payment for the company’s shareholders.

“Last year, the company found a new shareholder and this means a brand new philosophy,” the company CEO Nicklas Lindberg told journalists. “From being an investment and developing company, we turn into a pure developer. We will build, lease and sell our projects, instead of creating a portfolio of leasable properties, as we did before. That will ensure faster capital turnover, higher rates of return and, as a result, regular dividend payout for our shareholders.”

Echo Investment will focus on the Polish real estate market, with a goal to build the dominant position in office, retail and residential property segment.

“We want to increase our market share in each sector of our activity, with simultaneous profit generation,” Lindberg added. “This is how we understand profitable growth principle.”

Echo’s CEO also added that one way to increase the profitability is to strengthen the company’s construction division which will allow better control of costs, quality and security on sites.
“We are going to implement our own investments as well as provide – at market prices – developing, leasing and consulting services for our main shareholder – Griffin Estate Group,” said Echo’s CEO.

Right now, Echo Investment is developing 49 projects, with total space of over 500,000 sqm.

Echo Investment posted consolidated profit of PLN 229 million versus PLN 22,7 million last year. In the first half of the year the value of the company’s assets was PLN 5,550 billion (vs PLN 6,279 billion a year earlier). In 2016, the company, for the first time in its history, earmarked PLN 2,175 billion for the dividend payout. That translates to the dividend of PLN 5,27 per share. After dividend payout the company had PLN 472 million in cash.