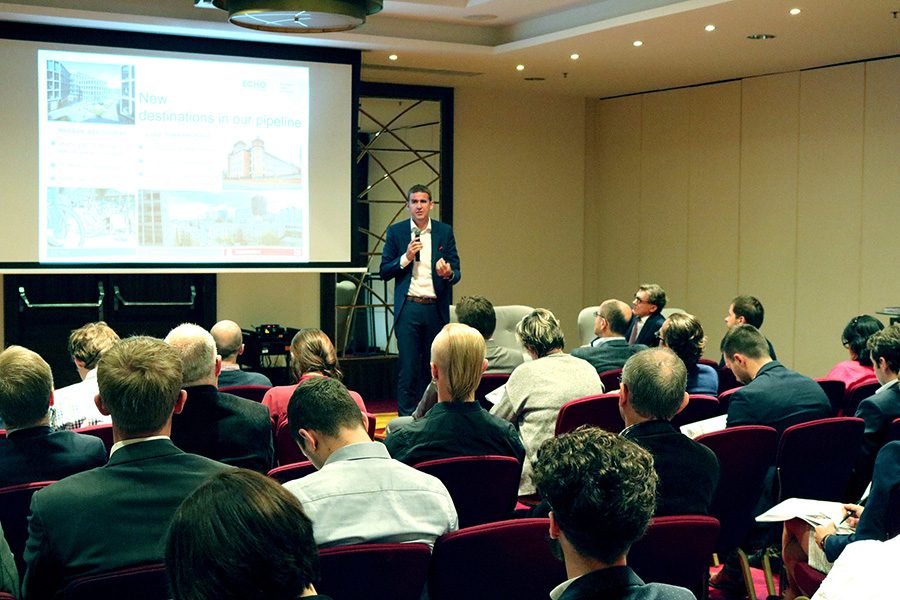 Echo Investment, a development company listed on WSE, executes the strategy of profitable growth. Strong financial results for the first six months of the year proved its efficiency, with performance of its business segments strengthening towards H2 2017.

• Special dividend of PLN 0.5 per share paid to the company shareholders

“The second half of the year is going to be even more successful. Several properties are going to be commissioned, including O3 Business Campus in Kraków, Symetris II in Łódź, as well as retail schemes run for EPP – Galaxy and Outlet extensions. We will also transfer about 770 apartments to its ultimate owners”, says Nicklas Lindberg, CEO of Echo Investment.

Key developments in the residential sector

In H1 2017, Echo sold 550 apartments and handed keys to 148. The company is well on its way to achieve full-year record goal of selling 1,300 apartments and handing over keys to at least 925 units. In H2 2017 Echo is planning to extend its offer by starting construction works on projects with 1,200 units.

Over the last few months, Echo signed preliminary sale agreements of two office buildings in Wrocław: West Link and Sagittarius. By the end of the year the company will complete three other office buildings: Symetris II in Łódź, O3 Business Campus II in Cracow and Nobilis in Wrocław, making them ready to be sold. The preliminary agreement to sell Symetris II and O3 Business Campus II is already signed with EPP.

The company smoothly took over Warsaw’s Galeria Młociny, a mixed-use retail and office property with total GLA of 81,900 sqm. The shopping mall, now under construction, sees high interest from potential tenants and is already 56 percent leased.

In the next few weeks, Echo will be celebrating the completion of extensions of the Outlet Park and Galaxy retail projects being developed for EPP.

During the period, Echo has launched construction works in the Browary Warszawskie project. Two residential and one office buildings are currently under construction and the work on the third residential building will start in few weeks. Browary’s concept is to return this historical area to the city by creating destinations – places attracting people to live, work and socialize there.

Echo Investment also moves forward with its other flagship project – development of Towarowa 22. Here, the designing and permitting works are going on full speed in order to find the perfect balance between retail, residential, office, service and leisure functions.

Over the last 12 months, the company continued purchases of new plots and projects acquiring almost 550,000 sqm of potential office and retail GLA, as well as residential space. Additional 70,000 sqm is secured by preliminary agreements, while 390,000 sqm are subject to advanced negotiations (half of it for residential projects).

“Echo Investment has worked for a long time to reach strong market position,” adds Mr Lindberg. “Looking forward, we are going to continue providing our clients with the quality office, retail and residential space and our investors – with the strong returns and dividends, according to our profitable growth strategy.”