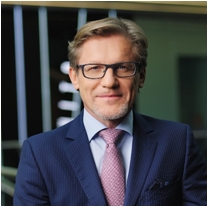 Investors needed less than two days to subscribe for all F-series public bonds issued by Echo Investment. The total value of the tranche amounted to PLN 125 million. The offer was oversubscribed, therefore the placed orders will be proportionally reduced, according to the terms of the issue.

“This is yet another successful placement of the public bonds by Echo Investment. Such a quick closure of the subscription is a proof of investors’ trust in our company and its strategy. Echo Investment’s bonds are a stable and attractive proposal for investors and are among the most liquid assets listed at the Catalyst market. The raised money will be used to finance our investment plan that now comprises of 70 development projects under construction and design, with about one million sqm of GLA,” says Maciej Drozd, CFO at Echo Investment.

The offered bonds are unsecured, have a five-year term, a yield based on six-month WIBOR plus a margin of 2.9 percent. The interest on the bonds is to be paid semi-annually. They will be listed on the Catalyst market in October.
In 2014, during the first public bond issue program, Echo Investment raised from retail investors PLN 200 million in four tranches. Each time the subscriptions lasted few days. In June 2017, the company placed PLN 100 million-worth bonds. The offer met high interest among investors who needed only a few hours to subscribe for the whole offer. The brokerage house of PKO Bank Polski was the bond issue agent at the time and now.

Out of the current Echo Public Bonds Issue Programme of total value amounted to PLN 300 mln, there are bonds worth PLN 75 million which was not issued yet.