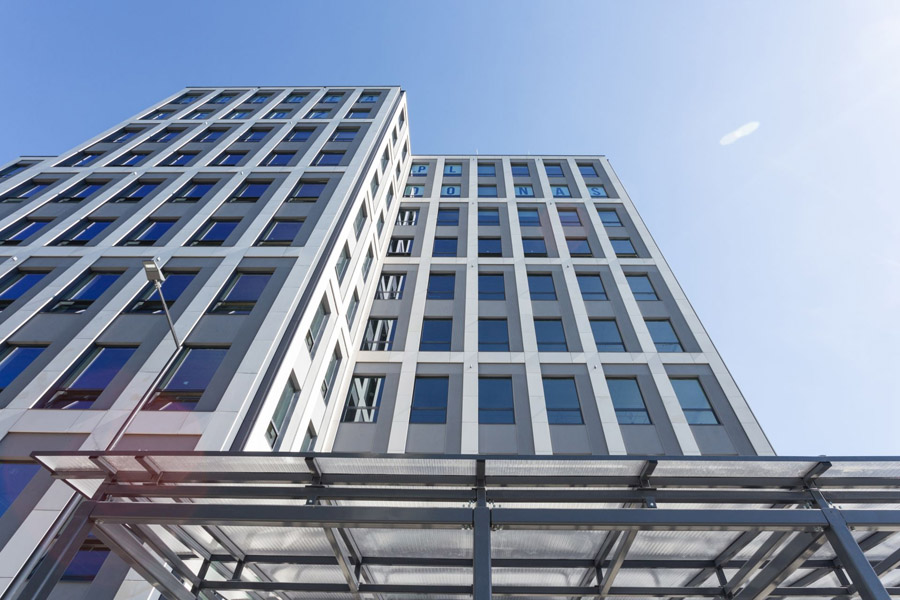 Echo Investment speeds up. Since the beginning of the year the company has delivered a modern office area of 130,000 sqm to the market. In this period it also signed leases concerning 60,000 sqm, which is three times as much as in the corresponding period last year. The group of tenants of Echo Investment’s facilities has been joined by: Allegro, Nordea, Nokia Networks, Savills, White and Case, Rockwell and mBank.

“More than 130 companies have their offices in the office buildings completed by Echo Investment and we have had lasting relations with them. A vast majority of them are enterprises from the shared service sector, which have been growing dynamically, increasing their employment and consequently needing an additional area. We provide them with suitable conditions for further development,” said Rafał Mazurczak, member of the board at Echo Investment, who is responsible for the company’s office sector.

This year, apart from the Q22 skyscraper in Warsaw the company completed the construction of five office buildings in Gdańsk, Katowice, Kraków, Wrocław and Łódź, which have a total leasable area in excess of 80,000 sqm. The next few years will be equally as intensive. The developer already has four office buildings under construction which have a combined area of 70,000 sqm and the following few projects with an area of 200,000 sqm are at an advanced preparation stage.

“We are proud of the completion of Q22. Residents of Warsaw have taken a liking to the building and its elegant architecture has already been awarded in a few significant industry competitions. Tenants also like Q22 very much and this is of particular importance for us. We have already leased 80 pct of the area and we are planning to increase this index to 90 pct by the end of this year. It is an excellent result taking into consideration the high vacancy rate on Warsaw market. The level and speed of commercialization have certainly influenced the next step in the investment process. Over the last few days of October we signed a preliminary sales contract with Invesco Real Estate concerning Q22. Its parameters are the best proof of the investment attractiveness of our project,” added Rafał Mazurczak.

Other Echo’s office developments also enjoy a lot of interest from investors. It is confirmed by a famous transaction in H1 2016 as it was the largest one in Central and Eastern Europe. As a result of the transaction the Redefine Properties South African Fund became the majority shareholder of the Echo Polska Properties platform, which acquired eight office buildings with a combined leasable area of nearly 125,000 sqm from Echo Investment and is now in the process of acquiring seven more facilities offering 112,000 sqm. Echo’s increasing activity on the office market is part of the company’s strategy which envisages that the company will become the leading developer in each sector of the real estate market: office, retail and residential.