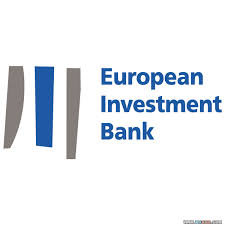 The European Investment Bank (EIB) is lending €20 million loan to Privredna Banka Zagreb d.d. (PBZ) to co-finance projects of SMEs and midcap companies. This loan is being granted in the framework of the EU Programme Loan for SMEs and midcaps.

Mr Dario Scannapieco, EIB Vice-President responsible for lending operations in Croatia, stated: “EIB funds, intermediated through PBZ, a well-established EIB partner financing institution, will help to increase the competiveness of Croatia. The loan is designed to support mainly SMEs, which are the backbone of the Croatian economy in terms of both employment and economic growth.”

Mr Ivan Gerovac, Member of the Management Board of Privredna Banka Zagreb, added: “PBZ has been active for many years in establishing and supporting numerous programmes aimed at the further development of SMEs, thereby showing that it plays a significant role in encouraging the growth and development of the country’s small and medium-sized segment. This is also underlined by this credit line in the amount of €20 million concluded with the EIB.”

This loan is in line with the EIB’s priority of improving the access of Europe’s SMEs to affordable financing for their activities. To this end, the EIB is joining forces with financing institutions, like PBZ, that know the local market and have SMEs and midcap companies as their customers.

This project is building on the successful cooperation between the EIB and PBZ. As well as the current operation, the EIB provided three loans totalling €76 million to PBZ in 2001, 2008 and 2011. All of this previous lending has been successfully allocated to support undertakings of Croatian SMEs and municipalities.