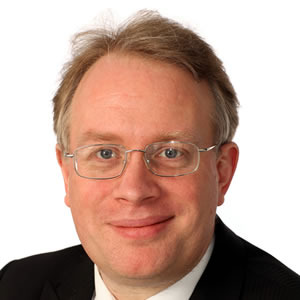 Encouraging news on the UK economy, but it is far too early to assume Brexit will be plain sailing – EuropaProperty

Latest Brexit blog from Andrew Burrell, JLL’s head of Economics & Forecasting, EMEA. For those who feared Armageddon after the Brexit vote, the recent economic news from the UK has been a pleasant surprise. Over the summer, high street activity was unexpectedly vigorous. Admittedly, this was helped by special factors – UK Olympic success, good weather, buoyant tourism and weak sterling – but it provides solid evidence that consumers are emerging unbowed from the Brexit trauma.

This is perhaps no surprise, the majority of them voted for it after all. Other news has been more unexpected, notably a robust rebound in corporate sentiment. Most business opposed EU exit and confidence measures crashed during July. Given the long-time horizons and risk-aversion of firms and the lack of progress on a political settlement, no revival was expected over the holiday period. The reality has been to the contrary, with a number of high profile surveys reporting sharply rising business optimism in August.

It is early days and unwise to make a snap judgement on the basis of often-volatile monthly data, especially in August. These figures do provide reassurance that 2016 is not a rerun of the 2008 crash, and that UK recession looks a remote prospect (though this was always our view, see previous blog). But we should also be cautious in dismissing concerns about Brexit’s economic impact as “scaremongering” as some Leavers have hinted.

For consumers, the latest developments have been helped by the important late summer tail-winds noted above, as well as more fundamental drivers such as low interest rates, strong employment trends and rising real incomes. Not all of these can be relied on to last. Recruitment is likely to be slower ahead. Also, tumbling sterling, while good news for tourists and overseas investors, means higher import prices and inflation rates, weakening domestic consumers’ purchasing power next year.

For corporates, it is important to remember that the UK has not left the EU yet. Even if sentiment holds, future investment and hiring decisions will be under intense scrutiny as firms plan for a very different trading environment outside the EU. With Article 50 in limbo until next year, not much will be known about this in the next few months. Moreover, resolution of the biggest issues – single market access, labour mobility, passporting – could be several years away. This uncertainty is unhelpful for long-term planning.

Unlike politicians, businesses cannot sit on their hands and will have to anticipate the changes that Brexit could bring. This is why however encouraging the short-term signs on demand, it is vital that political decision makers clarify their desired options as soon as possible. If not, businesses may respond by scaling back and the post-Brexit bounce will be very short-lived.

We remain relatively upbeat about the economic consequences of the UK vote. But we also believe that there are many decisions still to be made that will be critical to the performance of the economy and its real estate markets, shaping location and investment opportunities into the next decade. For this reason, it is going to take much longer than two months to form a judgement.