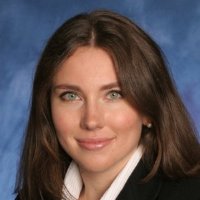 European hotel investment transaction volumes totalled €6,885 billion in the first half (H1) of the year, a decline in deal volumes of 41 percent year-on-year (Y-o-Y) and in line with the slow-down across all mainstream European commercial property transactions in Q2 of 2016, according to the latest data from CBRE.

In contrast, German hotel investment saw an increase of 34 percent Y-o-Y with transaction volumes reaching €2.02 billion in H1 2016. The German hotel investment market has proven to be the most attractive in Europe offering consistently high levels of liquidity and strong market fundamentals, at a time of wider European political and economic uncertainty. The large number of hotel assets encumbered by operational leases has continued to add to Germany’s appeal, particularly with the growing number of European institutional investors seeking low-risk investment opportunities.

The sale of the Hyatt Dusseldorf was the biggest single asset sale in Germany so far this year, with the hotel being operated under a management agreement, a relative rarity in the predominantly lease-focused German hotel landscape. This deal highlights the strong demand for assets offering upside exposure through management agreements and franchise opportunities in markets with solid fundamentals and good potential for performance growth.

Joe Stather, Information and Intelligence Manager EMEA, CBRE Hotels, said: “Germany remains a hot market for hotel investment and has taken the long-standing mantle from the UK which has dominated investment volumes in the last decade. The strong growth has been driven by over ten notable deals in Q2 including a significant portfolio transaction. Interest is coming from a diverse array of investors, including REITs, institutions, private equity and dedicated real estate investors.”

Y-o-Y, the UK hotel real estate investment volumes saw a decline of 76 percent but in spite of this fall, fixed-income investment remained buoyant as investors continue to be attracted by the security of income. The UK leased hotel environment includes a number of hotel operators with highly regarded covenants and offering 25-year index-linked leases. Recent deals to reflect this trend include the sale of the Travelodge hotel in Liverpool Street, London for £42 million which was one of the few transactions post the UK’s EU referendum and demonstrates the high and resilient demand for leased hotel assets. The hotel development pipeline expects that over £2 billion of fixed-income stock is due to enter the regional UK market in the next three years.

France recorded 25 percent Y-o-Y growth in the second quarter of 2016 with deal volume totalling €508 million in the first six months of 2016. Transaction volumes were largely boosted by a number of deals on assets outside Paris. Recent investment activity has been focused on resort locations and the more leisure driven South of France region. The UEFA Euro 2016 football championship which was held in France in June also gave an uptick to hotel cash flows in many cities, and particularly in Paris.

Other notably deals which have taken place in H1 2016 include the sale of the Pullman Barcelona Skipper hotel, CBRE advised AXA Investment Managers – Real Assets, on behalf of its clients, to a Luxembourg based investment fund.

Irina Ushakova, Senior Director, Head of Capital Markets Department, CBRE in Russia, commented: “Investor interest in the hotel sector in Russia remains rather high predominantly generated by local, Asian and Middle Eastern buyers. Despite substantial difference between buyers and sellers pricing expectations, in H1 2016 we have recorded hotel investment volume of $565 million or €496 million (driven by one large deal, sale by Sberbank to the local purchaser of Gorki Gorod ski-resort in Sochi, Krasnaya Polyana for $467 million or €410 million) and anticipate further closings before end of the year.”