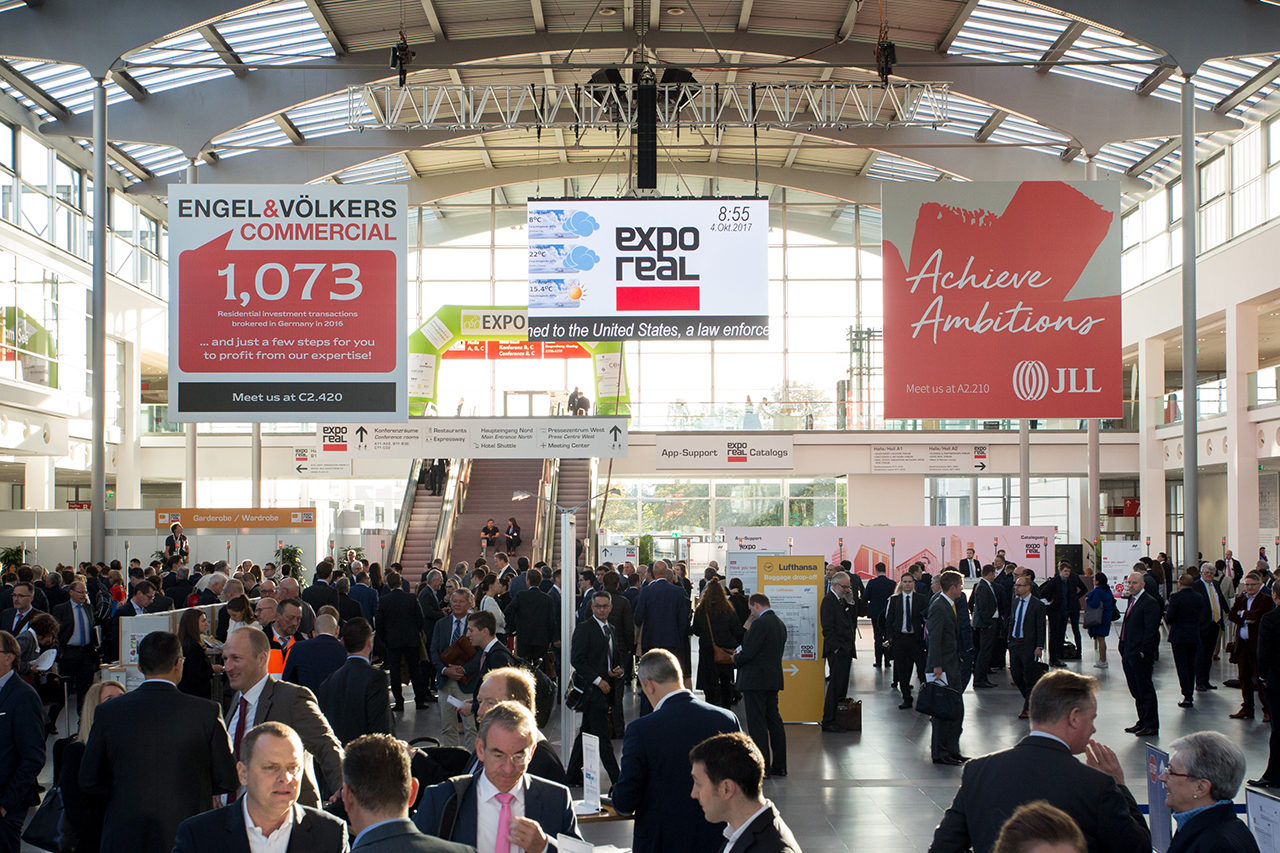 EXPO REAL 2017, which took place from October 4 to 6, 2017 in Munich, has broken all previous records. 2,003 companies, cities and regions from 35 countries exhibited at the show—13 percent more than in 2016. The mood in the sector is positive and market players are watchful.

“The record figures for EXPO REAL 2017 have reaffirmed the show«s position as the leading sector gathering in Europe: 2,003 exhibitors mean a rise of 13 per-cent as compared to last year. And more than 41,500 participants is an increase of about 6,1 percent,” reported Klaus Dittrich, Chairman & CEO of Messe Munchen. “These record figures reflect the buoyancy in the real estate market. At the same time the participants in the show are evidently conscious of the diverse factors that can impact on this boom.”

Low interest rates in particular are fuelling this strong growth – and a change in direction is currently not in sight. That was also confirmed by Professor Clemens Fuest from the ifo Center for Economic Studies, who said “the current economic recovery in the eurozone will lead to a slow rise in interest rates, but the high lev-els of debt and the glut of savers stand against a sweeping and rapid change in interest rates.” Nobel Prize winner Professor Joseph Stiglitz explained: “The basic consensus that guided economic growth in the West is breaking down. This is one of the factors contributing to the uncertainty facing the world today. On-going changes in geopolitics and monetary policy will have profound effects on growth and stability.”

The new REIN Forum: Turbo for digitalization “We have achieved our aim with the new Real Estate Innovation Network (REIN),” said Claudia Boymanns, Exhibition Director of EXPO REAL. “Start-ups and established companies engaged in close exchange here—and the quality of the digital products and services was truly impressive.” Wolfgang Moderegger, founder and initiator of the Real Estate Innovation Network, added: “The startups offered an overview of new technology trends—for all parts of the value chain in the real estate sector.” EXPO REAL was also an opportunity for the startups to expand their contacts among potential customers. Ahead of the fair, REIN identi-fied 700 international startups, and selected 25 of the best to bring to the show and give them a chance to network with established real estate companies.