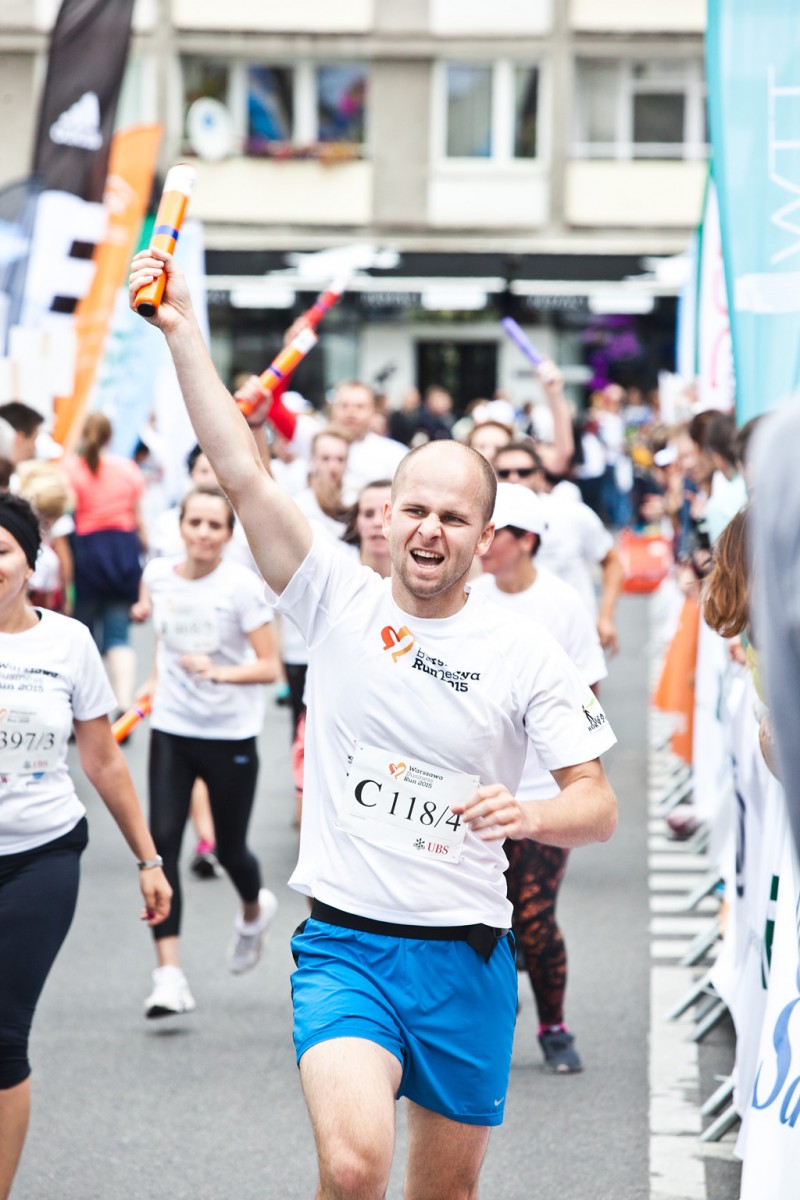 It is already the fifth time when teams from various cities of Poland gather at the starting line to help beneficiaries of the Jasiek Mela Foundation “Beyond Horizons” and other people in need. Residents of Krakow, Warsaw, Poznan, Katowice, Lodz and Wroclaw are going to run the charity relay on September 4th.

The next edition of the charity run shows that Poles are not indifferent to those with disabilities. Organizers expect the fifth, jubilee edition, to beat the record of the number of participants. “We are planning to prepare 20k starting packages for runners and to welcome double the number of supporters. We want this year’s Poland Business Run to help more people get on their feet, both literally and metaphorically,” says Marta Hernik, manager of the Poland-wide project.

Porsche amongst prosthesis
Only in 2015, thanks to over 13 k runners from over a thousand of companies in six Polish cities, was it possible to collect over a million zloty for the beneficiaries of the Jasiek Mela Foundation “Beyond Horizons”. Poland Business Run helped 67 amputees to get back to their normal lives. Thanks to the charity relay beneficiaries of the Jasiek Mela Foundation received new, tailored to their needs replacement limbs as well as help in financing rehabilitation and psychological support. Now, they can function independently and make their dreams come true. It’s a Porsche amongst prosthesis – says Marek Urbanek, beneficiary of the Katowice Business Run 2015. Marek is extremely glad and cannot wait his return to work: I’m proud that I can walk without any problems despite the fact that I don’t have one leg, says the beneficiary of the Jasiek Mela Foundation “Beyond Horizons”. From the very beginning of the project joint effort of the runners from various companies and the “Help More” campaign have brought in total over PLN 2 million for those in need.

This year’s edition will be special, as Agnieszka Pleti, the Foundation Director, outlines; As we were planning the first edition in 2011 in Krakow we never expected the initiative to spread so fast to other cities. Fifth birthday of Poland Business Run show that companies and city authorities want to get involved in the life of local community and put increasing emphasis to their CSR activities. Each day we hear words of support from companies and our runners; we are proud of the fact that our initiative joins more and more people who will put their joint effort to help more people in need and will share positive energy with us at the first September weekend.

This time the initiative will be supported not only by companies but also recognized actors and businessmen. This year’s ambassadors of the run are Julia Kaminska, Jolanta Fraszynska, Joanna Jablczynska, Barbara Kurdej-Szatan, Rafal Sonik, Mateusz Janicki, Antoni Krolikowski and Mikolaj Roznerski.

Business and local community integrated
The Run was initiated in Krakow in 2011 by UBS and Radisson Blu Hotel Krakow, however already its first edition was organized with support of Luxoft and Municipality of Krakow and Sports Infrastructure Management Board. From then on, the event has become a part and parcel of the sport events calendar in the partner cities. With every year, more and more runners eagerly await the registration opening. The purpose of the initiative is not only to help people with disabilities but also to promote healthy life style and integration of local community with business.