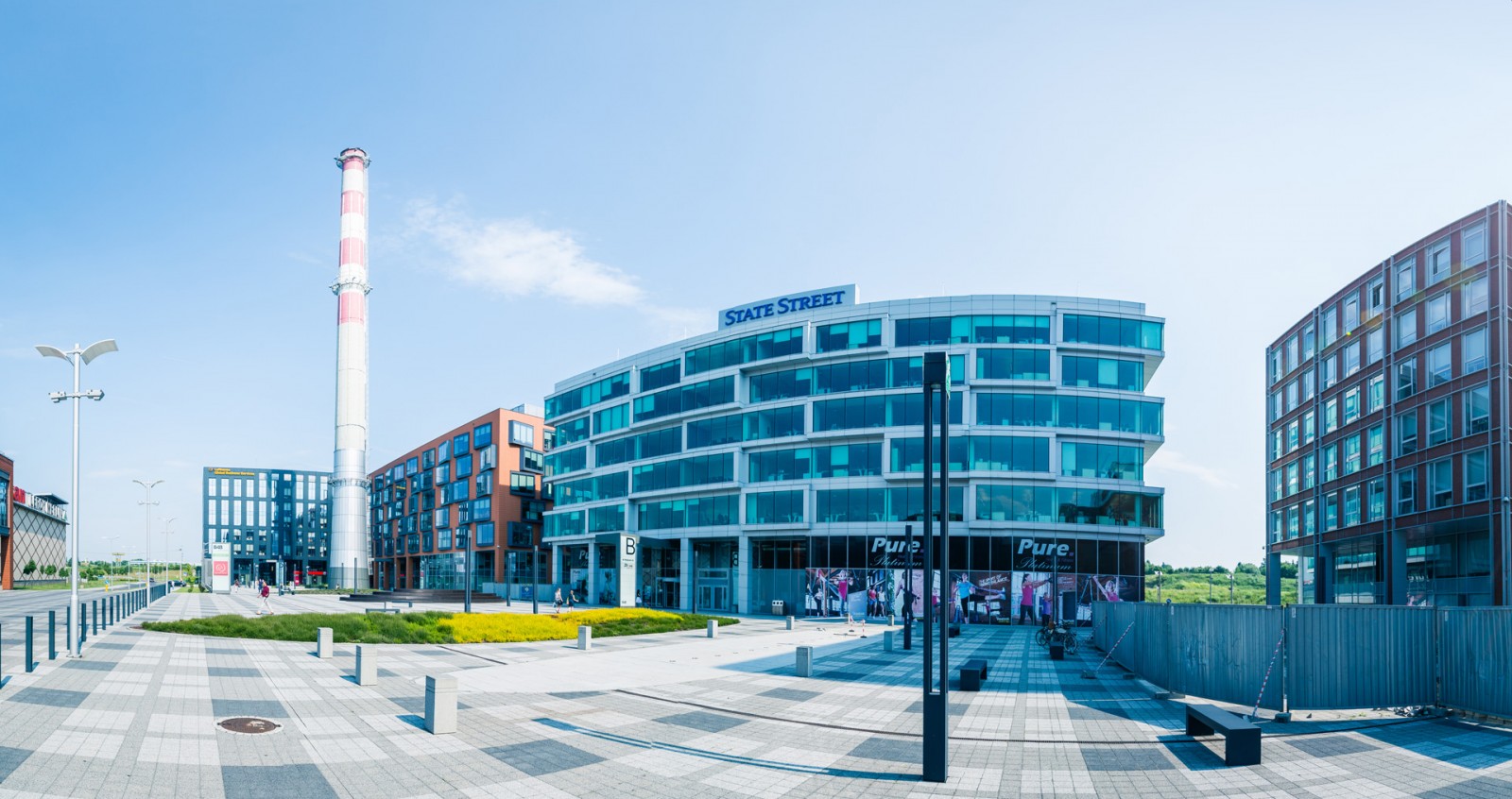 Building G, the 7th element of Bonarka for Business (B4B), one of the most popular office complexes in Krakow, has been just handed over. The 100 percent built to suit, eight-storey class “A” office building has 10 000 sqm GLA and will host Euroclear, the Belgium-based financial services company. The ongoing positive economic forecasts for the CE region is reflected also in the busy leasing activity of B4B resulting in ca. 8,000 sqm GLA renewals and new leases in the last months. Due to the strong stable demand, TriGranit plans the delivery of further 3 office buildings in B4B in the near future.

Bonarka for Business’s 7th element, Building G has been handed over lately. The eight-storey Class “A” office building providing around 10,000 sqm GLA is a 100 percent built-to-suit development. It’s future tenant, Euroclear, the Belgium based financial services company has been tenant in Building C since 2012, and they decided to move to Building G. TriGranit office buildings, thus also Building G was designed with consideration for the environment, which is attested by the BREEAM certificate on a very good level.

“Since 2010, Krakow transformed from a secondary market into a globally recognized office hub due to the increasing employment in the BPO/SSC sector. Currently, nearly 40 percent of the new regional office stock in Poland is located in Krakow, confirming the potential of the city for the BPO sector. In order to follow this remarkable demand for office space in Krakow, we plan the development of Building H with further 10,000 sqm GLA in the near future,” said Árpád Török, Chief Executive Officer of TriGranit.

The busy leasing activity of B4B office complex also confirms these positive trends – altogether ca. 8,000 sqm GLA renewal and new lease agreements have been signed in the last months. Pegasystems Inc., a US headquartered software company is going to relocate its office from Building A to Building C, enlarging their office space with almost 4,000 sqm GLA. With this expansion, the firm will lease altogether around 5,300 sqm GLA office space. Current tenant of Building C, CryptoTech a Polish IT company specialized in information security, has decided to renew their lease agreement. As a new tenant, the Polish based Language Service Provider Lidolang is going to move into Building F and will lease about 550 sqm office space on the 1st floor.

In December 2016, SolarWinds, a leading provider of powerful and affordable IT management software, decided to expand their current office space. The firm will occupy the entire third floor in Building E by April 2017.

And last but not least, Express, the largest car rental company in Poland is occupying extra 431 sqm GLA in Building F.