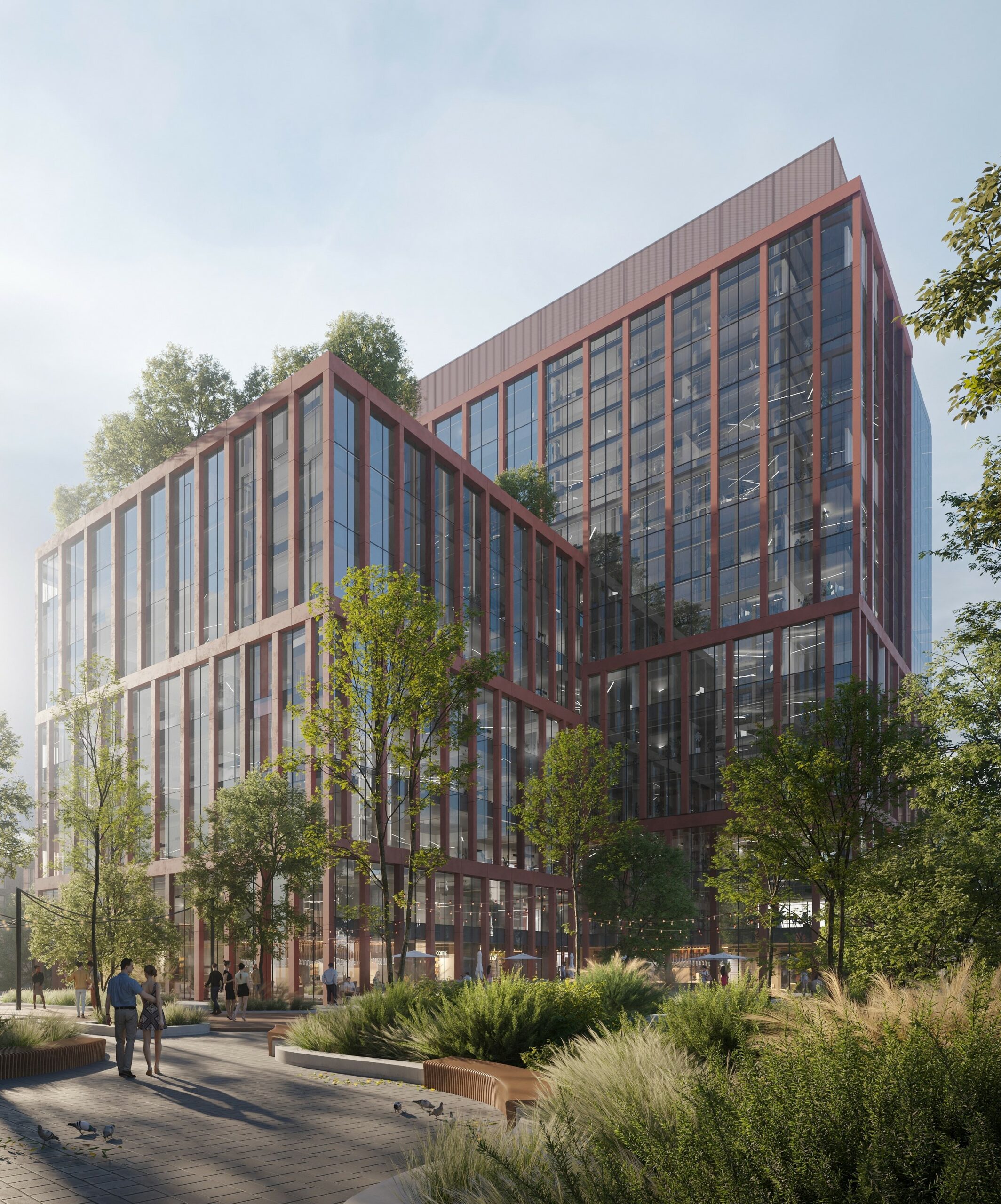 Ghelamco has officially presented its latest project in the business centre of Warsaw. The office complex named VIBE will be the first in Poland to receive its own musical identity, which will not only form a part of the development’s communication strategy but will also reverberate throughout its space. The developer entrusted the composition to renowned Polish composer Wojciech Urbański.

Construction works have already begun in the very heart of Warsaw’s business centre in Wola. The complex will comprise two separate buildings. The first is to be an eleven-storey building at the corner of the junction of ul. Towarowa and ul. Kolejowa will be the first to be handed over for use in Q1 2024 and include a leasable area of 15,000 sqm. In the project’s second stage, a 95 m tower, with a planned delivery at the end of 2025, is to be built neighbouring The Warsaw HUB complex, which was also developed by Ghelamco.

“As a leader in the market and an innovator, we always try to surprise people with new ideas and a fresh take on real estate and in this way we set the trend and inspire the entire sector. It’s no different this time. VIBE is an exceptional project because it will be the first building in Poland to receive its own musical identity. It will also form another chord in the harmony of the capital’s business centre, which we at Ghelamco have created over the last few years nearby the Daszyńskiego roundabout and which we continue to develop,” said Jarosław Zagórski, Commercial & Business Development Director at Ghelamco Poland.

The project’s name – VIBE – refers to the energetic, big-city atmosphere that will prevail over Ghelamco’s latest development. For the first time in Poland, the building will receive its specially-composed audio sphere giving it a unique and personal character that may be heard even from within. “We have created something exceptional. We have mixed the separate worlds of real estate, music, architecture and marketing, which together have been combined to exceptional effect.  We are developing a building, which is to have its very own audio sphere and its own related visual identity as well as an architectural design inspired by these features. Music is to be the leading motif for this project, which is to be communicated through sound,” points out Jarosław Zagórski, Commercial & Business Development Director at Ghelamco Poland. “The space, in which we work influences how we feel and operate. By carefully composing the sound for the VIBE office complex, we are emphasising VIBE’s DNA to attract tenants for whom unconventionality, creativity and innovation are what matter. Our latest project will offer a unique atmosphere that you will find in no other office building in Warsaw,” he said.

The best specialists in the creative and music sectors were invited to take part in the project and helped the development team in the design process.

“The VIBE identity is not just a sonic logo for Ghelamco’s latest project. Our ambition was to design an exceptional audio sphere for the building and a complete range of audio-visual experiences to greet those that come to visit. For this, we used a range of media including 3D graphics, motion design, parametricism and sound design, to create an immersive and flexible platform that will in real-time adapt to the speed and rhythm of life within the building,” explains Krystian Berlak, the art director at Super Super Studio. “For us designing this branding and especially working with Wojciech Urbański, the composer of the VIBE sound design, turned out to be a new and inspiring experience. As a design studio, we are very proud that together with Ghelamco we have been able to draw up such innovative and bold designs,” he added.

For the VIBE project, renowned Polish composer, producer and sound designer Wojciech Urbański was invited to compose the audio sphere, which is to be the symbol for Ghelamco’s latest development. He has won numerous prestigious awards including the Fryderyk in 2022. Among other work, he has composed film scores and regularly works with the largest streaming platforms including Netflix and HBO. He has created music for numerous Polish artists including Julia Wieniawa, Tymek and Kwiat Jabłoni.

“Creating the musical identity for a building has been one of the most interesting musical challenges I have met so far. Architecture has always been a kind of inspiration for me, but I have never been so close to it. Composing music has certain things in common with architecture. It is a search for symmetry, for forms and structures that suit each other. Moreover, modern architecture thinks very carefully about the individual and about how well he feels from within so music makes a superb complement to such space,” commented Wojciech Urbański, music composer and sound designer.

VIBE additionally stands out due to how it was designed. “First the two building blocks were designed as a continuation of the street frontage of ul. Towarowa, which Ghelamco first started with The Warsaw HUB complex. However, the architectural design of the interiors and the facade came about through the partnership of the developer with a creative agency, who inspired us with their idea for an audio-visual identity for this development. Thanks to this, we gained a design that was both metropolitan and modern that at the same time had a local character, which reflects Wola’s industrial past and its architecture,” explains Michał Lah, an architect and board member at PIG Architekci studio, which was responsible for the design of VIBE.

To complete the complex, there will be a large, spacious city square open to all between the buildings with a free-standing pavilion. “The work is part of a separate design, which we are still working on. I can assure you that it will be a green enclave and it will be a quiet place where the people of Warsaw and the workers from the surrounding buildings may relax,” promises Jarosław Zagórski.

VIBE was designed following Ghelamco’s ESG strategy. The complex is to have Well, BREEAM, SmartScore, WiredScore and Green Standard Building certificates. For the first two schemes, the developer is targetting the highest possible ratings of ‘Platinum’ and ‘Outstanding’.

For the health and comfort of building users at work, the interior of VIBE is to be fitted with anti-pandemic solutions developed by Ghelamco together with scientists from the Technical University of Warsaw. The elevator spaces and ventilation system are to be disinfected with UV light. Future building users will also be able to automatically summon elevators and open gates as well as reserve offices and parking spaces without touch. They will also have access to a virtual reception through a mobile app.  The building will be monitored in real-time to ensure an optimal working environment with the use of a modern BEMS system. All the building’s functions are to be integrated into one analytic system through the Signal OS, also developed by Ghelamco, which is to monitor, gather and assess data from all over the building in real-time to improve how it operates.

The VIBE complex will also be equipped with extensive facilities for bicycle owners.  Cyclists and those on scooters will have a separate entrance from the car park, lockers and showers as well as electric charging stations for e-bikes and electric scooters. There are also to be repair stations.

VIBE is to eventually be 100 percent powered with clean energy, due to which the CO2 emissions over the entire building life cycle are to be reduced by over 50 percent. This will be possible due to the programme announced by Ghelamco in May this year to build solar farms that will enable the developer to achieve energy neutrality by 2025.