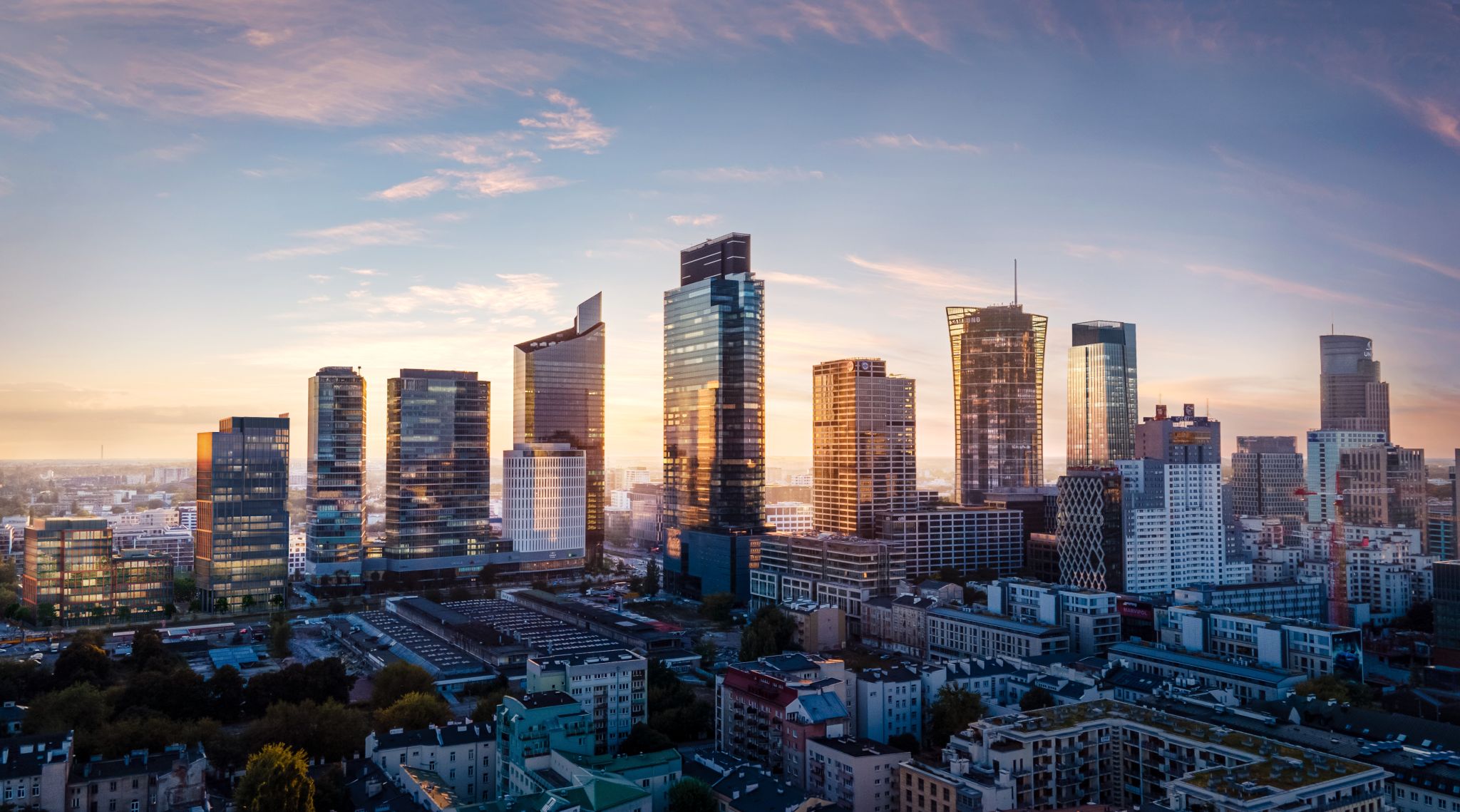 For Ghelamco 2022 was full of landmark events and projects, such as the record-breaking sales of The Warsaw HUB complex and the announcement – as the first developer in Poland – of a program to build photovoltaic farms as a part of its ESG strategy. Ghelamco has not slowed down and is also making more investments. It is currently building nearly 115,000 sqm of top-class office space in three markets – Warsaw, Krakow and Katowice.

The Warsaw HUB in the hands of a tech giant

In March 2022, Ghelamco announced the sale of The Warsaw HUB. The buyer was Google, which became the owner of two office towers, the convenience centre and the underground part of the complex. The transaction value was €583 million. This was the largest single-office transaction in the history of the CEE region, demonstrating the strength of the Polish investment market. At the same time, it should be noted that Warsaw was among a very narrow, prestigious group of only three global metropolises – alongside London and New York – where Google has invested in real estate. Earlier, the US giant had become one of the major tenants of The Warsaw HUB, occupying more than 20,000 sqm of office space there.

Ghelamco will power its buildings with clean energy

In May, Ghelamco began the construction of photovoltaic farms with a total capacity of 10 MW. This is the first project of its kind in Poland, in line with the developer’s ESG strategy and a significant step toward the company becoming completely energy neutral by 2025. The first photovoltaic farms are being built in six locations in the Opole region and will cover the annual energy demand of the Warsaw UNIT skyscraper. Ghelamco had previously analyzed the building’s carbon footprint. With the use of renewable energy sources, CO2 emissions of Warsaw UNIT throughout its lifecycle will be reduced by more than 50 percent, and in terms of consumption of utilities by more than 70 percent. Ghelamco also aims to power entire office buildings, ongoing projects, as well as its own office space, with the energy produced from its own renewable sources. These activities take on particular importance in the context of the current energy crisis in Poland and Europe. Becoming independent of conventional energy and turning to clean energy from renewable sources has not only an environmental dimension but also a strategic one. The developer plans to invest in more photovoltaic installations, as well as explore other alternative sources of renewable energy.

The Bridge is the largest office building under construction

Currently, the largest office building under construction in Warsaw is The Bridge at Plac Europejski. The 174-meter-high skyscraper, whose construction has just come out of the ground, will feature state-of-the-art technological and environmentally friendly solutions. The Bridge will offer future tenants 47,000 sqm of top-class office space. The building will be connected to the former headquarters of the Bellona publishing house, thus creating a symbolic bridge linking historical architecture with a contemporary one. Ghelamco’s latest project will be certified under the WELL, WELL Health Safety Rating, BREEAM, DGNB, Green Building Standard and Barrier Free Facility systems.

SmartScore and WiredScore for the first time in CEE

The Bridge is also the first office project in Central and Eastern Europe to receive the prestigious SmartScore and WiredScore certificates, awarded to the world’s most technologically advanced and smart buildings. The project received the highest possible score and a Platinum rating. This is a landmark achievement for Ghelamco, the entire real estate market in Poland, and more broadly, the entire CEE region. The SmartScore certification system is a standard for evaluating office buildings to verify how smart modern buildings are and how they compare with other facilities. It was developed by US-based WiredScore in cooperation with global real estate leaders – owners and users of the world’s most technologically advanced office buildings. At the same time, The Bridge was the first in the region to be certified by WiredScore, confirming the building’s digital connectivity and readiness for future technologies. WiredScore was founded in 2013 in New York City out of the need of office tenants who wanted confirmation of the highest standard of teletechnical solutions before choosing a building for their headquarters.

VIBE is the first building with musical DNA

In October, Ghelamco also began construction of the VIBE office complex in Warsaw’s Wola district, which will be the first in Poland to receive its own sound identity. It will not only become part of the communication of this project but will also resound in its space. The developer entrusted the composition of the audiosphere to Wojciech Urbański, a renowned Polish composer. The first phase includes the construction of an 11-storey building at the intersection of Towarowa and Kolejowa streets, which will offer 15,000 sqm of leasable space. In the second phase of the project, a 95-meter tower and a public square will be built.

Warsaw UNIT is among the best buildings in Europe

Ghelamco’s 200-meter-plus skyscraper at Rondo Daszyńskiego is now one of the most environmentally friendly and technologically advanced office buildings in Europe. In 2022, Warsaw UNIT was literally showered with awards in prestigious Polish and international contests. In the European Property Awards 2022-2023, it received as many as two statuettes: as the best office building in Poland, for the best architecture among high-rise buildings, as well as nominations for the next stage at the European and global level.

In the fourth quarter of the year, Ghelamco announced the sale of two retail parks – Prochownia Łomianki and Plac Vogla, located in Warsaw’s Wilanów district. Prochownia Łomianki is a 5,500 sqm facility with 21 commercial spaces. Plac Vogla, on the other hand, has 5,000 sqm of retail and service space with 24 units housing stores, commercial spaces, restaurants, cafes, a kindergarten and a municipal cultural centre. Investment group LCP Properties has become the new buyer of both facilities.

2022 marked by return to offices

The pandemic has certainly changed attitudes toward work, but that doesn’t mean tenants are giving up on offices – quite the contrary. The year 2022 was marked by returns, with a significant number of companies operating under a hybrid model. Ghelamco has seen the greatest tenant interest in Warsaw, where it is building in prime, central locations. This year alone, global brands such as Moderna, MetLife and Shopee have opened their new offices at Warsaw UNIT.

“2022 brought many challenges to the entire real estate industry. Although it was not one of the easiest, for Ghelamco it was full of successes in many different fields – commercial, investment, or ESG. This makes us feel even stronger and better prepared for the upcoming year 2023, which I hope will prove to be at least as successful for us and our partners, which I wish for all of us,” says Jarosław Zagórski, Commercial and Business Development Director, Ghelamco Poland.