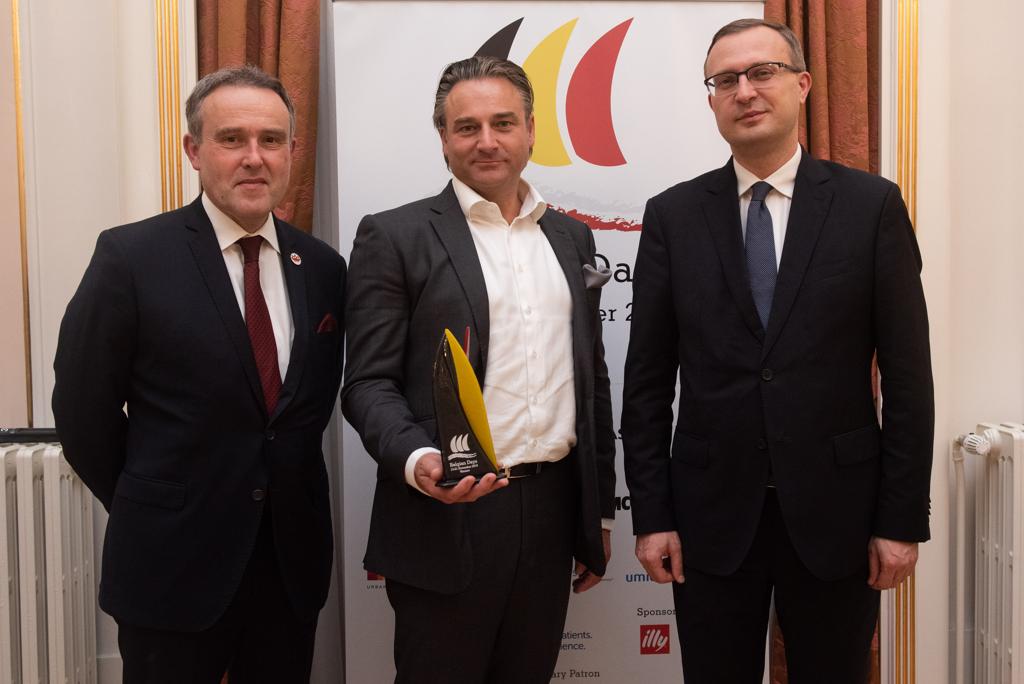 The Belgian developer operating on the Polish real estate market received the Gold Winner award of the Belgian Business Chamber for its achievements in 2019. This is another competition in which the jury appreciated the successes achieved by Ghelamco in the last several months.

The Belgian Business Chamber Award is given annually to companies belonging to the BBC, i.e. originated in Belgium. The award is given to firms that develop their operations on the Polish market, providing innovative solutions and at the same time supporting the development of business relations between the two countries.

Ghelamco is the winner of the competition once again. As the most recognizable Belgian company in Poland, it plays an important role in the development of Polish cities and the real estate market.

“Our company comes from Belgium, but for almost 30 years it has been actively changing the Polish commercial real estate market and setting the tone for what is happening in this sector on the Vistula River. The past year was particularly successful for us, as we sold our three prestigious office buildings with a large profit and extended the portfolio of tenants of the projects under construction with further significant players. The Belgian Business Chamber Award is for us an expression of appreciation and at the same time an incentive to further develop business relations between Poland and Belgium,” says Jeroen van der Toolen, Managing Director CEE, Ghelamco.

The award was received by Jeroen van der Toolen during the CEO Forum, which took place on 21 November at the Embassy of the Kingdom of Belgium as the culmination of the Belgian Days. The event was attended by Luc Jacobs, the Ambassador of the Kingdom of Belgium to Poland, Bruno Lambrecht, the Chairman of the Board of the Belgian Business Chamber, and Paweł Borys, the President of the Polish Development Fund.