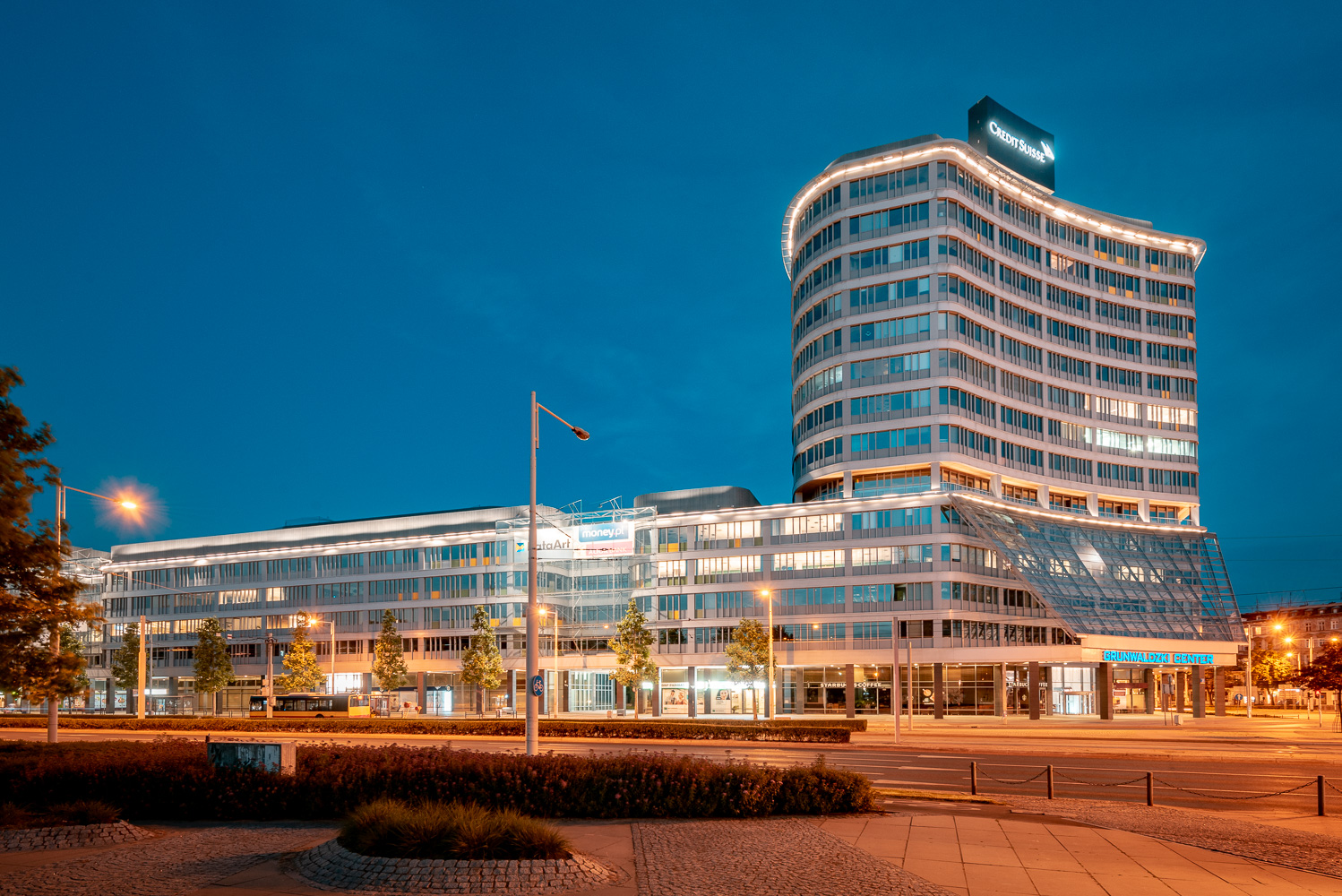 Grunwaldzki Center has been revamped

The Grunwaldzki Center in Wrocław has been refurbished to make it more sustainable and energy efficient. Its owner also held a series of meetings for tenants to address the well-being of building users. Real estate advisory firm Savills is the sole letting agent for office space in the Grunwaldzki Center.

The refurbishment works included a replacement of traditional lighting with LEDs in the car park, reception lobbies and the staircase of building A. The air-conditioning system was also upgraded to one of the most modern and energy-efficient cooling units available in the market. The new equipment complies with EU directives scheduled to take effect in 2030.

In addition, cyclists will have access to an increased number of bicycle parking spaces as well as shower cubicles and locker rooms. The car park also has a quick e-scooter charger. The reception lobby and the outdoor courtyard got a fresh makeover, with the latter now featuring green breakout zones for employees.

“The refurbishment works in the Grunwaldzki Center have further improved employee experience in the building. In addition, a series of events were hosted for people working in it that attracted strong interest. The complex still has ready-to-occupy office space and prospective tenants will be able to fully benefit from the amenities introduced as part of its upgrade,” says Bartosz Plewa, Savills Wrocław Office.

The Grunwaldzki Center is set to be revamped further. This year it will see the installation of photovoltaic panels on its rooftop, the completion of the refurbishment of lift lobbies, including new LEDs, as well as the provision of Wi-Fi in the reception areas and the courtyard, and the addition of electric vehicle charging stations.

The Grunwaldzki Center is a Class A office complex located in Grunwaldzki Square in Wrocław. It comprises three buildings with a combined area of around 27,400 sqm.