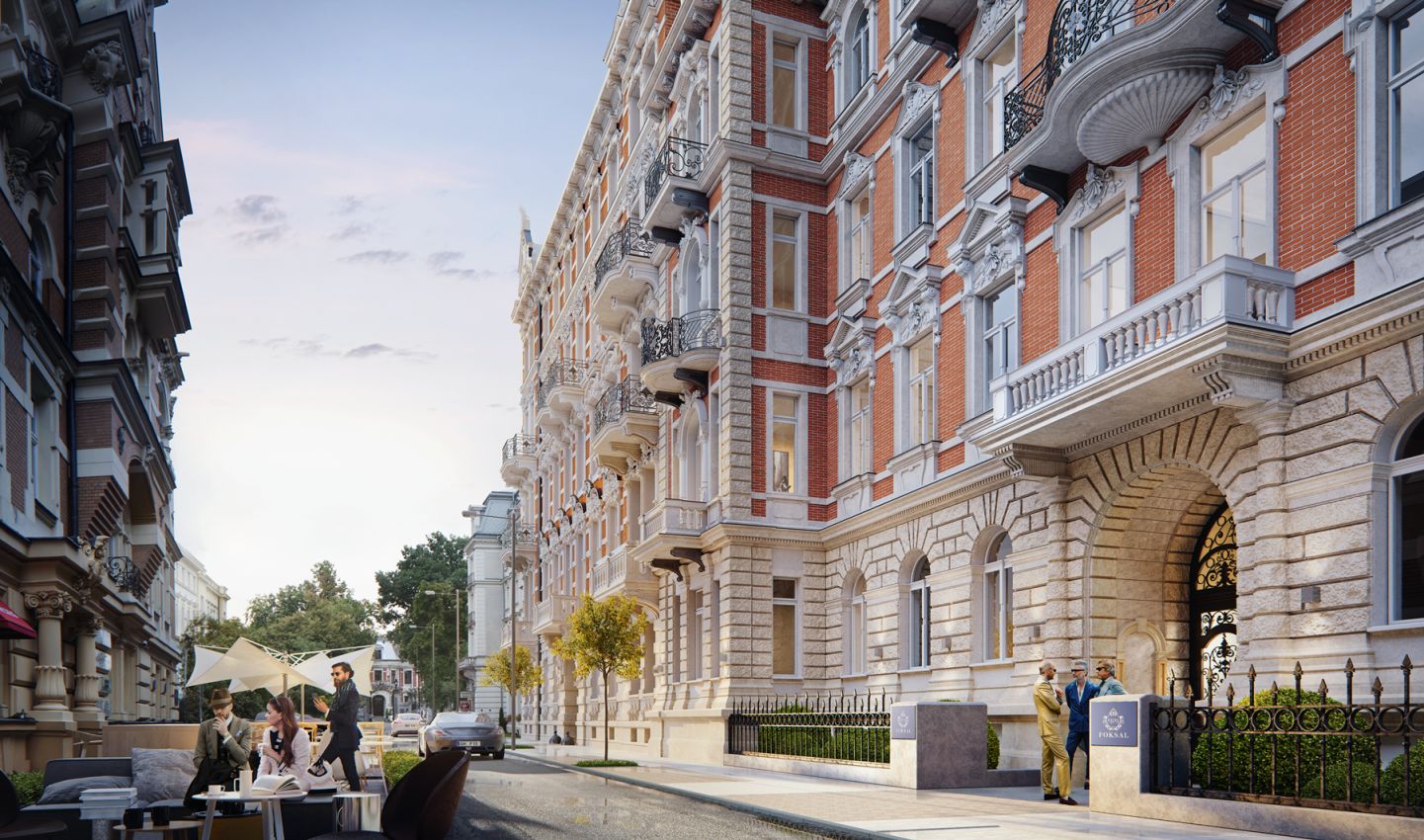 Half of the apartments at Foksal 13/15 already sold – EuropaProperty

Luxury apartments in the historical tenement houses at Foksal 13/15 in the center of Warsaw are enjoying enormous interest. Only eight months since the start of sales and half of the apartments have already found their buyers. Currently advanced revitalization works are pending. The first owners will move into the downtown residences in autumn of 2019.

The sales of Foksal 13/15 apartments started in April 2017. They have enjoyed enormous interest since the very beginning – as early as in July one third of them had already found their buyers. Currently, as at the end of the year, nearly 50 percent are already sold or reserved. Once revitalization works are completed, new owners will move into one of the most luxurious investments in Poland. In total, the project will provide 55 comfortable apartments with space from 47 to 200 sqm.

“We are very happy that Foksal 13/15 apartments are enjoying such big interest. This confirms our assumptions that in Poland there was shortage of investments which would combine top-class historical architecture, rich history, luxury amenities and location in the very heart of the city. Our project has set new standards on the Polish market of luxury property and has been highly appreciated by customers from the premium segment,” said Jeroen van der Toolen, Managing Director CEE, Ghelamco.

The tenements at Foksal 13 and 15 are regaining their former glory and will soon once again become one of the most beautiful residences in Warsaw. Currently works are pending to reinforce the structure and rebuild the partly demolished annex. The reconstruction of the original eclectic appearance of the Foksal 13 facade, which was lost in the 30s of the 20th century, will be completed in autumn of this year. It was then when, at the request of the then owner Jan Wedel, the front facade of the building was modernized and deprived of decorative details. Then the tenement was equipped with modern amenities, among others Warsaw’s first panoramic lift.

According to the developer’s plans, it will also be restored. The original 19th century details, which have survived in the buildings’ interiors, including lintels and portals which decorate splendid staircases, white marble floors, hand-forged balustrades and frescos with neo-baroque motifs, will be carefully renovated. The apartments will be no less impressive – their ceilings will feature a few dozen types of covings, rossetes and moldings, whereas wooden floors will display more than twenty patterns.

Top specialists have been invited to cooperate on the project and top-quality materials have been used. The interiors are being designed by Eric Kuster, the renowned Dutch architect from Metropolitan Luxury, who is famous for prestigious implementations for music, film and sports stars. The revitalization project was designed by architect Anna Rostowska, a prominent expert on historical architecture from Proart studio, in association with the renowned architectural studio SUD Architectes.

The Foksal 13/15 tenements will provide residents with luxury amenities, including a SPA zone with a sauna and jacuzzi, fitness room, and terraces with a cocktail zone on the roof, magnificently overlooking the center of Warsaw. A unique solution will surely be guest rooms, intended for exclusive use of the residents. The owners will be able to host their relatives and business partners in comfortable conditions. The buildings will be equipped with an underground parking lot with modern lifts and parking platforms for 64 cars.

The tenement houses at Foksal 13/15 were erected in the years 1895-1898 based on a design by Artur Otton Spitzbarth. In the past, Warsaw’s aristocracy and intellectuals had apartments there. The tenements were home to many prominent persons from the worlds of culture, science, politics and business, among others Bolesław Eiger, Stefan Napierski, Zygmunt Badowski, Kazimierz Kubala and Stanisław Grabski. At the turn of the 20th century, Foksal was one of the most prestigious addresses in Warsaw. Once the revitalization is completed, the buildings will regain their former character as fine downtown residences.