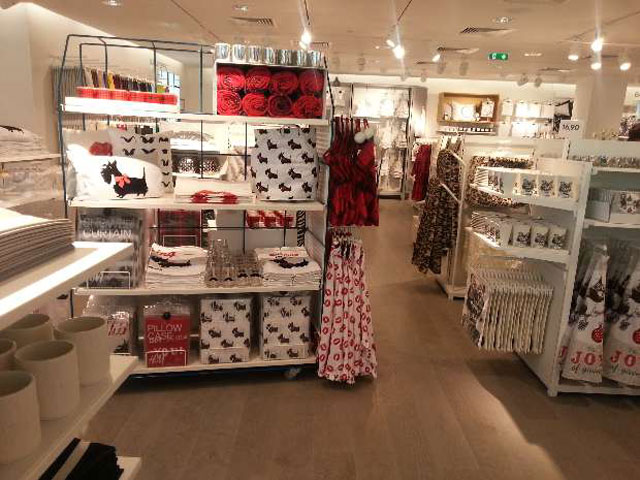 Swedish retailer H&M has finished expanding its store within the Afi Palace Cotroceni mall in Bucharest, the first it opened in Romania.

Opened in 2011, the store has become the retailer’s largest in the country, at 2,500 sqm. Adding an H&M Home area and expanding the store by a total of 800 sqm, the retailer has had a small wing built on to the mall to bring the additional space. Located near one of the mall’s entrances and marked with H&M’s logo, the addition covers two floors. The H&M Home area is located on the first floor.

Expanding the store took about three to four months, during which the shop remained open. The official re-launch under the larger format happened last weekend.

The H&M shop in Afi Palace Cotroceni exceeds the one at Unirea Shopping Center, on some 2,400 sqm, which used to be the largest in the retailer’s Romanian network, which comprises 31 shops.

The H&M Home concept was introduced in four locations in Romania so far, three of which in Bucharest – the Lipscani street shop, Promenada Mall and Afi, and one in Cluj, in the H&M shop in Polus mall.

The store on Lipscani street, which was H&M’s first street shop and the first large fashion brand to set foot in the Romanian capital’s Old Town, performed as expected in the first month after opening, according to H&M Romania’s representatives. Without disclosing figures, H&M reps said they welcome competition to the area, as it will mean more customers, and it will help Romanians get used to the idea of shopping in the Old Town, rather than just entertainment.

In recent news, Turkish retailer Koton will open a shop just across the street from H&M’s store in the Old Town.

With 31 shops in Romania, out of which 10 were opened in 2013, H&M hopes to keep the same opening pace in 2014 as well, and is currently negotiating for several new locations.

H&M’s sales in Romania increased by 38 percent year-on-year in the second quarter of the current fiscal year (period between March 1 and May 31, 2013), amounting to around €25 million (SEK 222 million), according to the company’s latest report. Expressed in local currency (RON), the rise in sales was even higher – 44 percent.