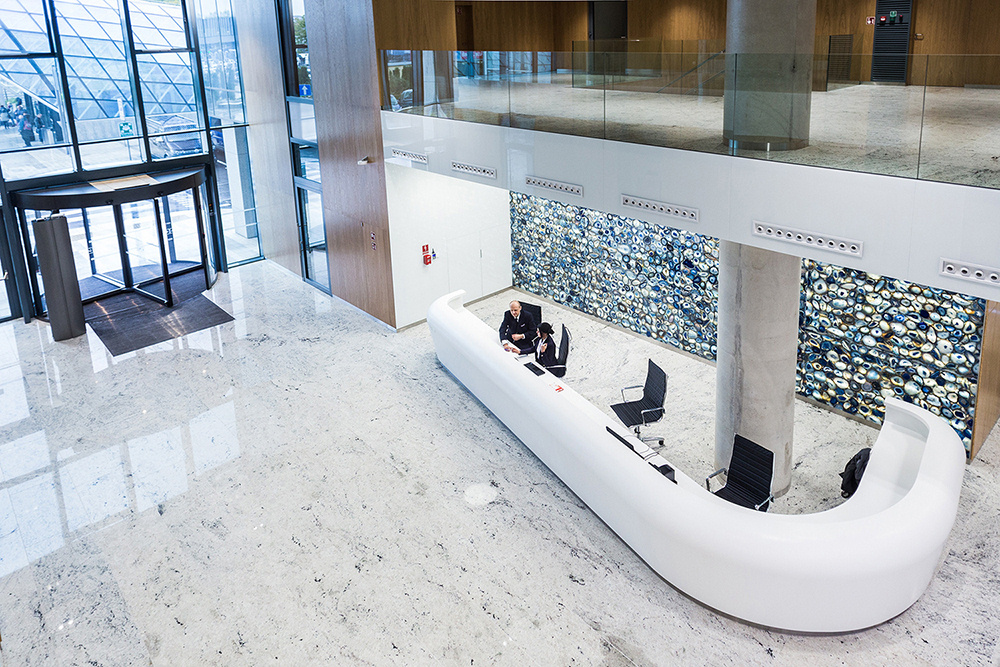 Construction of the first of two West Station office buildings, located in the immediate vicinity of the new Warszawa Zachodnia railway station, has completed. The well-positioned complex, seen from both Jerozolimskie Ave. and all passing trains, will soon welcome its first occupiers. Its developer, international real estate company HB Reavis, signed a loan contract to refinance the project.

West Station is a joint venture development by HB Reavis, PKP S.A. and Xcity Investment. The partners first delivered the new Warszawa Zachodnia railway station building last year. The neighbouring office building is the following step in creating a functional urban environment on this part of Jerozolimskie Ave. – available to both travellers and employees. As part of the project’s improved accessibility, investors reconstructed a nearby junction, and extended the bicycle lane linking the new office building with the city centre. HB Reavis has signed a loan contract with mBank for €45 million to refinance the development costs of West Station I.

With 75 percent of the building already being leased, the 14-storey West Station scheme will house offices of PKP Group companies among others. In additional to new office spaces, West Station I will accommodate a WARS restaurant, Costa Coffee café, as well as a bakery by Goraco Polecam Nowakowski.

“West Station offers high quality office space as well as green and open public space. The scheme’s major benefit is its excellent transport connection with the main railway line, several bus routes, as well as easy access to the S8 expressway and A2 motorway,” commented Stanislav Frnka, Country CEO at HB Reavis Poland. “The recently signed agreement for its refinancing only testifies to the outstanding quality of the completed building,” added Frnka.

“For PKP S.A., it is essential that the West Station complex, which includes the new railway station building, improves the Jerozolimskie Ave.’s access to trains and connections with bus transport both city- and nationwide. The integration of a variety of different public transportation modes, available to tenants, is one of most important aspects of our investments,” said Mirosław Pawłowski, President of the Board at PKP S.A.

“The West Station project is very interesting to us not only in view of its great location in direct neighbourhood of important transport hub but as well in view of direct involvement of two important partners – a reputable real estate developer and PKP group,” added Michał Popiołek, Director, Structured and Mezzanine Finance Department.

The second West Station building is due to complete in Q3 2017. The entire complex, designed by Polish architecture studio FS&P Arcus, will offer a total of 68,000 sqm of Grade A office space upon completion. West Station I has been awarded the BREEAM Interim certificate at “Excellent” level.