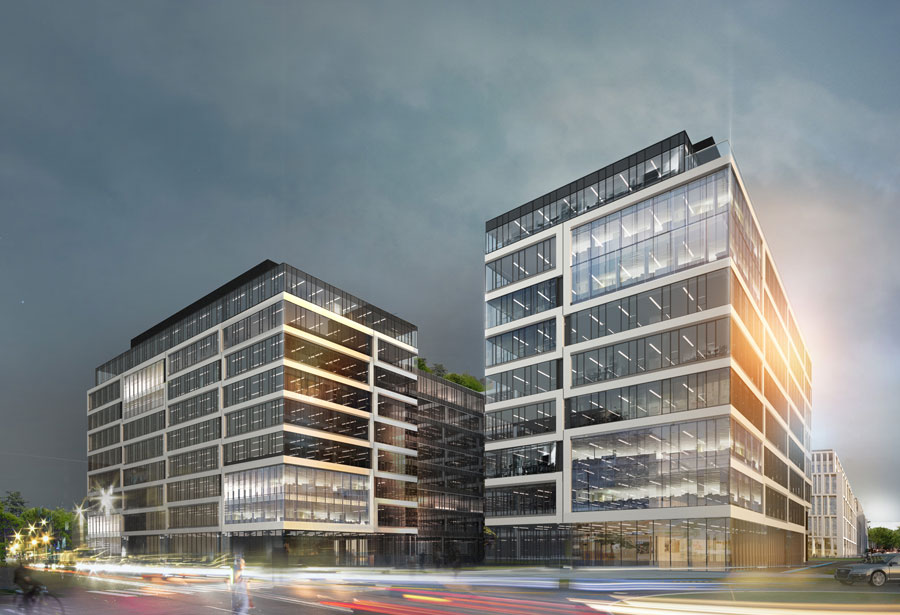 International real estate developer HB Reavis has successfully negotiated the sale of three of its prime Warsaw office schemes: Konstruktorska Business Center and buildings A and B of its Gdanski Business Center. These are the developer’s first divestments in the Polish market.
The combined value of the two deals makes it one of the largest transactions in Poland and the CEE region in 2016.

Konstruktorska Business Center has been acquired by international real estate investment company Golden Star Estate B.V. Separately HB Reavis has signed a preliminary sale agreement with Savills Investment Management on behalf of a global pension fund client for buildings A and B of the Gdanski Business Center. The deals come only one month after HB Reavis announced the sale of its London flagship development, 33 Central to, US bank Wells Fargo. The divestments are in-line with the developer’s strategy to recycle the capital from the assets it sells into new investments.

Marian Herman, CFO of HB Reavis said:” By completing the two deals in Poland we will have sold nine assets, to a value of three quarters of a billion euros, across our European portfolio in 2016. Our strong transaction track record this year demonstrates not only the quality and attractiveness of our assets, but also persisting confidence of institutional investors in the European markets despite the recent uncertainties across Europe following the UK’s vote to leave the EU. Poland in particular remains one of to the most favoured investment locations.”

HB Reavis has recently been recognised as the third largest office developer in Europe by PropertyEU’s prestigious annual ‘Top Developers Survey’. The completion of 273,000 sqm of commercial space between 2013-2015, as well as the company’s impressive pipeline of projects in Bratislava, Budapest, London, Warsaw and Prague, which are set to finish over the next few years, helped the Pan-European developer to secure one of the top spots.