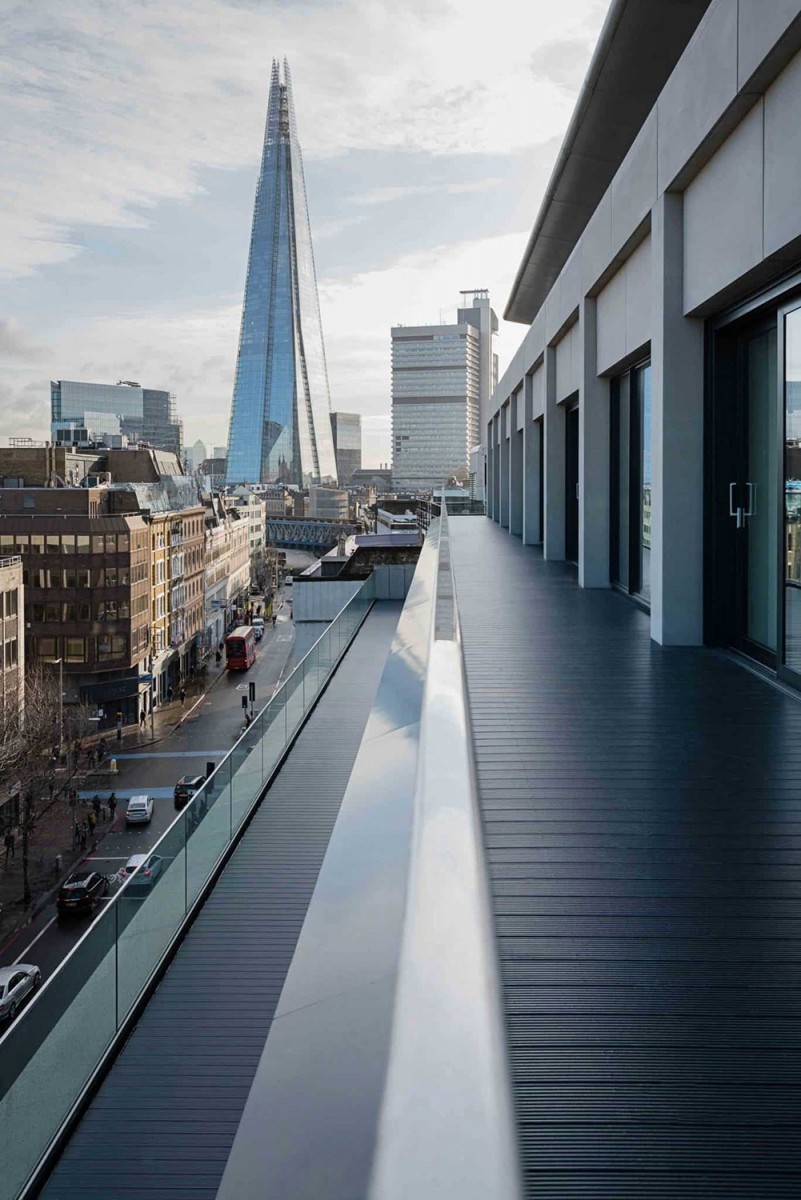 Located in London’s South Bank, one of the most desirable places to work and live in the city, Cooper & Southwark has been transformed from a dated building into a well-designed, contemporary office development.

The development involved reconfiguring the internal space to create an attractive, continuous office environment, achieved by extending the building and creating circa 11,900 sq ft of new workspace.

Cooper & Southwark’s location is also key to its appeal for employers seeking to attract and retain talent. It is situated close to major institutions and attractions including the Tate Modern, Borough Market and the Southbank Centre, as well as strategic transport connections at London Bridge, Blackfriars and Waterloo station. The area is well known for its rich history in brewing and barrel making, which the name ‘Cooper & Southwark’ references.

Steven Skinner, Transactional Director at HB Reavis, said: “We are delighted that CBRE have chosen Cooper & Southwark as the new home for its Southwark business and we look forward to welcoming them to our building later this year. We very much feel that CBRE’s decision to pre-lease the whole project reflects the quality of office-space we are delivering.

“From brand new commercial properties in the City of London, to development in Southwark, to taking on one of the largest central London schemes by Waterloo station, we are showing our dexterity, creativity and commitment to providing fresh, exciting space for London’s occupiers.”

Harish Ratna, Director at Tate Hindle said: “The transformation to make Cooper & Southwark fit for the 21st century has been both challenging and gratifying. We have worked with HB Reavis to re-imagine spaces to bring the outmoded office building back to life through a significant refurbishment and extension. With Southwark in the midst of rapid change as new and old buildings sit side by side, we aspired to knit the revitalised Cooper & Southwark not just to its immediate context but also to the neighbourhood beyond.”

In addition to Cooper & Southwark, HB Reavis’ London developments continue apace. It recently completed 33 Central, a 226,000 sq ft new build office, which was sold to Wells Fargo in 2017. The development on King William Street in the City was designed by John Robertson Architects and features a double height reception and a third of an acre rooftop garden. HB Reavis is also developing 20 Farringdon Street, a circa 85,000 sq ft office building set to complete in 2018. HB Reavis’ fourth scheme in London is Elizabeth House, a strategically important site adjacent to Waterloo station which was acquired in 2017 with planning permission for a circa 945,000 sq ft development. HB Reavis has since brought on board AHMM architects as design partner to create a new London landmark which will include design-led office space as well as huge public realm improvements.