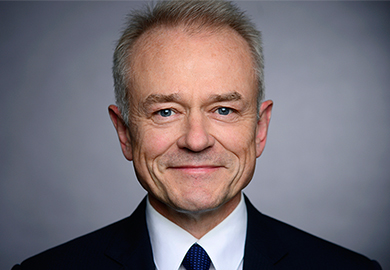 The steep year-on-year increase in the volume of disposals is explained by the portfolio sales and larger single-property deals that were transacted. Assets sold include the “N1” shopping centre in London-Islington, the office schemes 100 New Bridge Street and Friary Court in London, and the “Haus der Kommunikation” on Brienner Strasse in Munich. “We were rather active on the seller side in 2015, seizing the attractive exit opportunities that presented themselves within the framework of our cycle-based investment strategy, and thus achieving double-digit returns in London, among other places, and this before currency effects,” said Andreas Schultz, Managing Director of Warburg HIH Invest and in charge of the Transaction Management International division.

On the acquisition side, property developments accounted for more than half of the total volume realised. Acquisitions included the office building at Beethovenstraat 500 in Amsterdam and the East Side Office scheme in Berlin, among others. “Given the high prices in the core segment, buying property developments in an early project stage implies price advantages for investors,” elaborates Hans-Joachim Lehmann, Managing Director of HIH Group and in charge of its Transaction Management Germany division. “Since we are an integrated provider of all property-related services, having the required competencies in-house enables us to closely supervise a property development all the way to its completion. This way, we exploit the price advantage of the early acquisition while minimising the risks at the same time,” Lehmann added.

“The demand for bespoke solutions on the part of institutional investors remains as high as ever,” commented Alexander Eggert, Managing Director of Warburg-HIH Invest and in charge of its Product Development division. “Among the things we developed in 2015 were individual funds that let our investors pool their property investments in a single structure. It enabled them to earn extra returns and to enhance the control and reporting quality.”

Overall, the volume of investment products actively managed either on behalf of HIH Real Estate Group companies or for third parties totalled 11.6 billion euros by the end of the year.

For the real estate service divisions of the HIH Real Estate Group, 2015 meant a continuation of the successful performance seen in previous years. In the asset management division, for instance, the share of non-group third-party mandates was further expanded. The letting management signed around 170 leases in 2015, of which 70 percent represented new rentals whereas the remaining 30 percent were lease renewals. On the whole, the letting management now manages a total floor area of around 2.2 million sqm. The new rentals raised the occupancy rate to 95.3 percent by year-end 2015. Roughly, one in three leases signed in 2015 was negotiated on behalf of clients not part of the HIH Group.

The property management division also acquired a number of mandates of external clients, and increased the volume of properties under its management to 5.1 billion euros (2014: 4.8 billion euros). Revenues increased by roughly 10 percent overall, due mainly to the positive trend in technical services.

For the remainder of the ongoing financial year, HIH Real Estate Group intends to keep expanding its position as high-quality provider both in the area of investment solutions with a German and pan-European approach, and in the area of real estate services. As far as investments outside Germany go, the company will continue to focus on Western European countries like the Netherlands, Austria, France, and Spain, but moreover include the Nordics, Poland and the Czech Republic.

Both internationally and in Germany, the company will expand the retail property share. This segment will be covered by a team of experts headed by Dr. Ludwig Vogel who will join HIH Real Estate Group in early March. The investment focus is on high-street commercial properties as well as on retail warehouse parks in major German cities. Two investment funds with a corresponding focus are currently in the fundraising stage and under development, respectively.

While the appointment of Prof. Felix Schindler at the beginning of 2016 has already strengthened the research team, there are plans to expand it further. The Property Development division integrated an attractive development, Nikolai quarter, into the inner city of Hamburg by the end of 2015. Going forward, property developments will focus on acquisitions for proprietary investment funds – like the Nikolai quarter – and on construction projects on behalf of third parties as contracted developments.

“We exploited the favourable market environment in 2015 to generate attractive returns for our investors. At the same time, we streamlined our processes with the aim to act quickly on investment market opportunities, which is the key to success in the current market environment,” said Marienfeldt. “By further strengthening our service business and expanding our subsidiary IntReal we create the basis for operating successfully on the real estate investment market under the current and under changed parameters.”