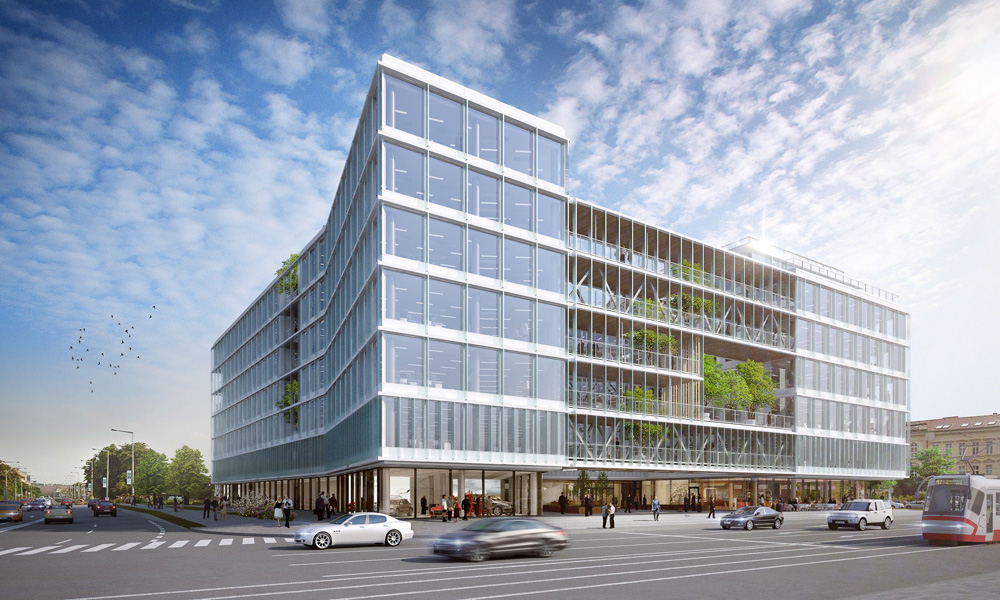 Holešovice as a second Karlín? Skanska will bring even more life into this popular Prague district – EuropaProperty

Holešovice in Prague has recently placed on a respectable 15th position in a survey by travellers. According to travel bloggers, it scored positively in all evaluated categories – culture, creativity and value – and thus is slowly catching up with famous European districts such as Kreuzberg in Berlin or Södermalm in Stockholm.

Holešovice had always lived its own secluded life in a way, separated from the noise of the city. Docks, factories, production halls – the industrial atmosphere in the seventh Prague district has recently come to life with new cultural and commercial plans, making this district a unique attraction for modern young travellers.

A number of factories in Holešovice have undergone a transformation into offices or residential premises. As life has returned to Holešovice, a whole range of clubs, restaurants and shops have opened there. Former production halls are now also used as venues for cultural events; examples include the La Fabrika theatre or the DOX centre of contemporary art.

In addition to revitalization of current buildings, many new buildings are being constructed in Holešovice. The construction boom fully took off in 2000 and new developer projects of residential houses and administration centres are now intertwined with original buildings in the district.

Despite the significant progress, not all parts of Holešovice have had a new start. For example, the surroundings of the Nádraží Holešovice Station remain neglected in spite of its perfect traffic accessibility. Changing this and kick-starting the development of this part of Holešovice is the goal of Skanska, which is currently building its unique project of an office hub called Visionary. By attracting companies into this often overlooked part of the city, Skanska strives to support the development of additional infrastructure – restaurants, sports facilities and cultural institutes.

“We selected Prague 7 for the Visionary project as it is one of the fastest developing districts,” said Marie Passburg, Managing Director of Skanska Property Czech Republic. “Companies prefer its advantageous location on a main traffic route with many attractive neighbours. The most popular attractions include the Stromovkapark, Holešovice market with farmer’s markets and well-known Vietnamese fast food places or the contemporary art in La Fabrika, Fair Palace, Dox or Jatka78.”

Visionary will be the first and the most modern office project located in the immediate vicinity of the Nádraží Holešovice subway station (at the corner of Plynární and Argentinská) and will have direct access to four types of public transportation – train, subway, buses and trams. Similar public transportation accessibility in Prague is available only in the Florenc and Smíchov stations.