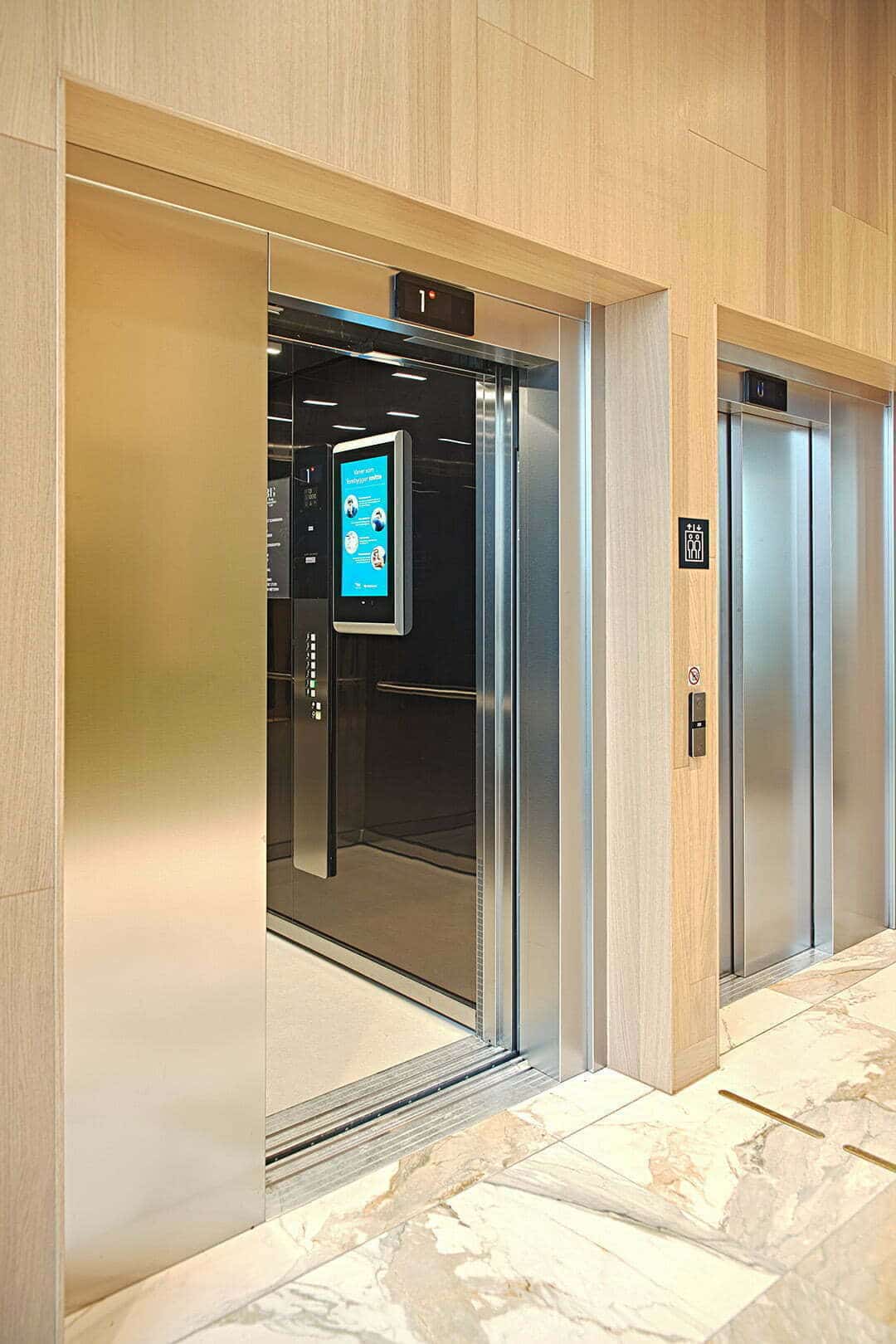 KONE, a leading global elevator and escalator company, has revealed unique data which illustrates how European cities have rebounded after the withdrawal of most restrictions on movement.

Moving more than one billion people with its equipment worldwide every day, KONE is constantly analysing the flow of people in major global cities by measuring the number of elevator journeys taken in buildings. The data set published by KONE covers the number of KONE elevator journeys taken in offices and hotels in major European cities from January to November 2022.

The overarching story is that tourists and office workers steadily returned to European cities throughout 2022, especially as workspaces have shifted to being purposeful and productive spaces again. But the pattern varies greatly.

Amsterdam tops the European table for the largest growth in hotel elevator journeys in 2022, with usage surging by 215 percent between January and October, when it peaked.

Closing out the top 10 European cities from a hotel elevator usage perspective was Helsinki with a 111 percent increase in the first 11 months of 2022, followed by Hamburg (106 percent), Stockholm (99 percent), Milan (71 percent), Paris (70 percent) and London, which saw a 50 percent rise.

Tessina Czerwinski, Director of Smart and Sustainable Cities at KONE, said: “In order to ensure the effectiveness of smart cities, it has been essential to be able to measure their performance and functioning. For instance, amid pandemic restrictions and ever since, companies, investors and commentators have been eager to know how cities are rebounding from the shock of the pandemic.

“To tell this story, we have been mostly reliant upon reports from technology that counts people on the street or arriving and departing transport hubs. Whilst invaluable during the pandemic, often this data has not been able to tell us how people are flowing around cities and has sometimes skewed our understanding of the ‘return to the office’ narrative.

“By analysing unconventional data collected from elevators in offices and hotels, interesting behavioural trends can be revealed. Each building had a different journey during COVID, and this data helps us to understand the impact of the human-centric changes which have taken place on a city level, further making cities smart by leveraging technology services for deeper insights.

“The increase of elevator starts in hotels points to the increase the amount of tourism after COVID measures were lifted in many countries. But the variance between cities might also reflect the growing trend of people choosing destinations based on sustainability and safety factors – and according to Booking.com, 83 percent of global travellers believe sustainable travel is important. On Amsterdam’s performance specifically, its city scale offers both the proximity of local entertainment and accessibility, as it is possible to walk or cycle to most places and avoid crowds.”

Milan and Stockholm took joint second place in the data findings with an 81 percent boost in the average number of journeys per office elevator. The top three cities were followed by Helsinki (69 percent), London and Munich (56 percent), Brussels (55 percent), Berlin (44 percent) and Hamburg (36 percent) and Paris (33 percent).

“We’re already seeing offices, as well as hotels, increasingly evolve into multi-functional spaces which better serve the needs of many instead of focusing on one specific use – and these forward-thinking spaces are better utilised around the clock. I believe offices will ultimately move towards hubs for knowledge sharing, community building and socialising.

“Employees now also demand more from their workspaces, to balance out the time invested in commuting, compared to remote work. The time now spent in the office is more focused on delivering greater purpose and productivity – and spaces as well as whole buildings need to adapt to these shifting priorities. The 15-minute neighbourhood concept and low carbon zones, which are growing in popularity globally, will also force us to rethink how we use and repurpose existing buildings, creating a new demand for retrofit in the medium term.”

Office elevator use in all major European cities dropped off in December owing to fewer people travelling in for work during the Christmas holiday season. The comparatively massive drop in office elevator use in London, which fell by almost a third (32 percent) stands out though. This drop in elevator journeys in December most likely shows the impact of industrial action by railway and London Underground staff, which triggered a reversion to working from home on a significant scale.