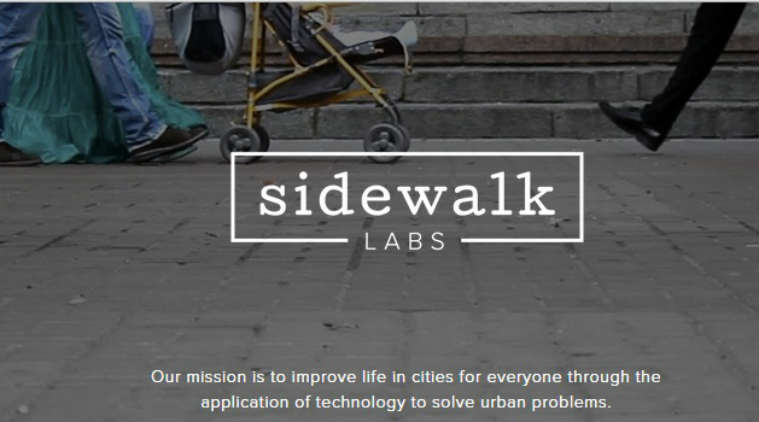 How would you like it if Google built your House? – EuropaProperty

Larry Page has always dreamt of building technological cities, and it seems like that dream is about to come true for the first time, in Canada.

Alphabet Inc, the parent company of Google has applied to develop a 12-hectare land in downtown Toronto, in collaboration with Sidewalk Labs LLC, another of its subsidiaries which deals with Urban Development Innovation.

Sidewalk Lab LLC is a new generation company, whose main objective is to improve the quality of urban life, using high technology based on the knowledge of the characteristics, the developmental dynamics and the needs of urban life. It intends to transform urban life to make the living space of the future affordable, flexible, to meet changing needs, and to develop more innovative and inclusive places.

Most details of the project are private, but the project would be mutually beneficial to the both parties involved. The deal, on the one hand, would be in line with the strategy of Sidewalk Lab, which is to build high-tech districts and cities from the scratch. The project would also fit into the information technology strategy of Canada, which is aimed at making the country become a world leader in digital innovation.

Gradually, the Canadian strategy is beginning to achieve its goal, and the impact is already been felt as follows:

Dan Doctoroff, Director of Sidewalk, has repeatedly emphasised that technologies such as, driverless transportation, public transport and shipping, and hyper-speed internet will fundamentally transform the functioning of future cities.

Last year, people at Sidewalk Labs began to openly talk about developing a theoretical urban zone using the same principles that had successful been used in the case of other technology companies, and where they could present the company’s ideas regarding urban planning.

Their main goal is to create viable and affordable cities where digital technology is integrated into the physical environment.

At the “Smart Cities NY17” Innovation Conference held in New York on May 3-6, 2017, Doctoroff had already indicated more specifically that the company is investigating the development of a ’large-scale district’. In his statement, he said that before Toronto, other locations, like Detroit and Denver have also been investigated.

This project could fundamentally alter the strategies of traditional real estate development. Most real estate investors and developers have already realized that modernisation, and the use of technological innovations can generate competitive advantage over other competitors, but no isolated independent projects can bring about an overall development or change.

Studies and expert predictions have shown that 70% of the world’s population will live in cities by 2050, and this will pose a major challenge to city leaders in relation to infrastructure, housing, transport, health and social care, among others.

Today Real Estate offers supply only, but does not generate demand. Human needs are dynamic, and they often change according to what technology allows them. Technology, however, has already become present in all areas of life, and is making life easier than it used to be, yet no one has ever undertaken the responsibility of integrating its endless potentials into a definite living space.

The biggest challenge for residential Real Estates is the growing demand and the shortage of housing units due to stagnant or slightly expanding supply, and purchase price, which is always on the hike. One of the main goals of Sidewalk Labs is to reduce the costs of housing construction, while building high-tech real estates.

According to a 2014 McKinsey study, affordable housing can be provided by the following key factors:

The aspirations of Sidewalk Labs are aimed towards this direction. They intend to treat buildings as standardized products according to certain criteria. They do not wish to undertake the whole construction onsite, but to manufacture most of the parts somewhere else, by specialized suppliers, before bringing them to the construction site.

With this strategy, optimum human resource use, productivity growth and uniform quality can be achieved. As a positive example, Sidewalk Labs engages the services of a European firm, the Swedish company Lindbäcks Bygg Ag, which has built quality properties according to the same modular system for years.

In terms of operating cost, Sidewalk Labs envisions the construction of high technology buildings using energy-saving or renewable energy. This, they seek to achieve by supporting the collaboration of real estate owners, for example, in the creation of joint procurement platforms.

In other words, Sidewalk Labs gives the “software” to the real estate, while the specialized suppliers and assembly plants provide the “hardware”.

With the Canadian project, Sidewalk Labs may break some fixed relationships that have been unchanged for centuries. The mutually beneficial relationship which exists between regulatory institutions, designers, developers and politicians, which considerably determines the high costs of real estate development, may change, and the whole process of real estate development may become more effective through a state-supported new strategy.

Sidewalk Labs’ vision for the complete project does not stop at the level of real estates. It extends to infrastructure, transport, and the provision of social care institutions. The real version of Sim City can be built before our eyes.

The plan is just a fiction today, but it is possible that we will soon be able to move into the first digital city.